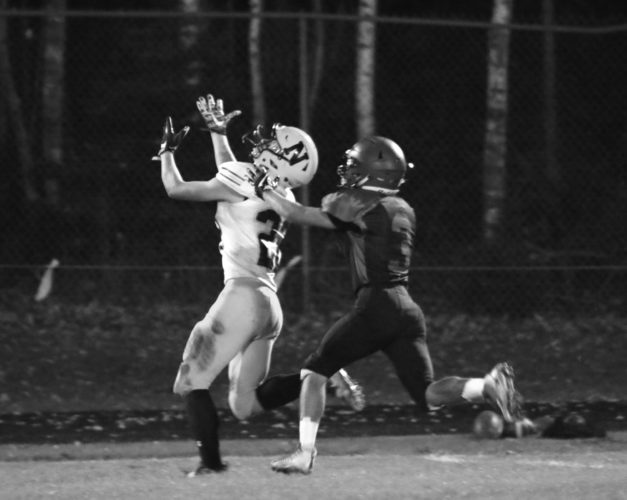 Patriots named Team of the Year in Class C

By RYAN STIEG Journal Sports Writer MARQUETTE — After achieving the best season in school history, it was no surprise Wednesday when the Westwood Patriots were named Class C Team of the Year at the annual Upper Peninsula Sportswriters and Sportscasters Association meeting. The Patriots ...

MARQUETTE — Newberry wide receiver Jeff Rahilly has had a solid football career and now he’s capped it off with a huge award. After helping lead the Indians to another playoff berth, Rahilly was named Small School Offensive Player of the Year at the annual Upper Peninsula Sportswriters ...

MARQUETTE — It’s impossible for every local nominee to earn a spot on the Upper Peninsula Sportswriters and Sportscasters Association teams. There’s just too many players and not enough spots. However, the ones that didn’t make it still got acknowledged by the group at its annual ... 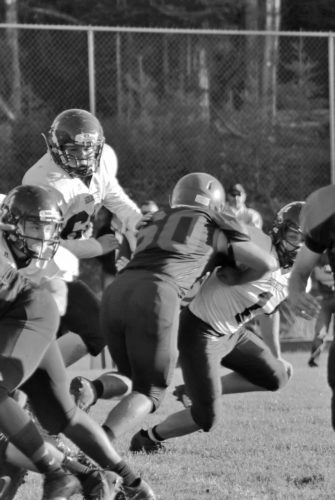 Gilles just misses out on Player of the Year honor

MARQUETTE — Westwood defensive end Sam Gilles has been a force all season long, stuffing opposing running backs and frequently pressuring quarterbacks. As a result of his play, Gilles earned two Mid-Peninsula Conference honors, and on Wednesday, he was named to the Upper Peninsula ... 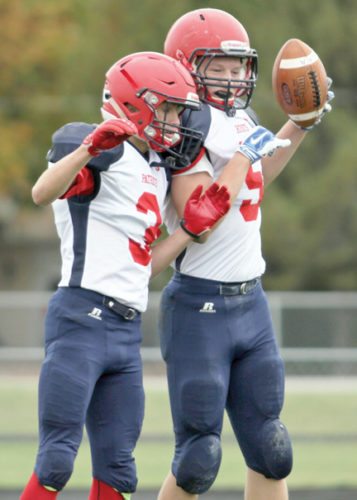 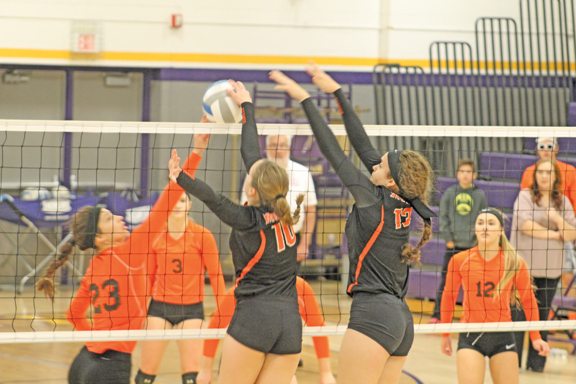 RAPID RIVER — The Munising Mustangs and the Rapid River Rockets cruised into the Class D volleyball district final tonight with dominant performances Wednesday as they swept their opposition away in the semifinals. Munising defeated Mid Peninsula while Rapid River took down Big Bay de Noc ... 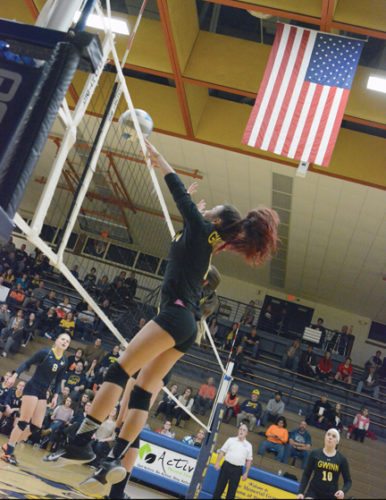 Back and forth to the end: Negaunee Miners give up leads to Gwinn only to pull out district volleyball opener in fifth set

"We knew that records aside, this is when it counted and we really wanted this one." — Sarah MacDonald, head coach, Negaunee volleyball --------------- NEGAUNEE — Ally Jacobson led Negaunee with 10 kills as the Miners fended off a Gwinn comeback to upset the Mid-Peninsula Conference ... 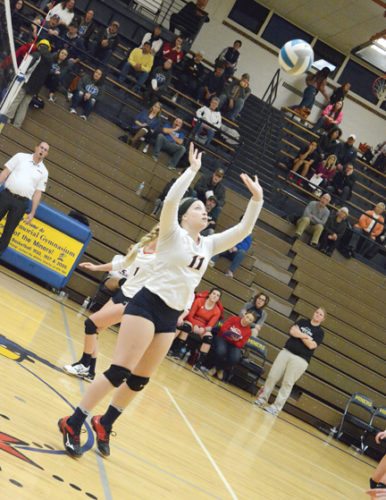 NEGAUNEE — Elizabeth Farley recorded 18 kills and 16 digs to lead Westwood team to a three-set victory over Ishpeming in the Class C volleyball district tournament held at Negaunee’s Lakeview Memorial Gymnasium on Tuesday. The Patriots won 25-17, 25-14, 25-10. “Overall I thought we ... 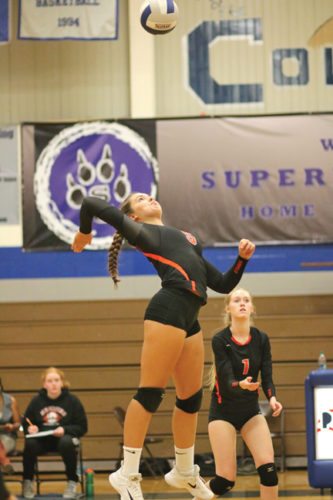 MARQUETTE — Led by Player of the Year Kianne Wendt, co-champion Munising placed five players and Superior Central had two on the Skyline Central Conference honors teams released by the league on Monday. Both Alger County schools had a member of the First Team and Second Team, with Munising ...

PETOSKEY — Marquette Senior High School bowed out of the MHSAA postseason tournament in its opening match on Tuesday night, falling in the Class A district that is being hosted by Alpena. The Redettes traveled to Petoskey in this nontraditional-format district, where the first round matches ... 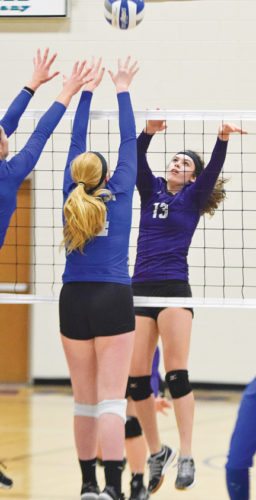 MARQUETTE — Munising advanced through the opening round of the MHSAA playoffs while exacting a bit of revenge on Alger County rival Superior Central on Monday night. After the Cougars pulled out a five-set victory over the Mustangs to close out the regular season on Thursday, Munising ... 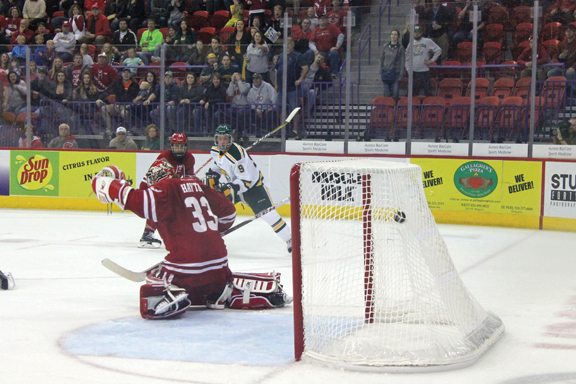 The best in sports photography from The Mining Journal for the week of Oct. 20-26 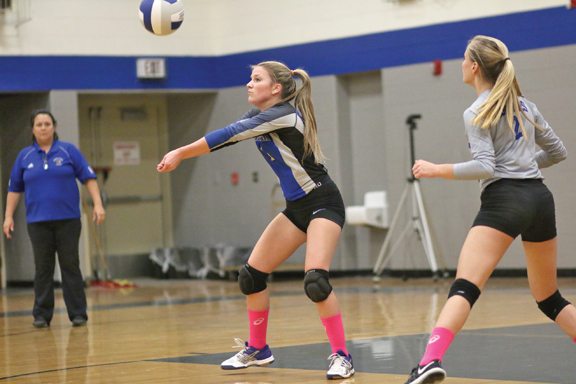 MARQUETTE — Just over half of area teams — six of 11 — begin the high school volleyball postseason tonight. The other five kick off their district tournaments on Tuesday night. Munising faces Superior Central at 7 p.m. today in Rapid River to kick off that Class D district. Newberry ...

By BRENDAN QUEALY Traverse City Record-Eagle ELK RAPIDS — The first offensive plays from scrimmage for both Elk Rapids and Westwood set the tone for the game in Saturday’s MHSAA Division-7 playoff contest. The Elks’ starting quarterback, Skyler Spangler, went down hard and hit ...

Munising falls in first round of Division 8 playoffs

By BEN MURPHY For the Journal GAYLORD — Munising has now become the latest victim of Gaylord St. Mary star running back Cal Gilling. The workhorse Snowbird torched the Mustangs for four touchdowns and 250 yards on Saturday, handing Munising a 28-14 Division 8 pre-district loss. ...

Newberry gridders fall in first round to Frankfort 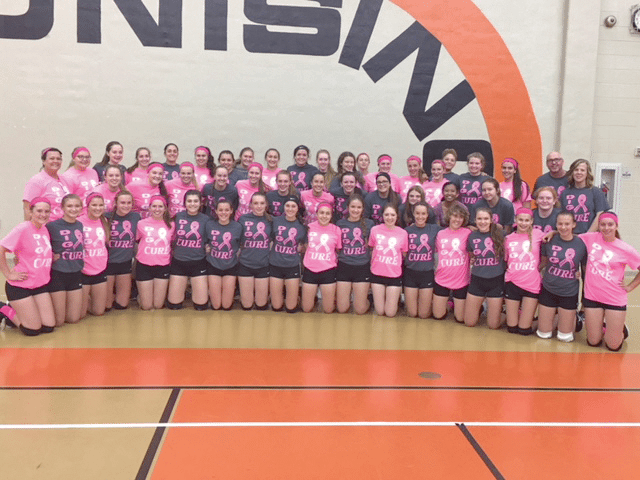 Munising, Superior Central volleyball squads team up for Dig For a Cure

Members of the Munising and Superior Central high school JV and varsity volleyball teams pose during the Alger County schools' cooperative Dig For a Cure night on Oct. 12 to raise money to battle cancer awareness and for research. Each team wore pink jerseys as a show of support. (Submitted photo) 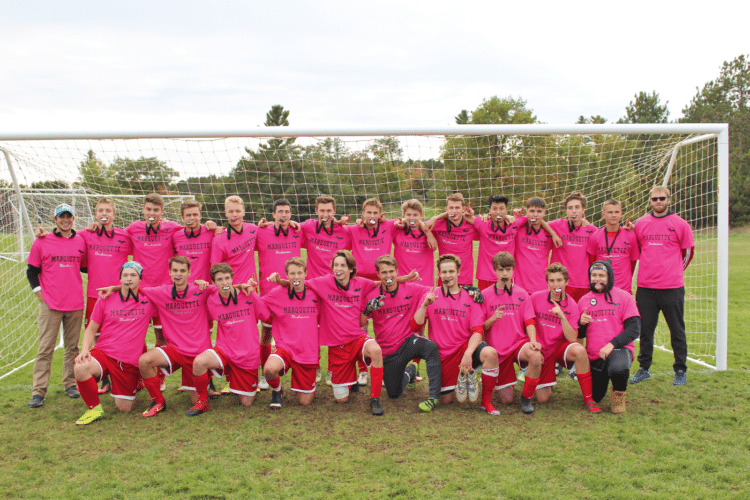 The Marquette Senior High School boys varsity soccer team won the championship of the Upper Peninsula Soccer Finals held at Kaufman Sports Complex in Marquette on Oct. 14. Behind the goalkeeping of Ben Noble, the Redmen won both of their games with shutouts. In the first game, a 2-0 win over ...