MARQUETTE — Fredrick Donckers immigrated to America from Belgium when he was 12 years old. He worked and lived a normal life, marrying at the age of 21. One day, during a hunting outing with his friends, their wagon hit a stump and toppled over. In the crash, Donckers’ gun fired, lodging ...

QUESTION: In 1915, there was a significant settlement on Middle Island including a machine shop, a boarding house for the more than 100 men employed there, two tugboats, a locomotive and a long dock. What were the men employed in doing? A. Cutting stone for the breakwater at the lower ... 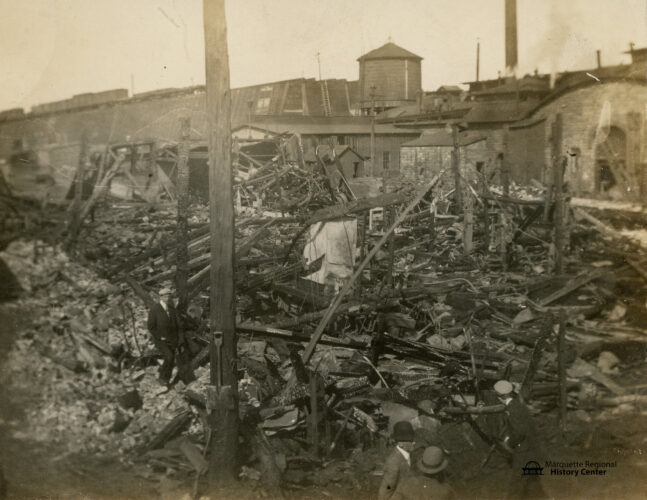 MARQUETTE — Fire and railroads have a long and intertwined history in Marquette. The Great Fire of 1868 started in the downtown shops of the Marquette and Ontonagon Railroad, while 42 years later one of the biggest fires in the history of South Marquette also took place at a rail facility, in ...

MARQUETTE — Leon Anthony Deglman was dubbed “The Hotel King.” When he died in 1947, he was the president and general manager of 4 large hotels in the Upper Peninsula. He was born in Mankato, Minnesota, in 1901. He attended school only through the 8th grade. By 1920 Leon, a sister, ...