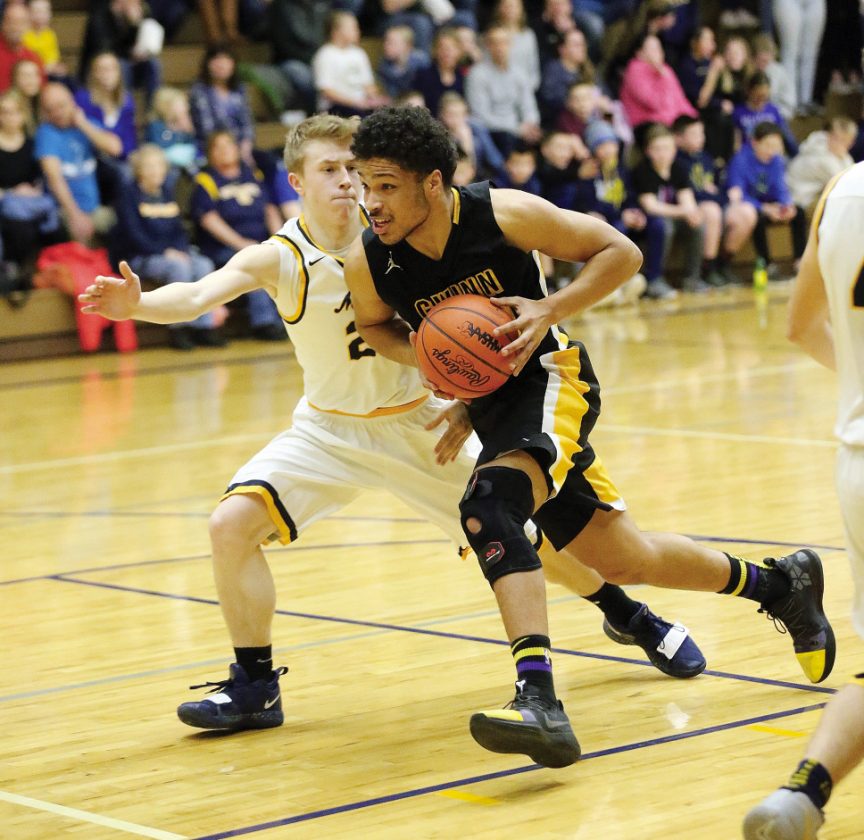 IRONWOOD — Four girls and one boy from Marquette County, along with a girls player from Baraga, will try to lift the Northern Michigan team to victories at the sixth annual Kiwanis Classic Border Bash being held in Ironwood this evening.

With all-star teams from northern Wisconsin providing the opposition, the games will be held at Gogebic Community College’s Lindquist Center, 6:30 p.m. EDT for the boys and 8 p.m. EDT for the girls. Each game will employ a 52-minute clock.

Like the Upper Peninsula All-Star games to be held in 10 days on Saturday, June 15, in Newberry, the players eligible for this game must be graduating seniors who have exhausted their high school playing eligibility.

The five area girls representing Northern Michigan are just about as decorated with awards, each earning All-U.P. First or Second Team mentions.

The game has attracted big crowds by also drawing in plenty of talent from the areas surrounding Ironwood — players from the western U.P. for the Northern Michigan and northwestern Wisconsin for Northern Wisconsin.

He also has had players of distinction from other areas, such as drawing three players from the record-breaking, three-time state champion North Central boys teams two years ago.

That made it easier to attract another talented roster this year, which includes members of four teams that have made recent trips to the state tournament.

“It’s been a lot easier recruiting,” said Russ Maki, who started the game in 2014 and continues to be its director. “It only took 2 1/2 weeks and I had 40 players because everybody has heard of the game now.

“Even the Clayton coach had heard of it,” he said, referring to a town in far western Wisconsin only about 50 miles from Minneapolis-St. Paul.

He also recruited a good group of coaches.

Longtime Ironwood coach Pete Lewinski will lead the Northern Michigan boys after leading the Red Devils to an undefeated Indianhead Conference season. He will go up against Northwestern, Wisconsin’s Nolan Graff, who took the Tigers to state last month in his first year on the job.

U.P. Sports Hall of Famer Dorene Ingalls will coach the Northern Michigan girls. She took St. Ignace to the state tournament finals for the 11th time in March before falling in the state championship game to Adrian Lenawee Christian. Her teams have won five state titles and been runner-up in four other instances.

“She said, ‘I’ll coach, you have a great thing going,'” Maki said. “Really happy to have her, she’s a great coach.”

Kevin Fall will lead the Northern Wisconsin girls after taking the Clayton Bears to the state tournament each of the past four seasons.

“I think in all the history of the Border Bash, we haven’t had coaches of this caliber coming here,” Maki said.

All four will also bring some talented players with them.

Griffen Revoyr became just the third player in Ironwood history to reach the 1,000-point mark this season. He was the top player on an Ironwood team that captivated the community as it won the first 17 games of the season.

Coveyou will play for Ingalls. She finished sixth in St. Ignace history with 1,547 points and averaged 23.1 points and 10.3 rebounds despite playing hurt all year.

Three Clayton girls will play for Northern Wisconsin — leading scorer Kailey Ketz, Alison Leslie and Kiana Fall. Ketz and Leslie both made the Wisconsin Basketball Coaches Association All-State team in Division 5. Fall was one of just 16 WIAA Scholar Athletes this year. She made a shot falling toward the basket at the buzzer in the 2018 sectional semifinal to keep their season alive.

“I was really happy and surprised they accepted and they were really honored to come here,” Maki said. “That’s going to be a good battle against the Michigan girls, especially (because they are) led by a 6-foot all-stater (Coveyou).”

Graff will be joined by his two of his boys players, Brody Payton, a Minnesota-Duluth football recruit, and Sam Risley. Graff, just 25 years old, also coached his younger brother, Jenner, this season at Northwestern.

Lewinski is excited for the opportunity.

“It’s very special because you’re coaching such talented players and it’s quite an honor to be selected, first time that I’ve been chosen. I’m looking forward to it, it should be a fun night,” the Ironwood coach said. “I’m trying to think of a few things I could do, but basically I’m going to let their talent take over and try to let them dictate what they’re going to do and basically let them have fun and showcase their skills.”

He is also happy to have another chance to coach Revoyr and to have local players like Bessemer’s Tyler Busch and Wakefield-Marenisco’s Mason Saubert on his side for a change. Busch led the Speed Boys to their first district title this season since 2004.

“(Revoyr’s) had a special season and a special career at Ironwood,” Lewinski said. “Mason Saubert, just an outstanding shooter and Busch is such a strong player and so tough inside. That’s going to be fun. (Carson Thewis) had a great career at Hurley, too. Tough player.”

Some other highlights include:

≤ Chassell’s Jenna Pietila was one of the best defenders on the Panthers’ run to the state championship game in 2018. She was an All-U.P. Second Team selection the last two seasons.

≤ Engadine’s Andrew Blanchard of the Northern Michigan boys was an all-state selection in Division 4.

≤ Athens’s Kenadi Diedrich of the Northern Wisconsin girls was a WIAA Scholar Athlete. Teammate Julia Manor of Northwood passed 1,000 career points in a regional final win over Hurley in February.

≤ Slam dunk, 3-point and free throw competitions will be held. Trophies measuring 46 inches tall will be given to the Most Valuable Players for each game.