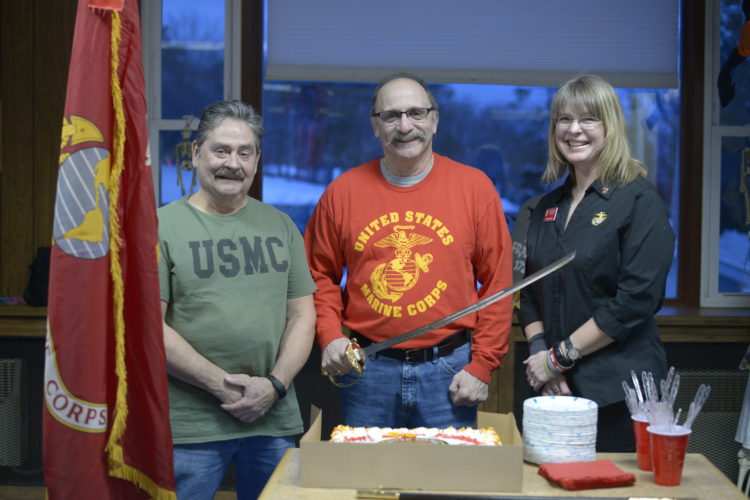 MARQUETTE — The annual Trim the Tree for Special Olympics event will be held from 5-7 p.m. on Dec. 6 at the Holiday Inn of Marquette. The event raises funds in support of the many sports throughout the year that Special Olympics athletes compete in and enjoy. Vendors — restaurants and ...

EDITOR’S NOTE: Superiorland Yesterdays is prepared by the reference staff at the Peter White Public Library in Marquette. 30 years ago MARQUETTE — The Women’s Center in Marquette will host an open house from noon to 5 p.m. Wednesday in observance of Displaced Homemaker Week. Through ...

MARQUETTE — After two commissioners are sworn in by the city clerk, the Marquette City Commission will elect a mayor and mayor pro tem at its organizational meeting. City Clerk Kris Hazeres will administer the oath of office tonight to new commissioner Jenn Hill and incumbent Jenna Smith, ...

MARQUETTE — Veterans Day coincides with the 100th anniversary of the end of World War I. Under the leadership of President James Kaye, Northern State Normal School, now Northern Michigan University, participated in WWI regionally, nationally and abroad, a press release from the school states. ... 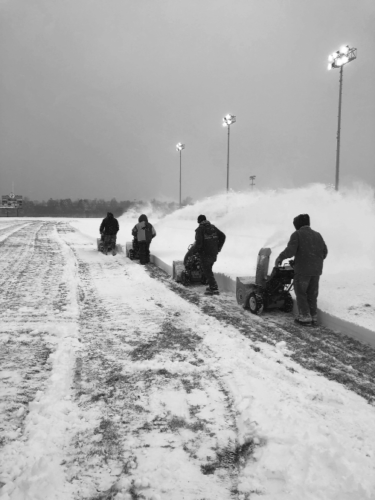 Above left, Workers from Gundlach Champion work to clear up debris from a scaffolding collapse that took place sometime late Friday night or early Saturday morning at the site of one of the company’s projects, One Marquette Place, 401 S. Lakeshore Blvd., Marquette. Heavy winds hit the ...

Waste cart deliveries postponed MARQUETTE — Waste Management has postponed the delivery of carts to Marquette residents, which was supposed to occur on Monday and Tuesday, due to an ordering error, according to a city press release. An announcement will be made when Waste Management ...

MARQUETTE — The community will have a chance to come together on Sunday to raise stroke awareness while supporting Zac DeForge, a 26-year-old stroke survivor from Atlantic Mine. The fundraising event, which will be held from 4 to 7 p.m. Sunday at the Masonic Temple along West Washington ...

MARQUETTE — The Music Department at Northern Michigan University is presenting a Veterans Day choral concert that will feature patriotic American songs from different war periods and guest speakers from different branches of the military. The event is scheduled for 3 p.m. Sunday in Reynolds ...

GWINN — A shot was fired at a black bear reportedly acting aggressively early Thursday evening. The Forsyth Township Police Department said that around 6 p.m. in the 3000 block of Marquette County Road 456, a bear reportedly came at an individual, which resulted in the shot being fired at ... 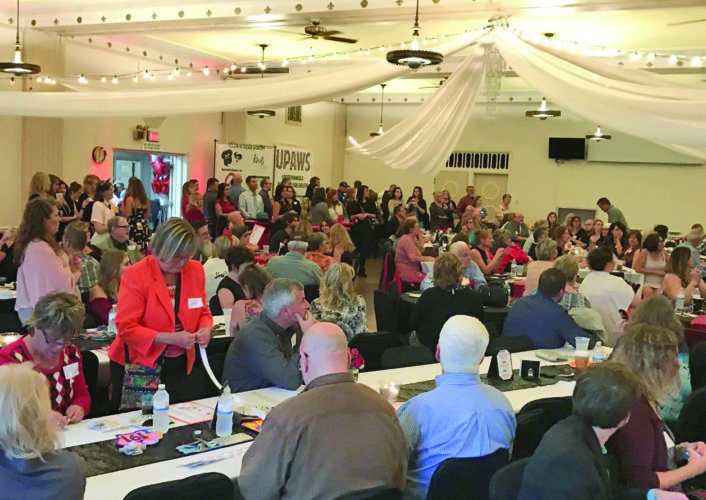 Cause for Paws Gala set for Saturday

MARQUETTE — The 230 attendees of this year’s annual Upper Peninsula Animal Welfare Shelter Cause for Paws Gala will wear animal ears, dress up as crazy cat ladies and even try to resemble their dog for the red carpet event to be held Saturday. All proceeds from UPAWS largest fundraiser ...

The popular and beloved musical, Meredith Wilson’s “The Music Man” marches into Kaufman Auditorium at 7 p.m. today and Saturday, performed by Marquette Senior High School and beautifully directed by Amber Christunas. “The Music Man” delivers on every level, from the orchestra, the ...

NEGAUNEE — The Negaunee City Council will consider a first reading of a proposed property maintenance code during a meeting at 7 p.m. tonight at the Negaunee Senior Center. The code, drafted under the direction of a six-member Special Advisory Committee on Blight Resolution, is intended to ...

Art reception to be held in L’Anse

L’ANSE — The public is invited to join in as Baraga County artists network with the local business community at an art reception Friday for the Baraga County Chamber of Commerce art gallery located at 2 E. Broad St. in L’Anse. The chamber gallery will feature artists of Baraga County, ...

MARQUETTE — The Marquette Male Chorus will be performing its fall concert entitled “Music in the Air” Friday at Hope First United Methodist Church, 111 E. Ridge St., Marquette. The concert begins at 7:30 p.m. and tickets are $10 for adults and $5 for children and seniors. This ...

NEGAUNEE — Since the publication of Monday’s Scene Nightlife section, a band has changed its booking for Saturday. Buick Junction is now playing at Jackson’s Pit in Negaunee at 9:30 p.m. Saturday.

MARQUETTE — The city of Marquette wants people to know that Marquette County will be conducting audible fire alarm testing at the Marquette City Hall Thursday.

MARQUETTE — Presque Isle Park in Marquette is now open from 7 a.m. to 8 p.m., according to a press release from the city of Marquette.