Elks to host wine, beer fest tonight NEGAUNEE — The Negaunee Lady Elks are hosting a wine/beer fest at the Negaunee Elks Lodge from 7-11 p.m. today. Tickets are available at the door: 3 tickets for $15 for wine, craft beer, hors d’oeuvres, raffles and musical entertainment by Pierre ... 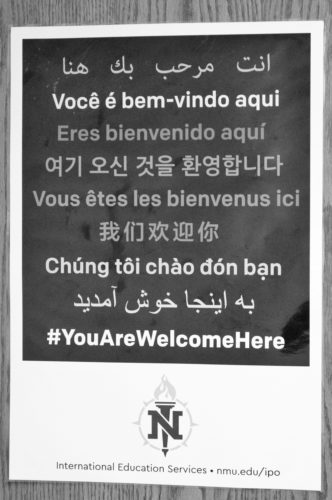 ‘You Are Welcome Here’

MARQUETTE — Many downtown Marquette businesses are displaying posters in their windows with the message “You Are Welcome Here” in multiple languages. Northern Michigan University staff members delivered the posters as part of a campaign designed to strengthen international students’ ...

EDITOR’S NOTE: The following information is collected from Marquette City Police Department dispatch log books recorded at the time the calls were received. The incidents reported may have proven to be unfounded once police investigated. Some log entries may be edited or omitted due to space ...

EDITOR’S NOTE: Superiorland Yesterdays is prepared by the reference staff at the Peter White Public Library in Marquette. 30 years ago MARQUETTE — Specific attractions can convince travelers to come to the Upper Peninsula and also determine how long they spend here, according to a survey ...

ISHPEMING — Three people were hospitalized with minor injuries after a two-vehicle crash Thursday at the intersection of U.S. 41 West and North Lake Drive in Ishpeming Township The crash occurred around 4:30 p.m., according to a Marquette County Sheriff’s Office press release. A brown ... 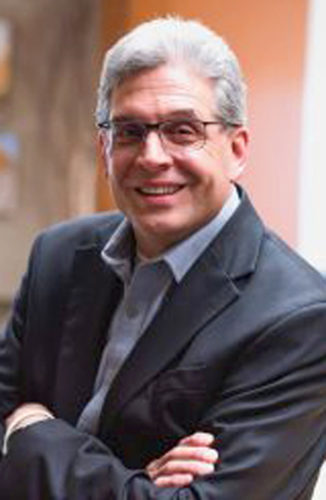 MARQUETTE— An exhibit of weavings about women from Wisconsin’s 12 tribes titled Ancestral Women from award-winning jacquard weaver Mary Burns opens today at The Beaumier Upper Peninsula Heritage Center in Marquette. There will be an opening ceremony at the gallery at 1 p.m. Followed by a ...

DETROIT — Two new cyber hubs in Marquette and Flint will open as part of the Michigan Cyber Range Network, Gov. Rick Snyder announced Monday at the North American Cyber Summit. The hubs at Northern Michigan University and at the University of Michigan-Flint are planned to open in ... 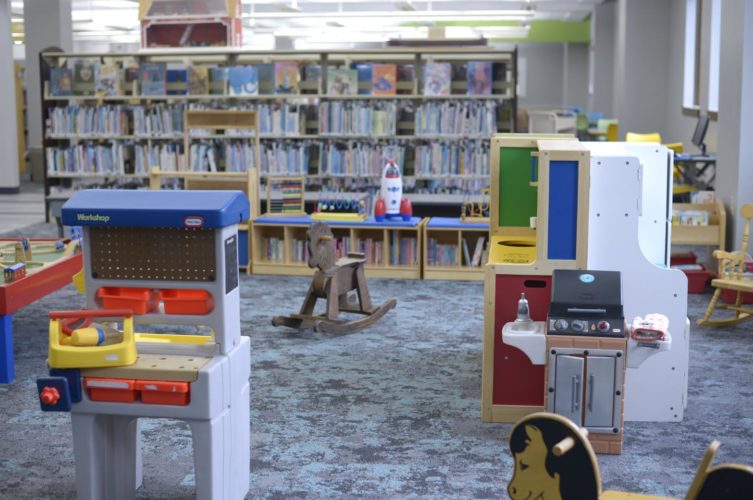 The Youth Services Department is now in operation in its newly renovated space at the Peter White Public Library in Marquette. Renovations include new carpeting, a small expansion, additional storage space as well as some new features for patrons to enjoy, such as a Tween Zone. This is an area ...

EAST LANSING —The U.S. Department of Agriculture has funding available through two conservation initiatives to improve forest wildlife habitat and water quality in the Upper Peninsula and northern Michigan. Private forestland owners who submit applications by Friday may be eligible for ...

LANSING — More than a dozen conservation organizations, units of government and nonprofit groups have been awarded a total of roughly $1.04 million in Michigan Department of Natural Resources Wildlife Habitat Grants for projects to be completed by Sept. 30, 2020. The money will support ...

MARQUETTE — St. Christopher’s Harvest Bazaar will be from 9 a.m. to 1 p.m. Saturday. The event will feature crafts, books, a bake sale and a country store. Lunch will be available. The church is located at the corner of Badger and Ontario in Marquette Township. 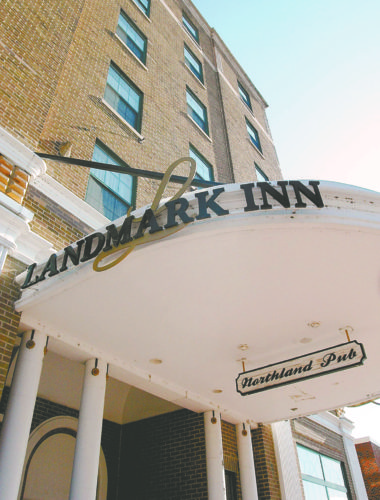 Local tales of the supernatural

MARQUETTE — While staying at a hotel in Sault Ste. Marie, Jennifer Billock, the author of “Ghosts of Michigan’s Upper Peninsula,” had her covers ripped off of her during the night even though she was alone. About 15 years ago, local maritime historian and author Fred Stonehouse was on ... 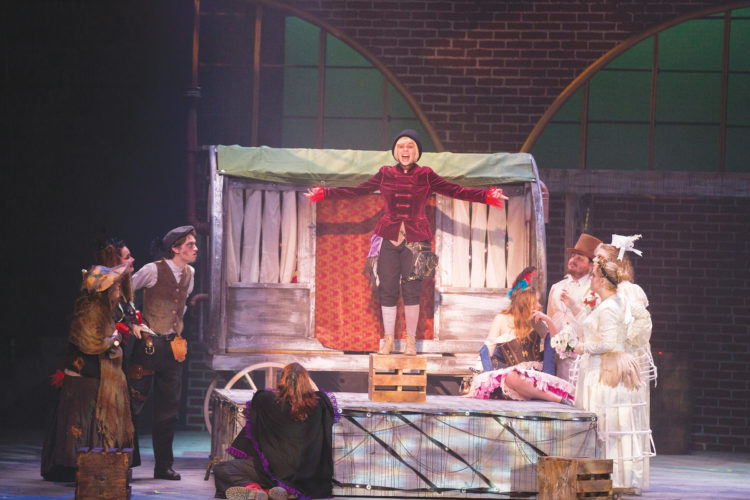 MARQUETTE — In the director’s notes for Sweeney Todd, currently being staged at Northern Michigan University’s Forest Roberts Theatre, director Keli Crawford- Truckey smartly asks the question before her audience does: Who would choose to write a musical about murder and cannibalism? She ...

MARQUETTE — An informational meeting about a new group starting for youth will be at 7 p.m. Thursday in the Shiras Room of the Peter White Public Library in Marquette. Youth ages 11-13 (or grades five through seven) and their parents are invited to learn about the program “Junior Youth ...

Presentation on vaping coming up

MARQUETTE — Vaping has become increasingly popular over the past year and is now involving more high school students than ever. Marquette Area Public Schools will be hosting an event to help parents be better informed about vaping. “Clearing the Air - An Informative Meeting on Vaping” ...