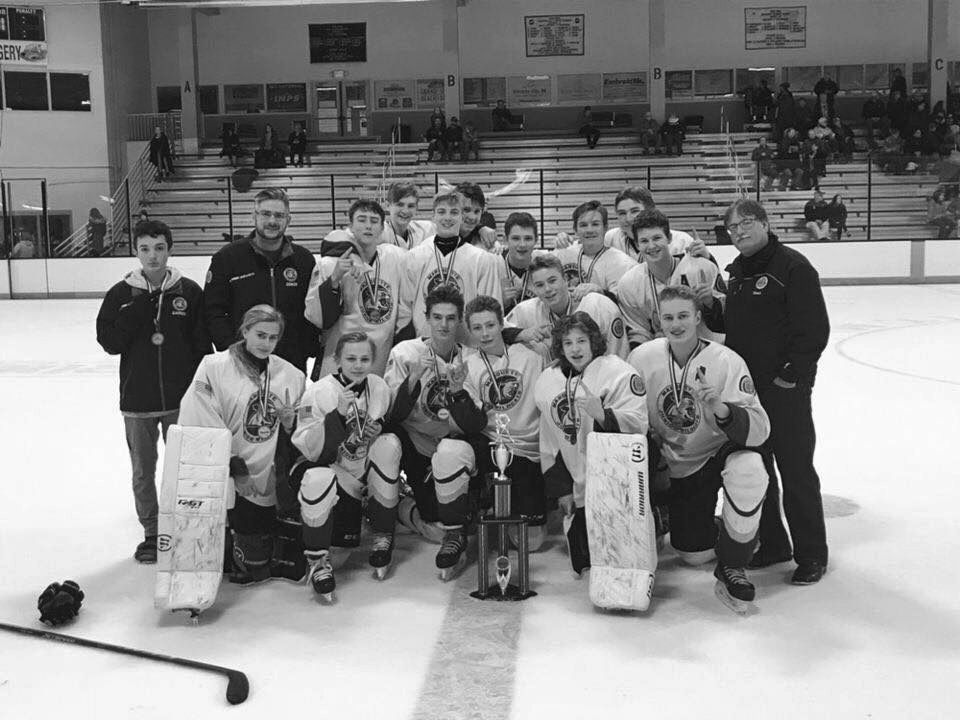 The Marquette American Legion Junior Wildcat Under-14 hockey team went undefeated in winning the Grand Traverse Hockey Tournament in Traverse City the weekend of Dec. 7-9. The team improved its record to 26-1-1 with the victories. (Submitted photo)

After defating the host squad in the championship game 3-1, the Junior Wildcats improved their season record to 26-1-1.

In the finals, Cole Ranta had two goals and Theo Adams one as goaltender Liam Beerman picked up the win.

Legion also defeated Traverse City 3-1 in pool play, the same score it defeated that team in the championship. Sides, Matthew Johnson and Holden Hutter tallied goals while Beerman picked up the net win.

The Wildcats also defeated Fox Motors of the Detroit area 5-0. Ranta had a pair of goals, while Brayden Grange, Sides and Phillips each tallied one. Beerman picked up the shutout in net.

Legion also defeated the Sault Ste. Marie, Ontario, Greyhounds 9-0. Dellies and Ranta each had three-goal hat tricks, while Joe DeMattia, Sides and Grange each chipped in a goal. Byczek picked up the shutout.