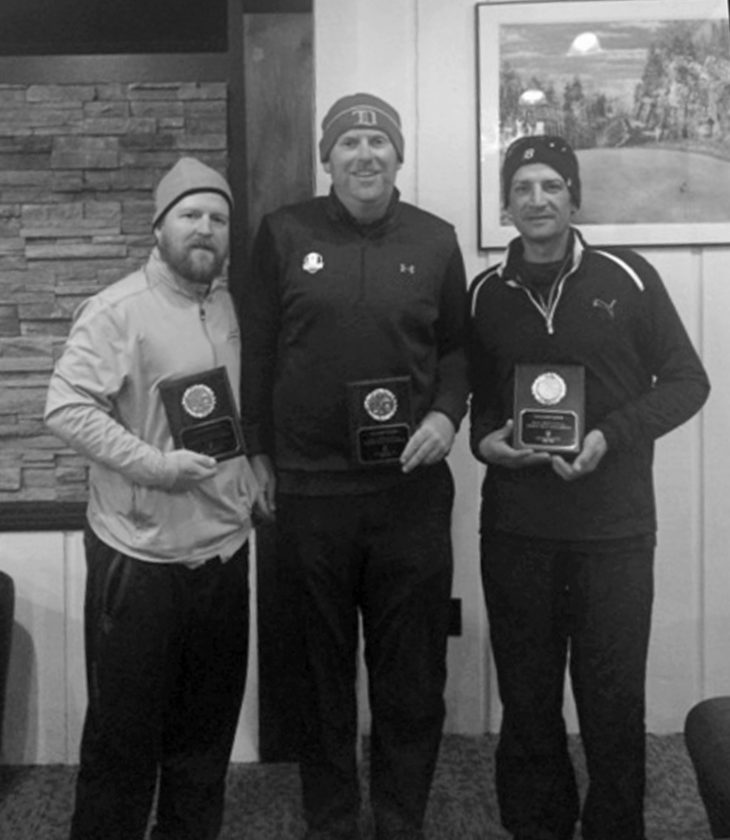 This winning trio, from left, KC Bjorne, Dan McCuthcheon, and Dan Nygard, won the Marquette Golf Club's Fall 3-Man Scramble on Sept. 23 on the Greywalls course. They shot 61 on the opening day and 59 the second day for 120 and a two-stroke victory over two other teams. (Submitted photo)

They and the other teams braved brisk September weather.

Bjorne, Nygard and McCutcheon carded 61 the opening day for a 120 total, two strokes better than two other trios — Dennis Hruska, Scott Koski and Tom Robinson, who had 60-62–122, and Ryan Kolbus, Scott Prunick and Bailey (no second name provided), who had 61-61–122.