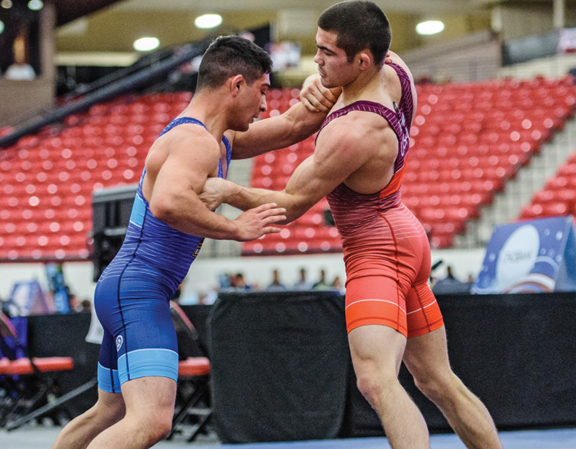 On the Net: For the original USA Wrestling press release, visit https://www.teamusa.org/USA-Wrestling/Features/2020/

Max Nowry while at the World Championships in Kazakhstan in September 2019. (Tony Rotundo/United World Wrestling photo)

Max Nowry, left, has his hand raised as the winner of a 55-kilogram (121-pound) match against Germany’s Fabian Schmitt at the World Championships in Kazakhstan in September 2019. (Kadir Caliskan/United World Wrestling photo)

Nowry, 30, was a resident athlete at the U.S. Olympic Education Center at NMU from 2008-13, then joined the U.S. Army in May 2013 and has continued to wrestle there, making the past two national teams. 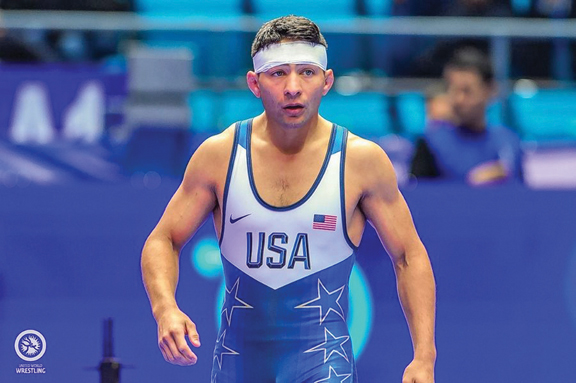 Max Nowry while at the World Championships in Kazakhstan in September 2019. (Tony Rotundo/United World Wrestling photo)

Nowry, the top ranked U.S. wrestler at 55 kg, won his first match and then reached the quarterfinals at the Worlds, where he dropped a one-point match to eventual silver medalist Khorlan Zhakansha of Kazakhstan. Nowry was drawn back into repechage, won his next match, then was beaten by 2018 World champion Eldaniz Azizli of Azerbaijan in the bronze-medal round.

In wrestling, repechage allows an athlete from an early round who loses to one of the top finishers to continue competing in a consolation bracket, often for the third-place bronze medal.

Nowry qualified for his first Senior World Team with a two-match victory over Brady Koontz in Final X: Rutgers in June. Nowry moved directly into Final X by winning the U.S. Open in Las Vegas in April 2019, defeating Dalton Duffield in the finals, 5-3.

At the Armed Forces Championships at Fort Bliss, Texas, in February 2019, Nowry was a double champion for the second straight year, going unbeaten on the way to titles in both Greco-Roman and freestyle.

He won medals in five international tournaments in 2019, including a freestyle bronze medal at the World Military Games in Wuhan, China, in October. 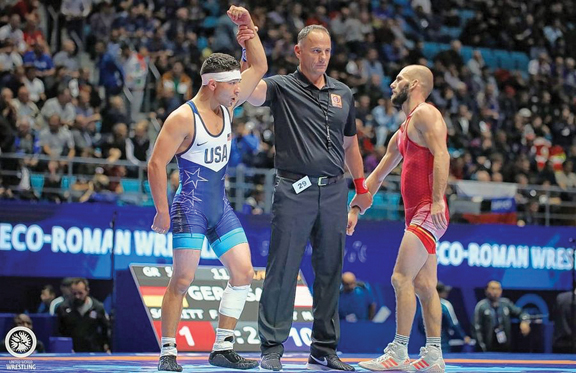 Max Nowry, left, has his hand raised as the winner of a 55-kilogram (121-pound) match against Germany's Fabian Schmitt at the World Championships in Kazakhstan in September 2019. (Kadir Caliskan/United World Wrestling photo)

His Greco-Roman medals included his second career gold medal in the Pan American Championships with a victory in Buenos Aires, Argentina, in April. In November, he added silver medals at both the Bill Farrell International in New York and the Haparanda Cup in Sweden. Nowry was also a bronze medalist at the Poland Open in August.

His reported plans are still to prepare for the Olympic Trials with an eye on the 2020 Tokyo Summer Olympics being held in 2021 because of the coronavirus pandemic.

While at the USOEC, Nowry was a 2012 University World champion in Greco-Roman wrestling. He has competed on five U.S. age-group World teams, three at the University level and two at the Junior level.

The Wheeling, Illinois, native has been on the Greco-Roman national team five times, including holding the No. 2 ranking in 2012 and 2018. Nowry was second in the 2012 U.S. Olympic Team trials, also while at the USOEC.

Nowry is a U.S. Army staff sergeant and a member of the Army World Class Athlete program. 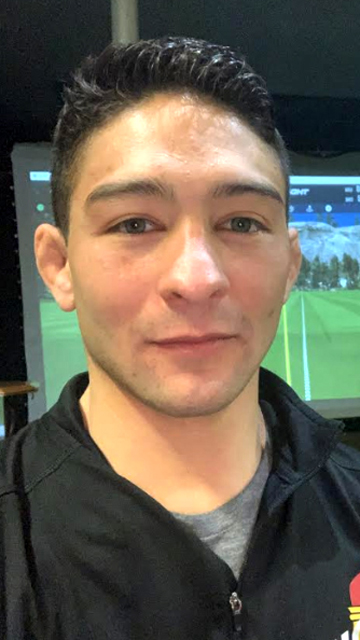