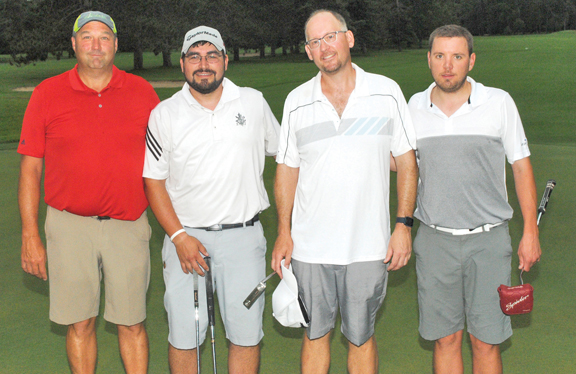 IRON MOUNTAIN — A 25-foot uphill birdie putt on the second playoff hole clinched the championship for a pair of Dickinson County golfers over their visitors from Marquette at the Upper Peninsula Men’s Best Ball Tournament held June 17 at Pine Grove Country Club.

Tom LaVigne of Iron Mountain watched playing partner Chad Tirschel of Norway snake in the winning putt on the 18th green after they and Dennis Hruska and Scott Koski of Marquette each parred the first extra hole at No. 1.

With rain wiping out Saturday’s round and Pine Grove playing to a par-71 on Father’s Day, the Tirschel-LaVigne and Hruska-Koski tandems each shot 68 in regulation.

Bujold and Ward were named winners of the first flight, while the others were part of the championship flight.