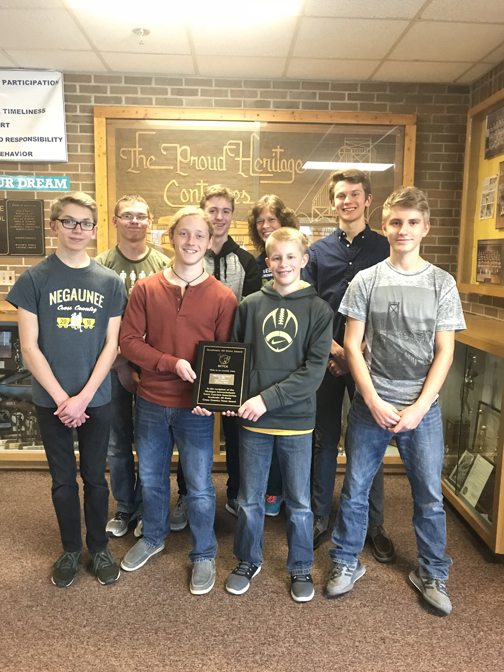 The Negaunee High School boys and girls cross country teams were awarded academic all-state honors by the Michigan Interscholastic Track Coaches Association in November. The Miners had the highest grade-point average of all Upper Peninsula Division 1 boys teams and girls teams. The boys were at 4.0 and the girls at 3.997. The award is determined by taking the average GPA of the top five runners at the MHSAA U.P. Finals.