Veterans to be honored tonight: Locals to be recognized at Lakeview Memorial Gym in Negaunee 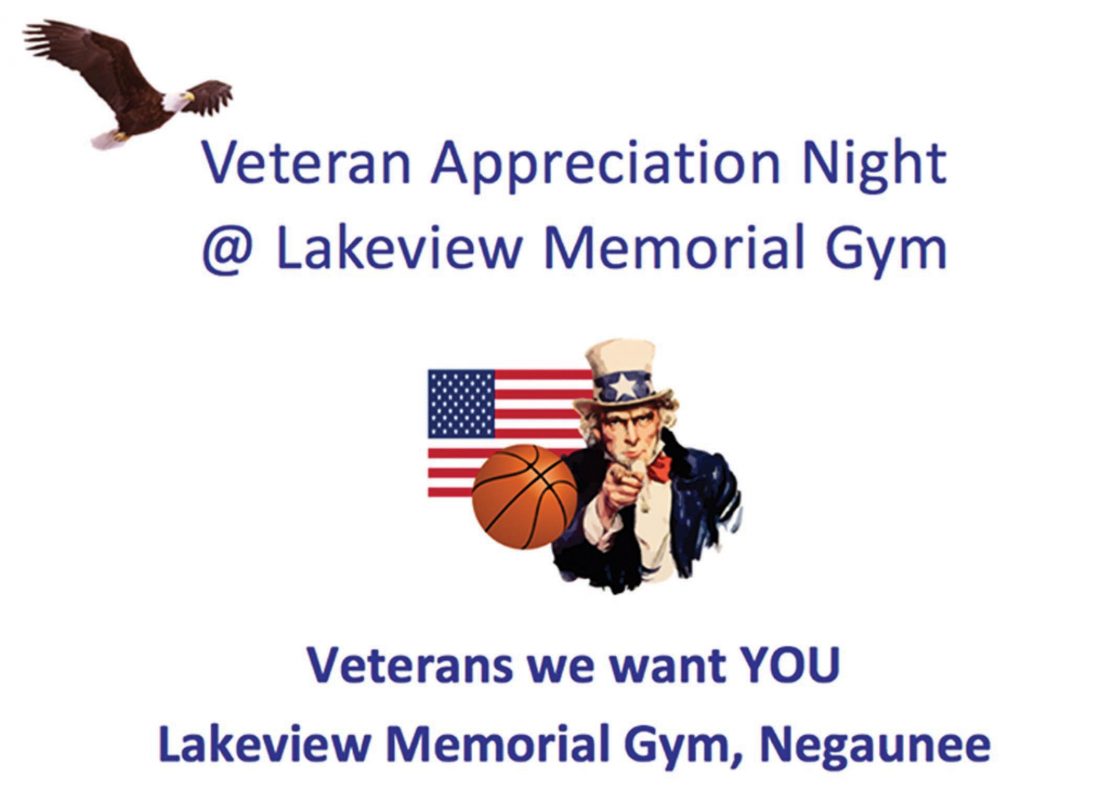 NEGAUNEE–Those who have served in the U.S. Armed Forces will be publicly recognized and thanked by some of those they served this week.

Area military veterans will be honored during the Negaunee vs. Westwood boys arsity basketball game at 7 p.m. today at in Lakeview Memorial Gym in Negaunee.

Negaunee Public Schools Superintendent Dan Skewis said this is the second year that the district is hosting the event.

“Last year, we were hopeful that 30 veterans would participate,” Skewis said in an email Thursday. “We were pleasantly surprised when the final count was 98 veterans. Our hope is to have even more this year.”

Skewis said it is important for students to understand how many veterans live and work in the community.

“To hold a night event like this, it allows more people to participate as veterans and also attend as spectators,” Skewis said. “What stood out more than anything last year was the look on our students’ faces as the veterans walked out onto the floor. The veterans ranged in age from 24-99. It was great to see. The best thing to come out of last year’s event was the deeper appreciation our students now have toward the veterans in our community.”

Veterans will receive free admission to the game again this year and will be honored with a ceremony to recognize their service prior to the start of the game, he said.

Veterans who wish to participate are asked to meet in the lower lobby entrance of the gym no later than 7 p.m., an NPS press release states.