Celebration to be held at Marquette Regional History Center Saturday 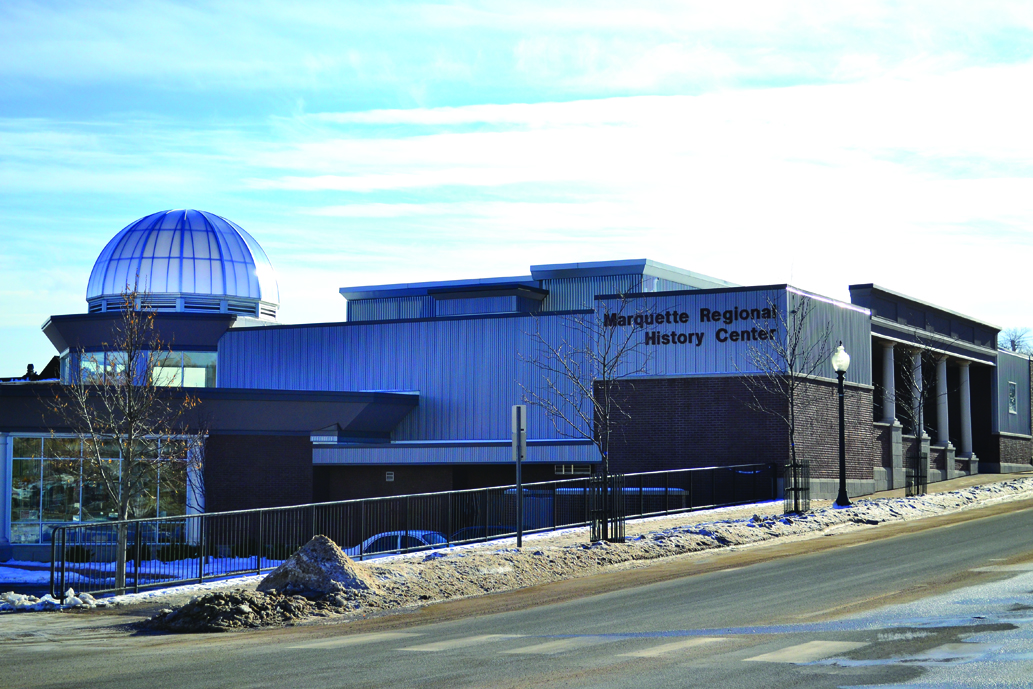 The Marquette Regional History Center will host a birthday celebration from 1 to 3 p.m. Saturday for the Upper Peninsula. The history center is located at 145 W. Spring St., Marquette. (Journal file photo)

MARQUETTE — It’s not every day that you get to attend a birthday celebration for the place you call home.

Marquette-area residents will have a chance to celebrate the Upper Peninsula’s 183rd birthday — complete with cake and singing, but no gifts required — on Saturday afternoon at the Marquette Regional History Center.

The free, all-ages event from 1 to 3 p.m. Saturday, will celebrate the state of Michigan’s acceptance of the U.P. in exchange for the Toledo Strip during the Frostbitten Convention, which took place Dec. 14, 1836, and would pave the way for Michigan’s official recognition as a state in the following weeks, organizers said.

Area residents are encouraged to “come and have a pleasant afternoon and learn more about Yoopers’ history,” MRHC member and event organizer Jane Ryan said, noting it’s a great time to celebrate “your pride in the U.P.” and hear the story of how it became part of Michigan.

Attendees will have a chance to learn from state Rep. Sara Cambensy, D-Marquette, and Mark Ruge, a Menominee native and former chief of staff for U.S. Congressman Bob Davis, as they will speak about the decision and its implications at 1:30 p.m. Saturday.

“When Michigan traded the Toledo Strip for the rugged and untamed Upper Peninsula, I don’t think they knew that they were gaining one of the richest iron ranges in North America, a wealth of timber resources, lucrative shipping routes and one of the most beautiful places in the world,” Cambensy said in a press release. “The precious fresh water, economic vitality, immeasurable splendor, cultural impact and general grit that the Mitten’s ‘Upper Hand’ has contributed to our state truly cannot be quantified. I am proud to call myself a Yooper and grateful to my colleagues for helping me honor Dec. 14 as the official Birthday of the U.P.”

It’s the first time the U.P.’s birthday has been celebrated in this way, Ryan said, noting the event was inspired by a talk Ruge delivered several years ago on the Frostbitten Convention, which Ryan said surprisingly few people — including her, a former history teacher — knew about.

“He asked the audience: ‘Don’t you think we should celebrate that?'” Ryan said, noting they’ve been pursuing the idea of a party ever since.

Beyond the local celebration, the Michigan House of Representatives unanimously approved House Resolution 207 Wednesday to mark the 183rd birthday of Michigan’s Upper Peninsula throughout the state, according to a press release.

“In 2016, over one hundred citizens and historians gathered together to approve a measure declaring Dec. 14, the date of the historic Frostbitten Convention of 1836, as the official birthday of the U.P.,” a press release from Cambensy’s office states. “Introduced by state Rep. Sara Cambensy, D-Marquette, the resolution commemorates that date as a statewide celebration.”