NEGAUNEE — Another talented group of young adults in Marquette County have put together a production worth seeing.

Negaunee High School’s “The Little Mermaid” is an energetic and musically powerful display of talent. From on-stage to backstage and in the orchestra pit, this production needs an audience.

This “cast of thousands,” with over 90 high school students, four middle-schoolers, one elementary student and four toddlers to round out the cast, has been assembled by Kelli Bucholtz and Bonnie Symons. The directors’ clever use of space and unique staging keeps the music flowing and allows the audience to splash their way into the underwater world of the Hans Christian Andersen tale with wonderment and surprise.

This tale focuses on Ariel, a mermaid who longs to interact with humans. She wants to be where the people are but is bound by a society that deems the humans are wicked. After she falls for the human Prince Eric (Andrew Hopkins-Bey), she must navigate through both sea and land to discover herself and chase after her love. Hopkins-Bey is subtle and quiet but holds his own in the quartet “If Only” and is the perfect companion and foil for Kendyl Dahlstrom.

Dahlstrom, the student who plays Ariel, hit all the right notes in embodying the bubbly charm of the character. She is talented and stunning to look at and hear. Dahlstrom effortlessly commands the stage and the show. She is accompanied by a wide cast of companions, most notably the crustacean Sebastian (Timothy Ziegler) and her enthusiastic friend Flounder (Rachel Niskanen). Ziegler captures the grandiose and dynamic nature of Sebastian with ease, always giving his full energy in every scene, a true showman who deserves kudos for the consistent accent. Niskanen glided into the mohawk fins of Flounder with awkward, boyish charm and incredible fun. She steals the audience’s heart with “She’s in Love” with the help of an ensemble of “Captivating Mersisters.” Each one of them creating a mesmerizing individual performance and yet harmonic like a Greek chorus when needed.

For every group of heroes in these classic stories, there is always the timeless villain to combat them, and Ursula and her eels were a spectacular team. Dawson Merrills brings this classic villain into his own. Making it feel fresh, effectively stealing every scene with power and life, including the show-stopping “Poor Unfortunate Souls.”

The eels Flotsam and Jetsam (Alex Levra and Michael Adams) were some of the most electric characters to watch. The duo had amazing comic timing, playing off each other flawlessly. But it is Merrills who is the glue that holds this trio together. Merrills is worth every minute he’s on stage.

Highlights worth mentioning are the “tap-dancing” gulls, as well as the un-flappable Scuttle played by Rachael Popko, the very proper Grimsby portrayed by Hunter Mikkola and last but not least the the culinary skills of Caleb Seppala as Chef Louis.

This critic would like to note the creative genius of Emmye Wiig and her team. Wiig’s costumes were as stunning as your wildest dreams and hair and makeup, outrageously appropriate.

Also the full orchestra under the direction of Jacob Schmeltzer with assistance on keyboard by Emily Fitzpatrick was a dream come true. They moved the show with emotion and were proof you don’t need tracks when you have talent like these young musicians.

If you are looking for an energetic show with lots of seaworthy talent, then sail over to Negaunee High School auditorium. It’s a spellbinding nautical extravaganza you won’t want to miss.

“The Little Mermaid” runs at 7 p.m. today, Friday and Saturday with a matinee at 2 p.m. Saturday.

Tickets are available in Negaunee at Midtown Bakery and the NHS office, and in Marquette at Snowbound books. Tickets will also be available at the door the nights of the show.

Bobby Glenn Brown is known throughout the region as an actor and director. He holds an MFA in musical theatre performance from University of Nevada-Las Vegas.

MARQUETTE —The Marquette City Commission work sessions regarding the Strategic Plan for May 18 at 4:30 p.m. and ...

MARQUETTE — Effective immediately, all city of Marquette parks are closed to the public, according to an ... 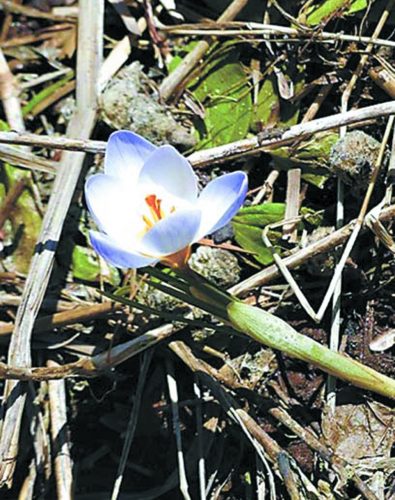