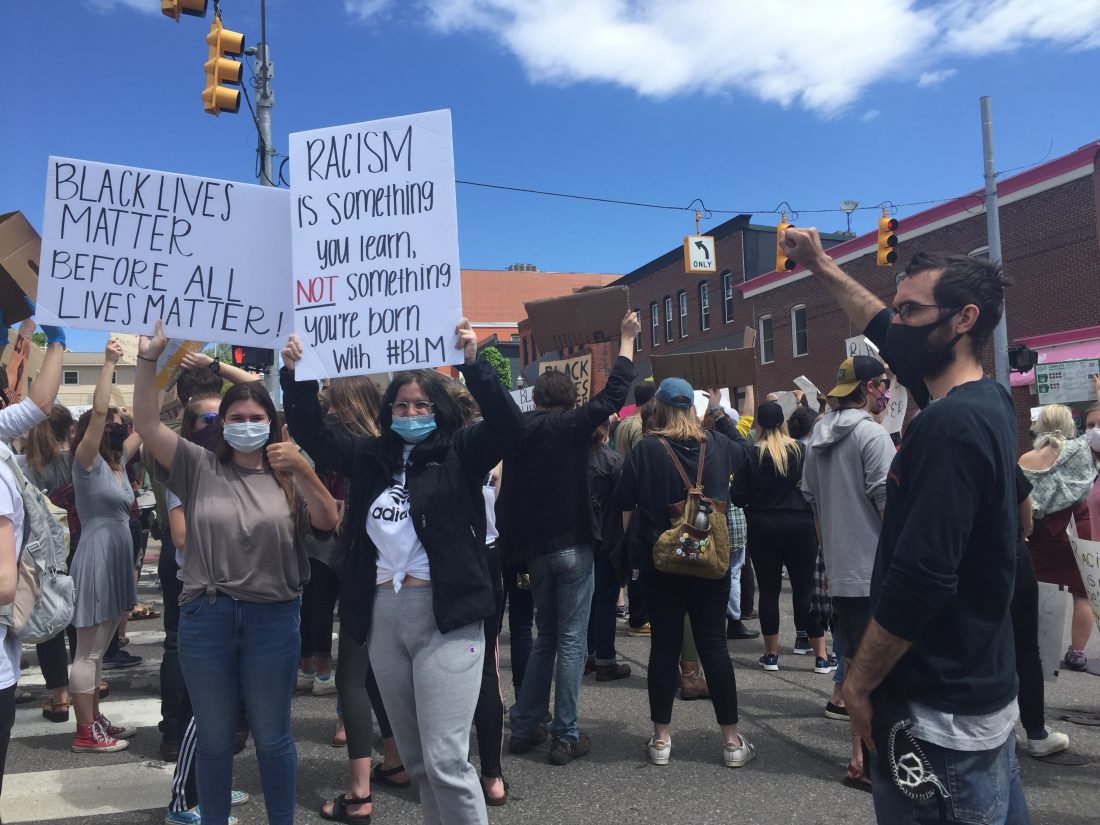 An estimated several hundred protestors were in Marquette's downtown Sunday around midday in connection to the death of George Floyd. Floyd, who was black, died Monday after a white Minneapolis police officer pressed his knee on his neck until he stopped breathing. The Marquette protest, one of many across the U.S. over the weekend, was peaceful but did slow traffic through the West Washington-Third street intersection. (Journal photo by Bud Sargent)