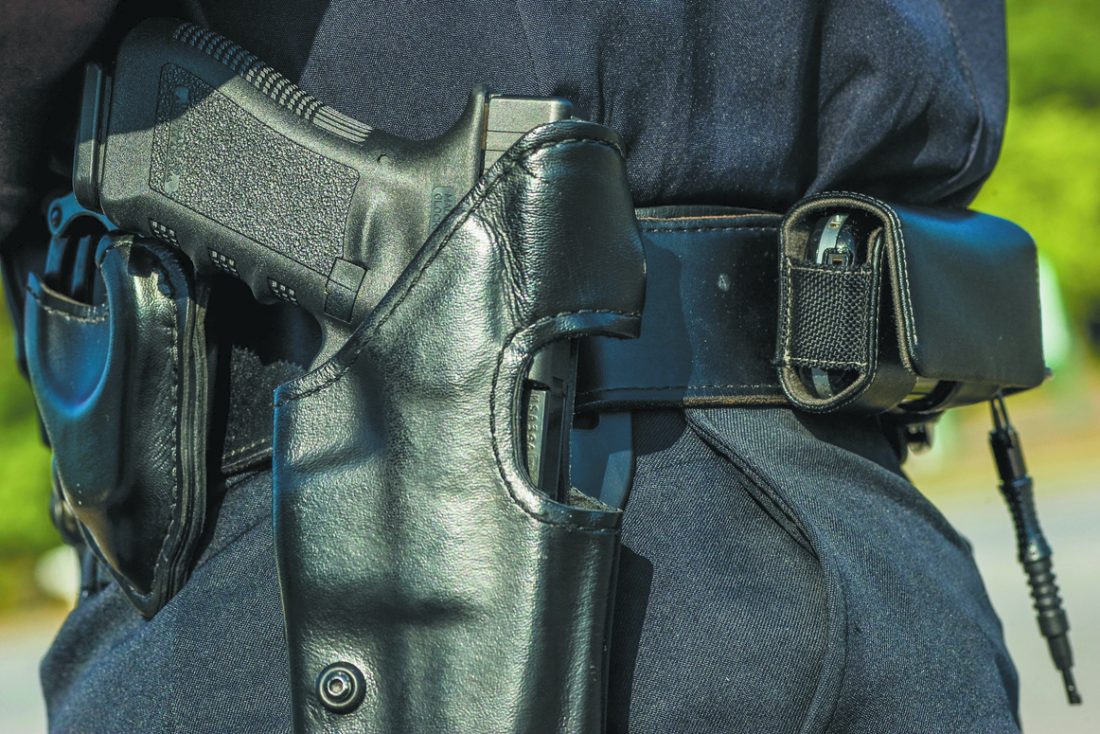 Currently, those with a concealed pistol license can’t have their weapons in no-carry zones like bars, churches and schools.

The new bill would exempt those who have an active PPO — a court order to stop threats or violence against them — from that restriction. Often, those who petition for the court orders are victims of abuse.

The legislation aims to protect victims of domestic violence or stalking who want to be armed for self-protection.

“Victims, especially those in a current or former abusive relationship, cannot solely rely upon words that are typed on a legal document, such as a PPO, to be an impenetrable shield of armor to protect them from people who have intent to do harm,” Wakeman said

He said that’s especially a problem for victims who work in a gun-free zone, which means a significant amount of time without self-protection.

Jane Currie, the executive director of Women’s Information Service, an advocacy group for domestic violence victims in Big Rapids, said she understands victims’ urgency to have concealed pistol licenses. She agrees that exceptions to no-carry zones are necessary.

“At all costs, we want our clients protected,” Currie said. “When a perpetrator knows there are loopholes, they tend to use every opportunity to figure out how to get around protection orders.

Gun rights groups such as the Michigan Coalition for Responsible Gun Owners argue that the legislation would strengthen Second Amendment rights.

“The first way to look at it is that pistol-free areas only keep law-abiding citizens from having a weapon,” said Lake County Sheriff Richard Martin, the group’s president. “Individuals have a right to protection.”

Both Currie and Martin said proper training is necessary for gun ownership and protection.

“Simply having a gun without proper training isn’t going to protect you,” Martin said. “We need to use common sense when carrying a firearm. “Handing someone a gun and saying, ‘you’re good to go,’ doesn’t work.”

The legislation is pending in the House Military, Veterans and Homeland Security Committee.