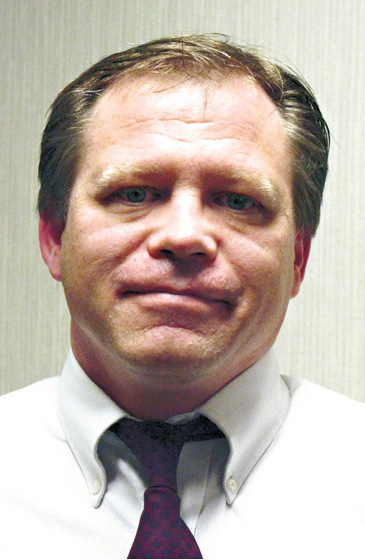 MARQUETTE — The Marquette County Board of Commissioners on Tuesday unanimously approved three recommendations from Sawyer International Airport staff, including an agreement to begin the first phase of a hangar expansion project, a contract for a runway deicing agent and the purchase of an on-site fueling station for airport rental car agencies.

The board approved an agreement with Mead & Hunt Inc. for the engineering and design portion of the hangar expansion at a cost of roughly $1.22 million.

The airport was awarded a Federal Aviation Administration Military Airports Program Grant earlier this year for the project. The expansion is for Hangar 665, which serves as the maintenance, repair and overhaul facility for Envoy Air Inc. or American Eagle Airlines and is “one of the critical hangars for Envoy to continue to grow and expand their business here,” said Duane DuRay, airport manager.

Percentages of the project cost will be split among federal, state and local shares at 90, 5 and 5, respectively. The total local cost is roughly $61,000. Though the local share has not yet been reviewed for Passenger Facility Charge eligibility, DuRay anticipates it will be approved.

The entire hangar expansion project is to be completed in the three-year timeline of the grant.

“As we move forward, I would anticipate once construction starts we would probably have completion within a two-year period; granted the engineering and design will take the 2021 portion and the construction would start late 2021, if not early of 2022, and then carry on until the complete construction is finalized,” DuRay said.

This is an important project for the airport and Envoy, as it employs roughly 220 people and more will be hired to compensate for the increasing workload, he added.

“With this project, expanding the hangar, it allows them to expand into larger aircraft, hopefully adding a whole other generation of employees here at Sawyer,” DuRay said.

For the airline industry and passengers, the project means the continuation of two competing air carriers at the airport.

“Having the two competing air carriers, it provides our travelers a competitive base for the airlines; it also adds three hubs at Sawyer,” DuRay said. “We have Chicago O’Hare, which is Envoy; Detroit, which is Delta; and Minneapolis, which is Delta — which are three major hubs across the Midwest, three of the largest hubs across the Midwest. For a community of our size to have that accessibility is a huge benefit.”

The purchase of a $32,240 fueling tank from Great Lakes Petroleum Service Inc. for use by rental car agencies at the airport was also approved by the board during the meeting. The 1,500-gallon Fireguard double-wall, above-ground storage tank with dispenser will be purchased with funds gathered through the Customer Facility Charge, which is a $2.50 charge per rental car per day.

“Since we transitioned out to Sawyer International, the rental cars have been challenged with providing nearby fueling facilities for their rental car agencies,” DuRay said. “Currently, whenever a car comes in they have to drive it to either the Crossroads (the intersection of County Road 480 and M-553) or to Gwinn to fuel up — which, when you’re renting several cars through the day, having that extra time and need to travel back and forth with vehicles while trying to prep them for the next rental, it’s become a challenge.”

Boreal Aviation Inc., the airport’s fixed-base operator, will take on the maintenance and upkeep of the fueling station including maintaining fuel levels, inspections, billing, etc. A profit will be collected by Boreal as it purchases and resells the fuel to the car agencies. The airport will also generate money from the station through a fuel flow fee, DuRay explained.

Who will set fuel rates, fuel flow fee and liability of the station were concerns of Commissioner Bill Nordeen. DuRay speculates rates will be in line with other area fueling stations.

Nordeen wanted to ensure that the three rental car agencies would be charged a reasonable rate for use of the station and that Boreal would take on some of the liability that comes with it since it will profit from the station. Those details have yet to be determined.

The board also approved the purchase of a runway deicing agent for the airport from New Deal Deicing on an as-needed basis up to 20,000 pounds at a cost of $1,031 per 1,000 pounds. The product is a backup measure to clear the runway in instances of freezing rain. One 1,000-pound unit of the product allows Sawyer to deice the entire runway in accordance with federal regulations and without excess waste, DuRay said.