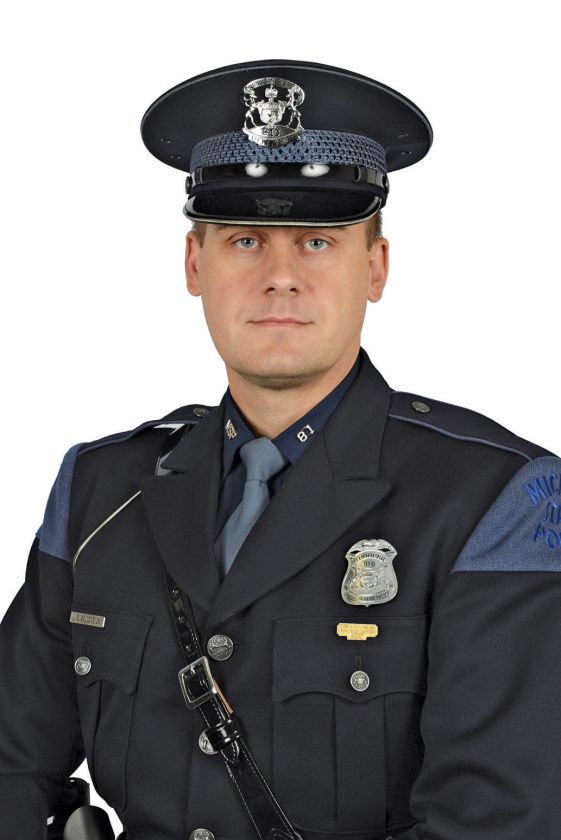 NEGAUNEE — The Michigan State Police Negaunee Post announced that trooper Joseph Ballone has been recognized for saving a life.

The MSP Board of Awards reviewed an incident investigated by Ballone and concluded that he was deserving of the department’s Lifesaving Award.

MSP said that on March 5, Ballone conducted a traffic stop for a speeding violation. He made contact with the driver, then returned to his patrol car with driver and vehicle identifications.

A short time later, Ballone again contacted the driver, who was then slouched over to her side. Ballone called out to the subject, but the driver did not respond. The driver was breathing, but her eyelids were half-closed. Ballone tried to rouse the driver by performing a sternum rub and called for her to wake up but did not receive desired results. He then notified dispatch and an Emergency Medical Services crew was dispatched to the scene.

Ballone checked the driver’s vital signs and noticed that the time between breaths was becoming longer and her pulse was becoming fainter. The driver stopped breathing shortly afterward and a pulse could not be detected. Ballone then removed the driver from the vehicle and applied automated external defibrillator pads, at which time the driver’s lips started turning blue.

During this time, the driver’s employer called her phone, made contact with Ballone and advised that the driver had abused opioids in the past and may have recently relapsed.

With this new information, he administered Narcan as the ambulance arrived on scene. Ballone, along with paramedics, continued CPR efforts and shortly thereafter, the driver began breathing and regained a pulse. The driver was transported to a local hospital for treatment and made a full recovery.

Police said that if not for Ballone’s extraordinary actions, the driver would not have survived.

The MSP Board of Awards meets semi-annually to review award nominations for extraordinary actions taken by department members while fulfilling their duties.

The award was authorized by Col. Joseph Gasper, director of the Michigan State Police.