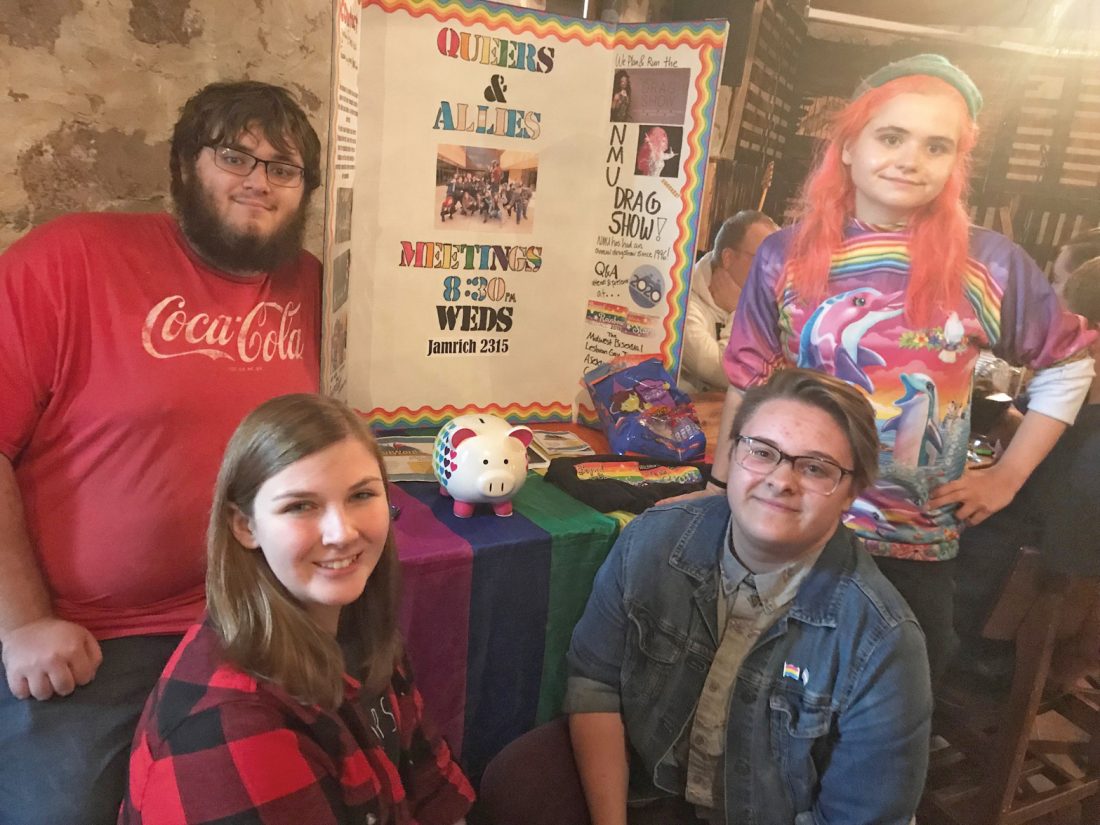 MARQUETTE — Since Friday was National Coming Out Day, a local group sponsored an event the same day to celebrate the LGBTQIA+ community.

The Northern Michigan University Allies — a faculty, student and staff organization — hosted MQT Comes Out at the Ore Dock Brewing Co., with informational booths, live music and an open mic for people to share their experiences among the activities.

Sarah Schollmeyer, who helped organize the event, said NMU Allies members support students who are in the LGBTQIA+ community.

“They show themselves by having a rainbow card that says ‘Allies’ outside of their offices, so anytime you needed them, you literally have an ally,” Schollmeyer said.

The rainbow is the symbol for gay pride, and Nat Ehrig, Allies co-president, certainly was dressed in colorful garb, including her hair.

Ehrig participated in the event to promote the LGBTQIA+ community and to celebrate coming out.

She believes more events like MQT Comes Out need to take place throughout the United States and the world, but acknowledged NMU’s involvement in the issue.

“Northern has made great strides, right?” Ehrig said. “But 20 years ago, even 10 years ago, it was nothing like this, so I’d love it if it would get even bigger.”

During MQT Comes Out, NMU Allies sold T-shirts to raise money for the Allies Scholarship Fund, which was established in 2001 for students who exhibit leadership and involvement in organizations, activities or issues that promote awareness and acceptance of the LGBTQIA+ community at NMU.