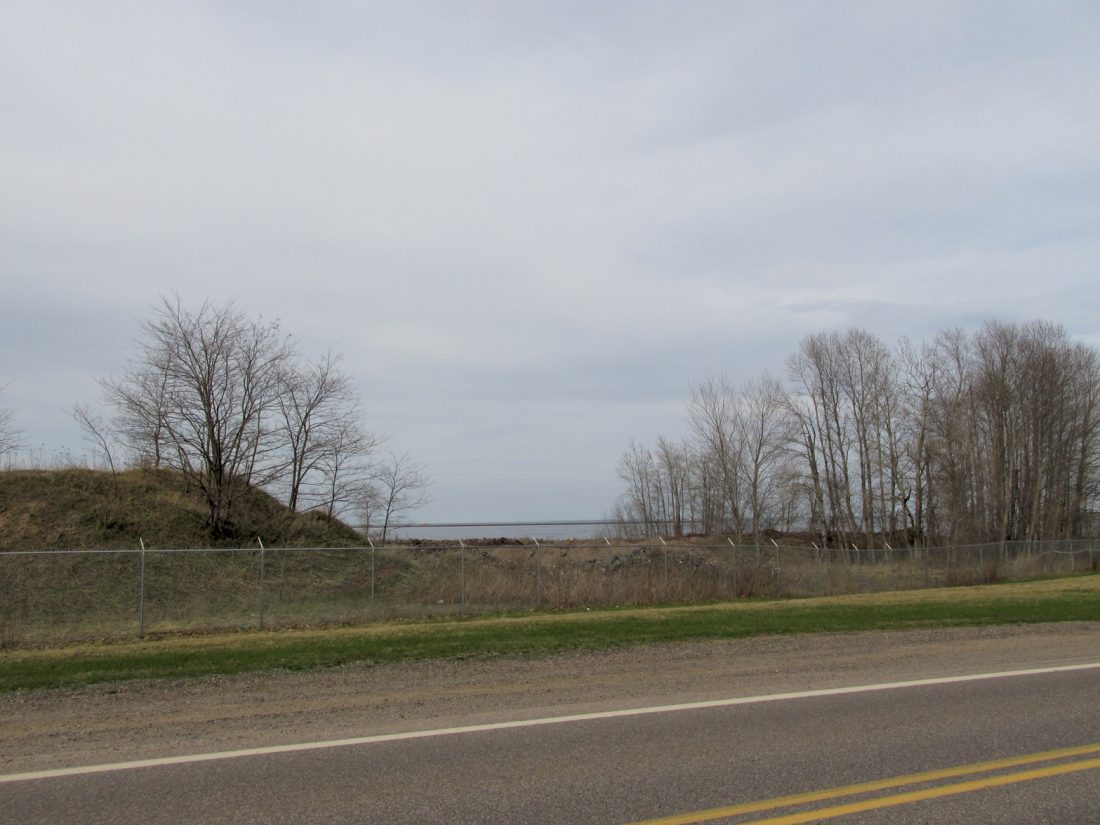 Pictured is the Cliffs-Dow property along Wright Street and Lakeshore Boulevard in Marquette. The Marquette Planning Commission voted 5-1 Tuesday to recommend rezoning the city-owned parcel from municipal to mixed use, with language included to indicate this is contingent upon addressing environmental concerns and the current state deed restriction prohibiting residential use of the site. This recommendation will be sent to the Marquette City Commission for final consideration. (Journal file photo)

MARQUETTE — Despite concerns about a state deed restriction prohibiting residential uses at the former Cliffs-Dow property in Marquette, the area could be rezoned to a mixed-use district.

The city requested the Marquette Planning Commission consider rezoning the property due to the city’s long-term efforts to return the parcel to the private sector and its recent resolution of intent to negotiate the sale of the property with local developer Veridea Group.

After much discussion, the planning commission at its Tuesday meeting voted 5-1 to recommend rezoning a portion of the Cliffs-Dow industrial site located at 100 Wright St. and 2001 Lakeshore Blvd. from municipal to mixed use following a public hearing on the issue. Planning Commissioner Anthony Ruiz was the dissenting vote, while Planning Commissioner Aaron Andres was excused from the meeting. The matter will come before the Marquette City Commission for a final vote.

Major concerns commissioners posed regarding the rezoning focused on health and safety, as well as the appropriateness of the planning commission approving rezoning for the area with the current deed restriction prohibiting residential use.

The deed restriction was a concern because part of the process for planning commission approval of rezoning involves indicating a property’s environmental features are appropriate for the proposed uses. In the case of a mixed-use district, a wide variety of uses are allowable, such as housing, child care, nursing homes and assisted living, food preparation and more.

However, to address these issues, Planning Commissioner Sarah Mittlefehldt made a motion to indicate the commission found the proposed rezoning to be consistent with the community master plan and in compliance with requirements of the land development code section 54.1405 for the following reasons: “that remaining exposure pathways in terms of contaminants will be evaluated and fully accounted for by future users of the property as part of their due care obligations, which are required by the state, and that restrictions that are on the deed to this property, while they currently do prohibit residential use, that restriction may be modified if the (Michigan Department of Environment, Great Lakes and Energy) does find an acceptable proposal submitted by a future owner of this property, and that reliable engineering and construction controls are a necessity on this site.”

The deed restriction is due to chemical contamination in groundwater roughly 60 feet under the site, Marquette Director of Community Development Dennis Stachewicz said.

The DEGLE denied the city’s request for a No Further Action determination, site notes state, and local officials are evaluating “alternatives in order to address the deficiencies noted by the (DEGLE).”

One of the major reuse concerns is vapor intrusion from groundwater contamination. But this could be addressed by engineered controls such as ventilation, thick concrete foundations or not allowing living spaces on the first floor of potential residences, Stachewicz said, noting the developer would need to engineer designs to show DEGLE “how they would be able to address the vapor intrusion issue.”

Several planning commissioners expressed concerns about the deed restriction for residential use, noting they would have preferred the removal of that prior to the rezoning decision.

However, Stachewicz said that wouldn’t be possible because rezoning needs to occur before a developer could move forward with designing and proposing the necessary engineered controls to the DEGLE for removal of the deed restriction. Furthermore, Stachewicz emphasized DEGLE officials were “very confident” the deed restriction could be removed with appropriate engineered controls.

“(DEGLE) is aware and supportive of the city’s efforts to property and staff has discussed the ability to have the deed restriction of ‘no residential uses’ removed from the deed, subject to a post-sale due care plan,” city notes state. “Any potential buyer of the property would have the ability to conduct phase 1 and phase 2 (baseline environmental assessments) to afford themselves protection under Part 201, as well as be subject to due care plan obligations.”

The request to rezone the area, which contains roughly 26 acres at 100 Wright St. and a portion of 2001 Lakeshore Blvd., was made by the city to help implement the its strategic plan, “which has been based upon over 10 years of planning efforts for the former Cliffs-Dow site that have culminated in a city commission-adopted design for the relocation of Lakeshore Boulevard and the return of the parcel to the private sector to foster economic development,” city notes state.

The Marquette City Commission at its July 30 meeting unanimously approved a resolution of intent to sell the property to Veridea Group.

The preliminary design by Veridea Group shows the potential for up to 500 residences on the property. The city has not executed a sale of the property, nor a local development agreement, Stachewicz emphasized.

The recommended rezoning “is the next step for the municipality in this process and any future development will be subject to the standards of the requested district per the” land development code, planning commission notes state.