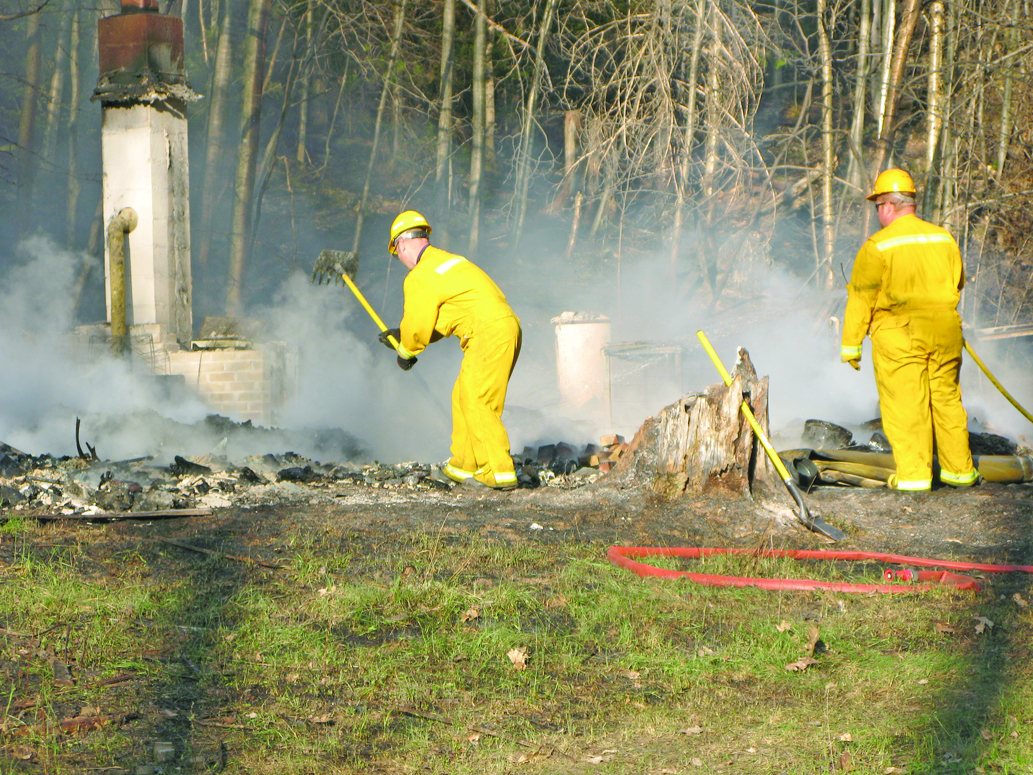 Firefighters work to contain a structure fire in on Old Kiln Road in Sands Township on Saturday afternoon. The blaze, which is believed to have started in a private camp spread over four acres before fire crews were able to contain it. The cause of the fire remains under investigation. (Journal photo by Lisa Bowers)

MARQUETTE — Fire crews from across Marquette County worked into the night Saturday to contain a 4-acre brush fire in Sands Township that destroyed a private camp on the property.

No injuries were reported.

The blaze, which is believed to have started in the camp on Old Kiln Road late Saturday afternoon, was classified as a surface fire, said Pete Glover, fire supervisor for the Michigan Department of Natural Resources Gwinn Unit.

“It’s a leaf-litter fire,” Glover said, “It’s not a real destructive fire from an environmental standpoint, but certainly from a homeowner standpoint it can be devastating to them.”

The structure appeared to be a total loss.

Glover said officials expect to be monitoring the site for the next several days and will put out hotspots when and if they occur.

The official cause of the fire is unknown and is under investigation, Glover said.