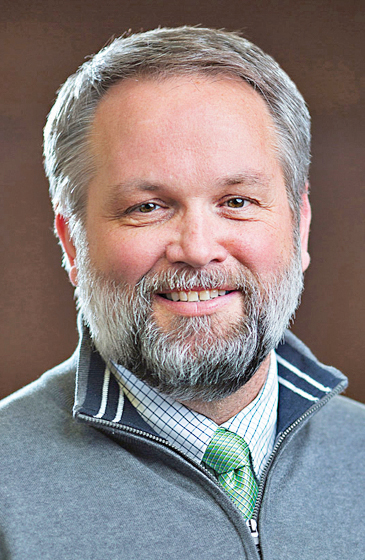 MARQUETTE — Northern Michigan University has reached a settlement with the U.S. Department of Justice’s Civil Rights Division that stemmed from an incident in which a student told a fellow student she was at risk for suicide.

The agreement arose from a complaint filed with the Civil Rights Division, Disability Rights Section that alleged NMU discriminated against an individual with a disability in violation of Title II under the Americans with Disabilities Act.

It was alleged that NMU threatened to “dis-enroll” a student and require her to undergo a psychological assessment and sign a behavioral agreement after she sent a chat message to another student in which she said she had major depressive disorder and her doctors were concerned she was at risk for suicide.

It also was alleged the behavioral agreement prohibited the student from engaging in any discussion about her thoughts or actions with her friends, dorm residents or other students.

The Justice Department identified three other current or former NMU students who alleged the university: discriminated against them in violation of Title II, requiring them to meet with the dean of students or associate dean of students, who threatened them with disciplinary action for sharing suicidal or self-destructive thoughts with other students; undergo mandatory psychological assessments to maintain enrollment; abide by certain conditions to maintain enrollment; and/or involuntarily withdraw from NMU.

The students alleged NMU took these actions according to its Policy Relating to Student Self-Destructive Behavior.

In its investigation, the Justice Department determined that policy did not reflect or impose legitimate safety requirements within Title II, and that adverse action was taken against NMU students with mental health disabilities who did not pose an actual risk of self-harm.

The agreement states NMU will comply with Title II requirements, which mandate that “no qualified individual with a disability will, by reason of such disability, be excluded from participation in or be denied the benefits of services, programs, or activities of a public entity, or be subjected to discrimination by any such entity.”

NMU was ordered to draft an “ADA/Non-Discrimination Policy” for various actions, which include not discriminating against applicants or students on the basis of disability, including those with mental health disabilities. NMU also is to conduct an individualized assessment and case-by-case determination over whether modifications can be made to allow a student with a disability to participate in NMU services, programs and activities.

NMU is to create a “Reasonable Accommodation Policy” that documents Title II requirements and its implementing regulation.

The agreement states that while a public entity may impose legitimate safety requirements necessary for the safe operation of its services, programs or activities, that entity must ensure its safety requirements are based on actual risks, not on speculation, stereotypes or generalizations about people with disabilities.

NMU is to remove its Policy Relating to Student Self-Destructive Behavior from www.nmu.policies and other websites, handbooks and other locations where the policy is published or referenced. It also must revise its Voluntary Psychological WIthdrawal Policy to include the stipulation that states a student who takes such a withdrawal may seek early return or an extension of the set length of time.

The university was ordered to develop an ADA training program for staff as well.

“NMU is pleased to have settled with the Office of Civil Rights (OCR) on a 2013 student complaint alleging discrimination based on an NMU policy. NMU’s former policy was based on then existing interpretation of law and was followed by many universities and colleges. The OCR changed its interpretation and began investigating complaints.

“NMU welcomed clarification from DOJ and OCR and has made changes to campus procedures. NMU continues to put the health and safety of our students first.”

NMU, Hall said, provides many services to students to ensure their well-being, and the university has been recognized as one of the safest campuses in the country.

“NMU is working on the actions outlined in the settlement with the help of counsel,” he said. “Many items have been addressed previously. Others will happen within the timeline of the agreement.”

Hall noted the former practice and procedure ended several years ago, and a new policy is being developed.

He also said four students will receive portions of the settlement amount of $173,500, which NMU will cover through insurance.

Marquette attorney Joseph F. Lavey II said he had a similar case about four or five years ago in which he sought an adjunction regarding an NMU student and its self-destruction policy. However, he said the student finished her semester studies, so he didn’t pursue the case.

Lavey believes students with that type of issue should not be ostracized, and their friends should be able to report the problem or lend aid.

“It’s a very good decision from the Justice Department,” Lavey said. “The agreement, I think, is in the best interests of the university and the students.”