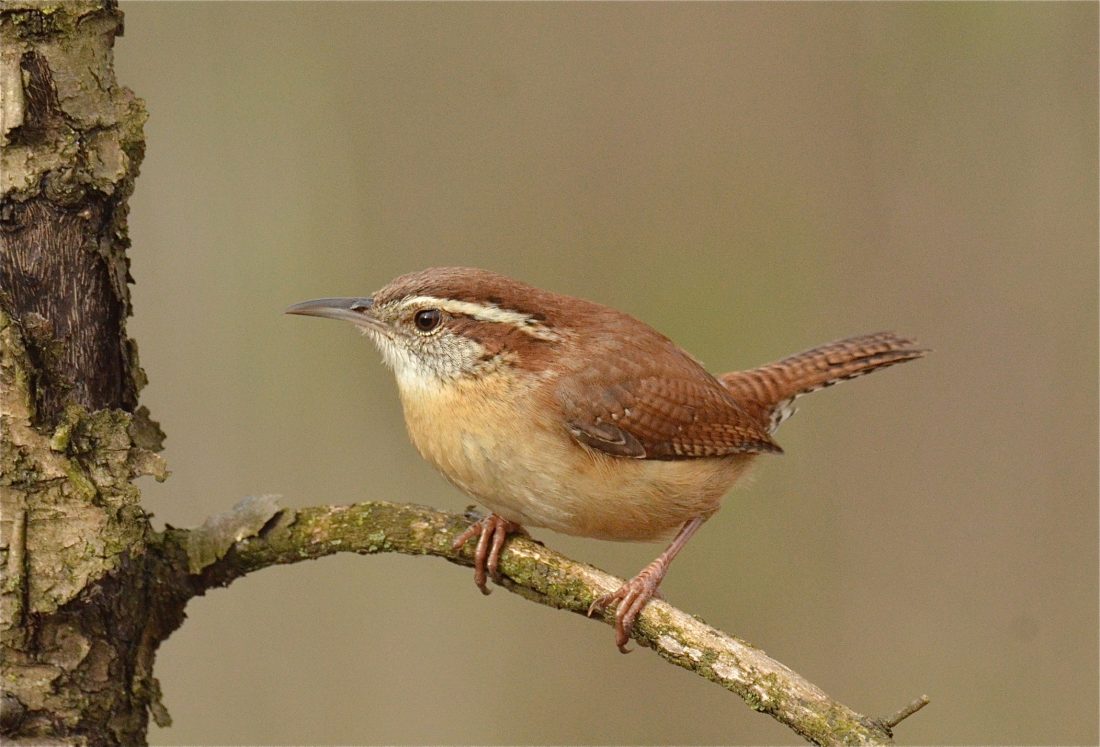 “I honor the wisdom of life. I learn from life in all its forms. The tree teaches me. The sparrow and the wren sing my song. I am open to the lessons Life brings me from the earth. I learn from the wind, from the sun, from the small flowers, and from the stars. I walk without arrogance. I learn from all I encounter. I open my mind and hear to the guidance and love the comes to me from the natural world.” — Julia Cameron

Summer has meant something different for many this year. With the overwhelming changes to lives, getting outside have taken on new meanings. For many, restrictions have mean getting outdoors closer to home – restricting travel to the Upper Peninsula, the county called home, or even to just the neighborhood. Connecting with nature for many has also meant a special time to unwind, go to “a different place” and find new meaning in the plants, animals, even fungi of the world around us. There is much to see, feel, hear and smell in t

A Carolina wren perches on a branch. (Scot Stewart photo)

e natural world many have simply not had the opportunity to experience before. Life is different!

Listening to the songs of birds, the calls of foxes, snorts of deer, and now the hum of cicadas and singing of crickets has been new for some. It is an important element of summer that quickly fades away as the leaves begin to turn colors and the temperatures allow for falling snowflakes.

The wren family has caught the ears of many birders, gardeners, walkers and outdoor enthusiasts in the area recently. They are petite, perky and extremely musical, singing frequently to announce their territorial claim. Their small size, brown coloration and upturned tails make recognition a bit easier than some other small bird groups like warblers and vireos. The Upper Peninsula has four well-established summer family residents, winter, sedge, marsh and house wrens. The winter wrens may have the most lyrical song, a bubbly trill. They are frequently found along tumbling streams and cedar swamps in the area. Marsh wrens are most commonly heard in wetlands full cattail like Portage Point in Delta County. Sedge wrens, as their names suggest, prefer sedge meadows, like those at Seney National Wildlife Refuge and some grassy or rush filled areas, usually close to water.

House wren are the family members most familiar, as they seem quite comfortable close to people — in backyards, gardens and other locations with wren houses or other small cavities for nesting. Their warbly, running songs run throughout the day and provide a background serenade throughout their courting and nesting season. Currently some are still singing around Marquette. 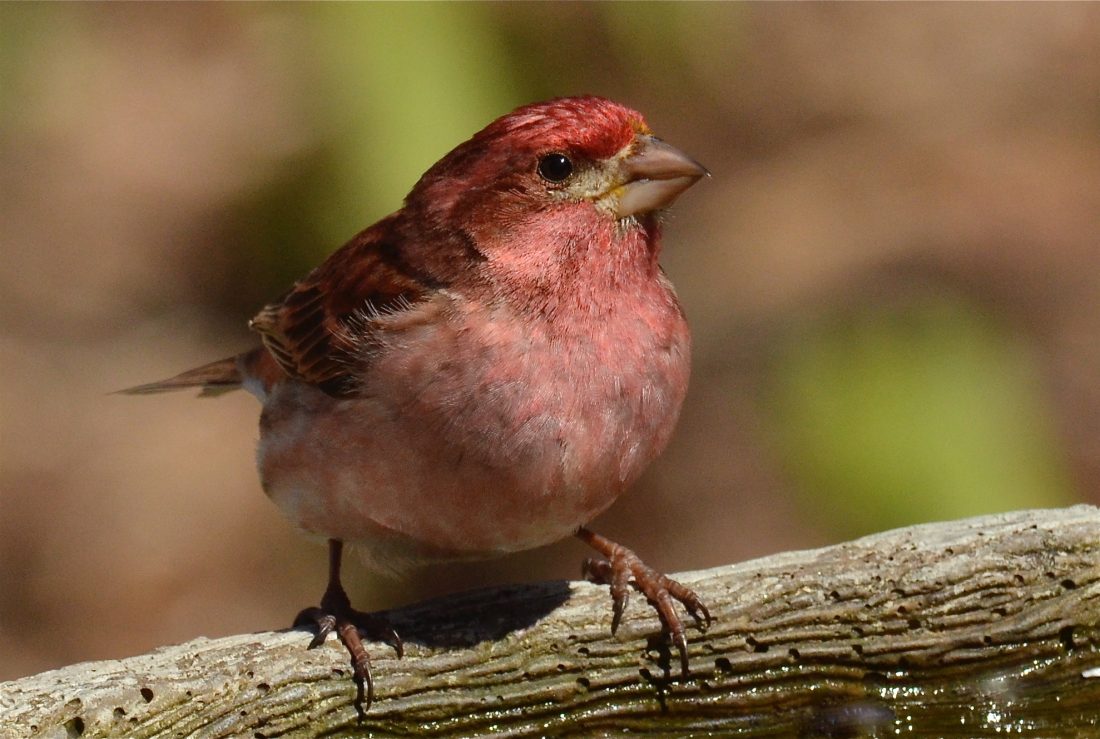 A Carolina wren perches on a branch. (Scot Stewart photo)

One interesting report from a birder downstate told of wrens feeding young robins still in the nest after the adult. robins left to forage for more food. While only rarely reported, there are some accounts of birds feeding young of other species, especially in Great Britain, https://www.bto.org/our-science/projects/gbw/gardens-wildlife/garden-birds/behaviour/cross_species_feeding. Two possible explanations have been discussed for this. One is the loss of a nest of young leaving the parents with a need to feed young. A second explanation developed suggests two different nests in close proximity many cause confusion, leading to birds feeding young in a nearby nest.

The Carolina wren is a fifth wren species found mostly in downstate Michigan and other more southerly states and parts of nearby states. With larger downwardly curved bills and rusty plumage they can be distinguished from other wrens. Occasionally they do make it to the U.P., even spending the summer here. They are the loudest singers, sounding a bit like northern cardinals. One was reported in central Schoolcraft County July 20. Four other wren species can be found in the western states, Bewick’s, rock, canyon and cactus wren. Only the rock wren makes it to the U.P., although Bewick’s does have some summer range in southern states and vagrants have been found in Wisconsin.

Sandhill cranes have also made the news recently in Marquette. They have been regulars again this year along the Dead River, occasionally making it to Presque Isle, and a few neighborhood yards in north Marquette. It is a stunning to see or hear a crane in the yard, as their prehistoric trumpeting calls are as impressive as their four-foot-tall stature!

Serviceberry trees bloomed across the U.P. usually around the first week of June. They are small trees, often growing in large clusters in sandy spots like the edge of dunes. They are often introduced into new areas by birds passing their seeds after eating their sweet, deep purple fruits. Those fruits are beginning to ripen, and somewhat ironically, the trees are now hosting birds whose parents or grandparents may have started just a few years ago. Robins, cedar waxwings and even woodpeckers like northern flickers have been spotted feeding in them this week. Along Lake Superior, in dune edges the trees even attract hungry ring-billed gulls.

Southbound shorebirds are now being seen headed back to winter ranges. Greater yellowlegs, sanderlings and semipalmated sandpipers are the most common so far, with a couple stilt sandpipers also sighted. The mouth of the AuTrain River and Grand Marais in Alger County, and Whitefish Point are the reporting sites for these birds so far. With plenty of changes still coming Nature has plenty to offer anyone heading out! 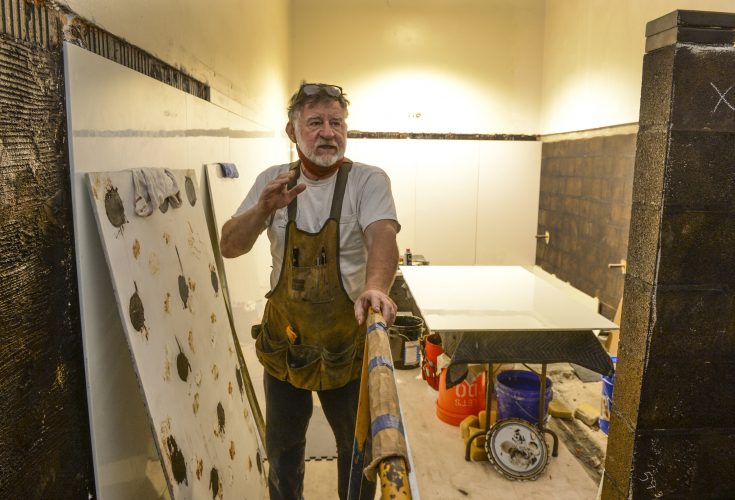 Dear Annie: Bring your information to the pharmacy

Though I love nonfiction, when I really want to escape into a book I choose sci-fi. Suffice to say I’ve been ...