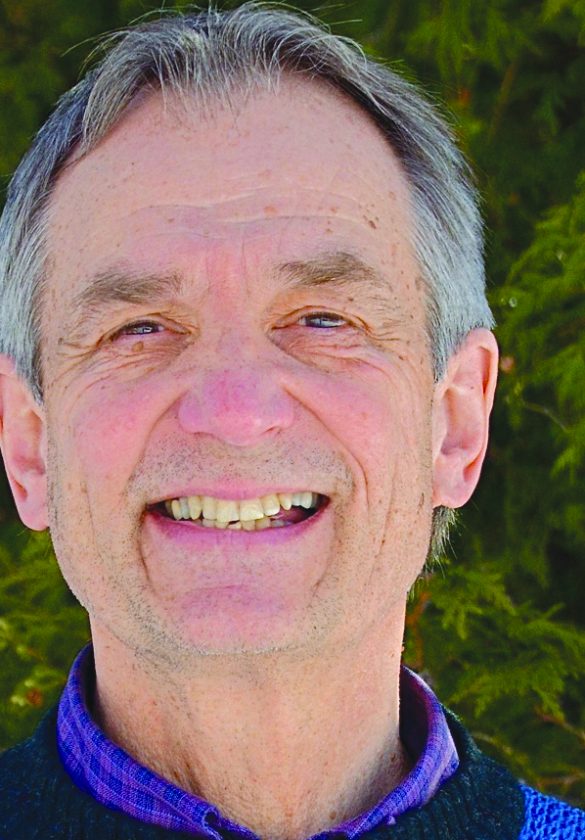 “The summer night is like a perfection of thought.” –Wallace Stevens

The warm says this week have brought warm nights too, something of an oddity in the Upper Peninsula. Residents are accustomed to cool nights , “Good sleeping weather,” as long-term residents often say. The warm temperatures are drying up many small pools in the woods, dropping the number of future mosquitoes, but also shortening the time many early summer flowers, like roses, orchids, meadow rue and irises. These all have fairly delicate petals and browning and wilting quickly in the 80 and 90F heat,

Birds are greatly affected by the heat too in both positive and negative ways. Males defending nesting territories, especially those like mourning doves, robins and cardinals starting second broods may start earlier in the morning. One cardinal on the east side of Marquette was heard singing a little past 4 a.m. this week and stop singing earlier as the morning air heats up. Soaring birds, like turkey vultures and red-tailed hawks may fly at higher altitudes, buoyed up by the rising columns of heated air from bare rocks, highways and other heat absorbent surfaces. The warmer temperatures also increase the metabolism of exothermic (cold-blooded) insects, helping them to be more active and more visible to the birds who eat them.

Birds also take advantage of really warm temperatures to rid themselves of parasitic insects like lice. They spread their wings out in a sheltered sunny spot and allow their feathers to heat up. According to an Audubon Society webpage, https://www.audubon.org/news/hot-bothered-and-parasite-free-why-birds-sun-themselves, this behavior, called sunbathing or sunning, can raise feather surface temperatures to 140-160F well above the 120F needed to kill the parasites.

Research shows the sunning helps reduce parasite numbers, but it is not clear if it is just the higher temperatures, or a combination of the higher temperatures and a blast of UV light that does the trick. When present these parasites increase the preening time birds need to clean their feathers and can dull the appearance of their feathers, making it harder to find a mate. Appearance is extremely important to birds too! Healthy birds can spend nearly 10% of their time cleaning and straightening feathers, so this care is critical to having the time to find food and mates.

As the temperatures continue to climb, birds tend to be less active in the middle of hot days, waiting until the later hours to resume foraging. They will however be looking for water – to bathe and drink during the day, so it is a great time to have water available for yard birds. Bird baths close to feeders will be easy to find. Simple pump systems providing small cascades and the sound or running water are even better for helping birds find this precious need.

For some water birds, herons, bitterns and swans, birders have had much to see. Because Great Lakes levels are up, some birds, not particularly welcome have had smaller, but visible numbers. The Cedarville area in Mackinac County has had a mute swan population on Lake Michigan for years, but it has declined with the higher water levels, Four were found by birders recently counting birds in the area. In Munising a pair has been hanging out near Sand Point in the Pictured Rocks National Lakeshore at the edge of Munising. Also, in Alger County, a least bittern, a rare to the U.P. wading bird was heard near Au Train along the AuTrain River. One was also seen at Sand Point last month. Least bitterns are small relatives of more common American bitterns. Another wader, the green heron, has been scarce in the U.P. this summer. In years past they were frequently seen along the Dead River west of the Tourist Park and along the Chocolay River in Harvey. This wader, a patient stalker, was reported on Smith Lake, north of Manistique ion Schoolcraft County. Green herons will stand motionless at the edge of a pool and wait patiently until a minnow, tadpole or aquatic insect swims by, and like a strike of lightning, will spear it with their long bill.

Speaking of bills, yellow-billed and black-billed cuckoos are having a banner summer in the U.P., being heard in many locations. Larger, slender songbirds, their numbers have been supported with a good crop of caterpillars in the region. They are especially fond of hairy caterpillars like fall webworms and tent caterpillars. Both species have been seen and heard in Marquette, with a pair of the black-bills continuing along the Bog Walk at Presque Isle.

Four yellow-billed cuckoos were found in the grasslands managed by the MDNR east of Limestone. That area has been particularly good for grasslands species too. On the evening of June 28th, four yellow-billed and three black-bill cuckoos were found. With them clay-colored and grasshopper sparrows, nine bobolinks, an eastern meadowlark, and two dickcissels were also located.

This has been a good summer so far for warblers too. Several species seen only occasionally in Marquette and the surrounding area have been reported more regularly this year. Northern parulas have been singing at several sites around Presque Isle along with other locations in town. North of town, black-throated blue warblers have been seen on the Wetmore Landing trail, and north of the Big Garlic River and Saux Head Lake. American redstarts and black-throated green warblers are also common sights in Marquette County again this year with exceptional numbers of the latter being reported. With the warmth continuing, stay cool and help the birds stay cool too.

HOUGHTON — In a student-led effort, some Michigan Tech students have elected to donate the money they received ...

Flexibility key as schools look to reopen in the fall

The spring of 2020 was unlike any semester for school districts around the country. And while plans for the ...