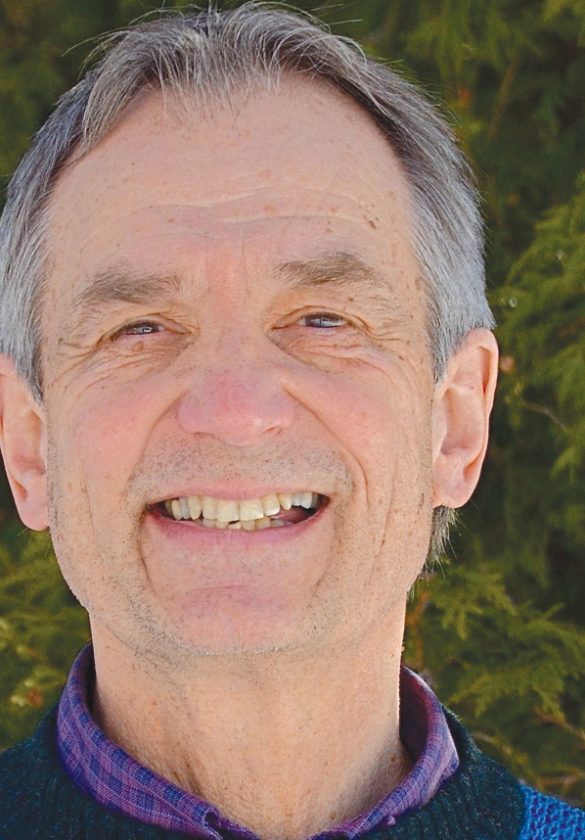 “With its olive-colored back and slender bill, it seemed perfectly adapted for a summer of caterpillar hunting in the treetops. So, what was it doing here in the middle of winter?” – Anonymous

It is the middle of winter here in the Upper Peninsula. With some new snow every few days between puzzling, balmy January days with above freezing temperatures and occasional rain, it is a challenging time for many birds. The warmer temperatures have made it easier to balance food and metabolism with the less severe season, but it still is a season demanding good foraging skills and healthy bodies for species adapted for life here during the colder months.

Perhaps because of the unusual weather, the U.P. has seen several warblers near or at feeding stations mostly eating suet. Because they are primarily insect eaters, warblers usually migrate south for the winter, gone by the end of October as the temperatures drop and the first signs of snow appear, and most end up in the Caribbean, Central and South America where there is plenty of food. Occasionally, for unknown reasons a warbler or two may stick around long enough for the Christmas Bird Count, but few are rarely seen in the U.P. after New Year’s Day.

This winter things have been a little bit different. A yellow-rumped warbler showed up at a feeder along the Chocolay River in Harvey just before Christmas and then disappeared a few days later. Then a second birder reported seeing a yellow-rumped at their feeder less than a quarter mile upriver on the Chocolay. It was reported as recently as last weekend. Both birders reported the warbler using the suet feeders.

Also, at Christmas time, an orange-crowned warbler was also seen in Marquette, near the old city composting site, feeding in the trees also near a feeding station. That bird was seen for just a day before disappearing. Then a second report of an orange-crowned warbler came in on Monday from Munising, where one was seen in town near a feeder at a home. With fewer people in the woods during the winter months and most birds not singing, it is difficult to know just what sort of number there might be for warblers in the area, but it definitely not many. Still, even a few warblers here in winter is notable. 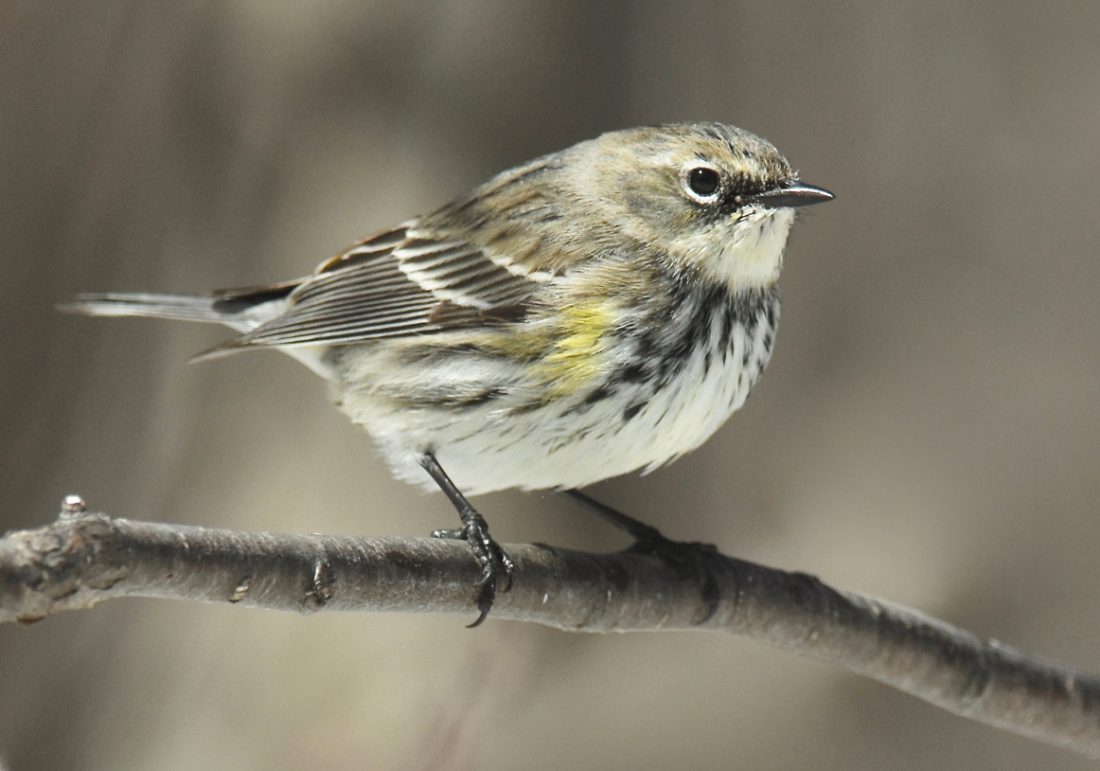 Birders that are out (and those inside watching feeders) are not seeing many birds, and what is being seen is, for the most part, in low numbers. A number of American goldfinch flocks were noted earlier this week in Gwinn and Marquette. There have been small flocks at some area feeders all winter, but several new reports cite flocks up to 25 currently coming to feeders. During Marquette’s Christmas Bird count a flock of three dozen was seen near Lakeview Arena feeding on white birch seeds. Some of the birches this fall were heavy with seeds and in some areas, goldfinches may finally be depleting those supplies and have started look for new food sources.

Small numbers of both red and white-winged crossbills have been reported across the southern tier of counties and to the east in the U.P. One of the best recent reports came from Paradise, in Chippewa County from Jan. 7 when one white-winged and 13 red crossbills, six purple finches and 20 pine siskins were seen in the area. Smaller numbers of single species flocks have been more the norm so this group of sightings really unique for the area this winter.

Small numbers of evening grosbeaks have also been seen at various locations recently, but in western Marquette County things are different again this winter. At two different feeding stations, one in Diorite and a second north of Ishpeming, larger flocks have been feeding on black-oil sunflower seeds. Closer to forty visited the latter site this week.

Snowy owl and rough-legged hawk numbers continue to be low this winter, even in Chippewa and Mackinac Counties where they were highest last winter. Both species usually travel through the area as single individuals, so reports of two of either being seen usually means they were seen in separate locations. Just a few of each have been seen in the eastern counties so far this year. Two rough-legged hawks were seen in Delta County last week.

Robins round out the quirky state of the winter across the area this week. A few single birds have been seen at various sites through December and January. Only one was found for the Marquette CBC, but earlier this week, eight were seen on the west side of town. With the large supply of mountain ash and crab apple fruits this winter, conditions have been good for a large number of both European starling and robins to make good on the extended food supply.

With the slightly warmer weather in Marquette with the open Lake Superior, and shelter from large buildings next to some trees, like those at the Marquette County Courthouse, there may be some robins able to make it here for two or three more months and ease into spring, happy to grab the prime summer territories.

Should be an interesting winter!