The delightful menace brings some changes 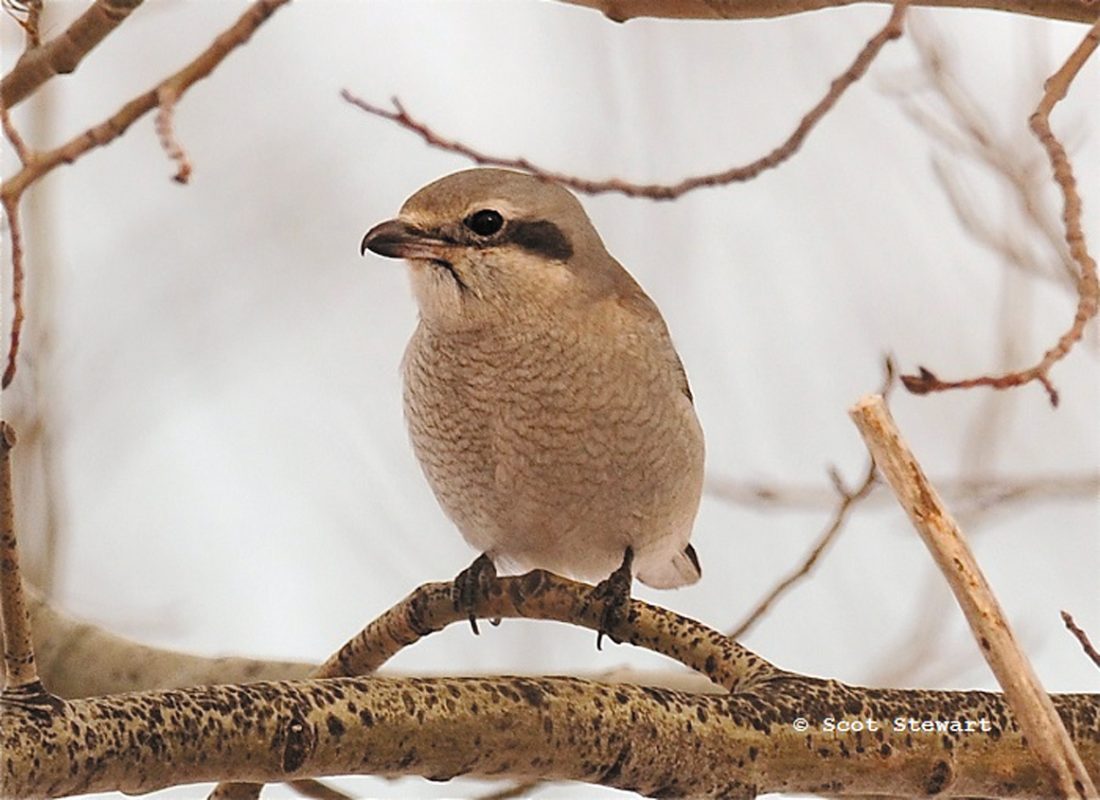 “November at its best – with a sort of delightful menace in the air.” – Anne Bosworth Greene

November has brought a bag full of new gifts this past week, including an amazing, sunny weekend and a rebellious snowstorm. The sunny weekend was a true gift, with temperatures into the 400’s and bright sunshine. The conditions were perfect for watching a second gift, a northern hawk owl. The owl had arrived on Nov. 19 and birders wondered how long it would remain in the area. Those birders were mostly from Marquette County, but others came from the Stonington Peninsula, Bark River and even Detroit to see this rare visitor to the area.

The northern hawk owl was believed the first in Marquette in nearly twenty years. A crow-sized owl, it was particularly delightful to watch because of its habit of hunting during the daytime. With a regular, year-round range across the taiga, the boreal forest of central Canada and Alaska, it has lots of daylight in summer. Unlike other owls, it is skilled with keen vision to spot prey, usually mice and voles, from as far away as half a mile, according to Cornell’s All About Birds website for the species, https://www.allaboutbirds.org/guide/Northern_Hawk_Owl/overview.

Cornell also notes the ear openings on northern hawk owls are opposite each other rather than having one higher than the other as most owls do. The unusual positioning in other owls facilitates triangulation to locate prey under snow more by sound than sight. Northern hawk owls can hunt mice, voles and lemmings in snow and at night too, using their hearing abilities to locate these rodents below the surface. They also hunt ptarmigans and grouse in their normal winter range.

A number of birders have spent longer periods watching the hawk owl and have had the opportunity to not only watch it hunt but also interact with a number of other birds. Bald eagles and crows have pushed it down into the lower branches of poplar thickets, forcing the owl to duck out of sight as they pass. The eagle is just a large raptor overhead to the owl and would not be a likely predator. The crows though would be a definite source of harassment dive-bombing any owl they find.

Last Saturday, a hairy woodpecker chased the owl several hundred yards through the former compost area. The same day a northern shrike was also seen at the south end of the area. It left shortly after the owl moved into the same area and while no direct interaction was seen, the owl may have forced it to leave. About half an hour after the shrike left, a beautiful “cross” fox, a red fox with black legs and black markings on its back was seen in the middle of the compost area too. A very late pine warbler was seen in the woods there on Monday and on Tuesday an orange-crowned warbler was seen on the west side of the compound. All in all, it has been a great area to watch wildlife.

Across Wright Street to the south on one of the fields between the Dome and the football practice area a group of up to 25 snow buntings was seen over the weekend feeding on weed seeds in an area not sodded. Areas that do not receive insect or weed treatments can provide important food for a variety of fall migrants including horned larks, Lapland longspurs and snow buntings. As global bird numbers continue to drop it is a worthy topic to consider how insects species of all sorts are managed to protect food supplies of birds and keep those birds around. Those same birds spend virtually no time on well groomed turf.

Several great birds have appeared in the Munising area this past week. On Sunday, a blue-gray gnatcatcher was found at the Munising Falls parking lot in town. Several of these diminutive birds have wandered through the Upper Peninsula this fall, always remarkable for a small insect eater not found here in summer. Their summer range extends north only as far as central Wisconsin and even there they are not common. A mountain bluebird was found near the Anna River boat landing just east of town off H-58 on Monday. This is a really rare bird for the area. The bird has a solid light blue back and grayish breast and was seen working through several medium trees in the parking lot areas. On the second day of its visit it seemed to move back and forth from the boat landing area to a fenced in brushy area.

Mountain bluebirds are found across most of the western U.S. except coastal areas north of California and in winter can normally be found as far east as central Kansas and Oklahoma. Their diet includes mostly insects and spiders, both recently available with the warmer weather, but will feed on sumac, elderberry and other small fruits too.

With many of these birds staying more than a day, birders have had a great opportunity to get a look at some not usually seen in the U.P. The snow storm this week will definitely change things, so birders will be curious to get out over the weekend and see what changes the delightful menace has brought to the area.

Patrick to retire from Snowbound

MARQUETTE — On Saturday, Dianne Patrick is retiring from Snowbound Books, which is hosting an open house all day ...

Business on Tap at Ore Dock