Ghosts of Autumn have wandered back 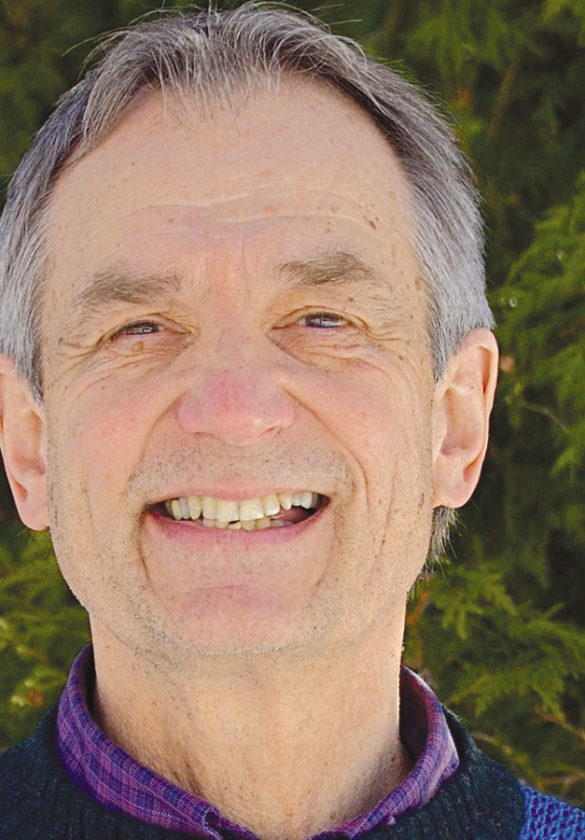 *We are given seconds every day of our life. We don’t usually take them, but they are there for the taking.” – Andrew M. Greeley

The Ghosts of Autumn have wandered back into November with their warm breath melting much of the snow in many areas, returning some of the aroma of all that is brown, leaves, soil, rock and broken branch. It is a second chance to remember rain, bare cliffs and even a touch of green grass before the Spirit of Winter Snows return.

With the change in the weather have come some really good birds to Chippewa County and to the Marquette area. In the Pickford area a snowy owl was seen on Nov. 13. A single common redpoll was seen in the area too. Snowy owls have been scarce in the eastern U.P. this fall after several winters of high numbers south of the Soo. Redpolls are also expected to be here in low numbers this winter due to the abundance of food for them and many birds farther north in Canada. Another snowy owl was seen just east of the Soo airport on Nov. 16, evidently feeding. A northern shrike was also seen on Nov. 16 in Eckerman farther west. At Whitefish Point a very late pair of red-winged blackbirds was seen on Monday.

The area around the Soo is a great place for winter birds like snowy owls, northern shrikes, winter finches and snow buntings as Lake Superior funnels them around to the area as they avoid the large stretches of open water. Chippewa and Mackinac Counties area also attractive to a wide variety of migrants due to the large open fields where rodents provide a good food supply for rough-legged hawks, snowy, great gray, hawk and short-eared owls. The remnants of grain used to feed livestock, like the horses wintering there from Mackinac Island, also help support ground feeding birds and attract mice and voles the hawks and owls eat.

Back in Marquette large numbers of gulls have begun building along Lake Superior in the city. More than 300 herring gulls were counted near the mouth of the Dead River on Tuesday. The larger flocks also draw other species of gulls that drift around the shores of the Great Lakes in winter. On Tuesday a glaucous gull was found at the mouth of the Dead River and an iceland gull was seen on the Upper Harbor breakwall. These gulls are sometimes referred to as “white-winged gulls” as they lack the black wing tips seen in the area’s more common adult herring and ring-billed gulls. These other gulls stick around the area for varying lengths of time, some just a day, others occasionally for a couple of weeks. With lots of open water on Lake Superior, their stays are usually for shorter periods. 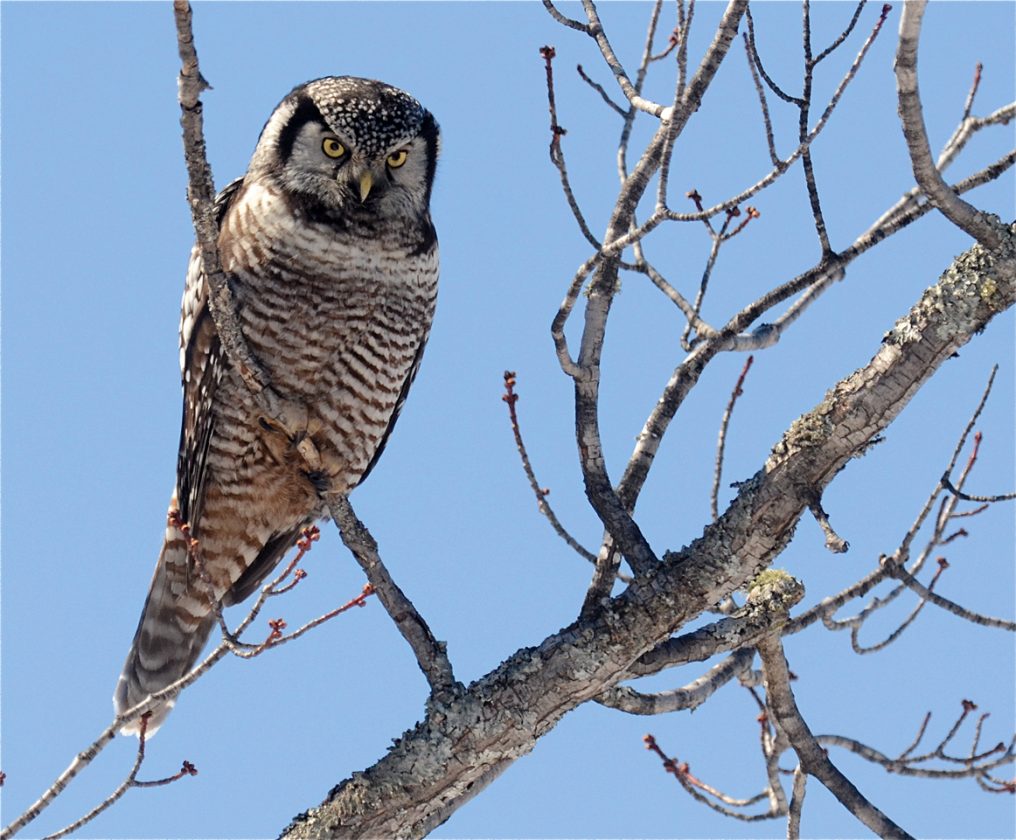 In the Lower Harbor of Marquette there has been a growing population of mallards as the smaller lakes and rivers begin to freeze up. 300 mallards were seen there on Monday. Along with them, a red-breasted merganser, black and ring-necked ducks, common goldeneyes, a green-winged teak, a pair of red-necked grebes and a pair of common loons was discovered. That is some of the best diversity reported in Lower Harbor in quite some time.

The best bird to come to the area though was a northern hawk owl spotted on the north side of Marquette near the old composting area on Lake Shore Blvd. on this past Tuesday. The owl was very active all afternoon hunting rodents along the edges of the fenced in area after first being seen along the edge of a field next to the old composting site. On several occasions it was seen feeding on voles. Their small heads and active day hunting help give them their name.

This is a historically good area to see snowy owls and northern shrikes as it is closed off and activity around the area is limited to the road and bike path and a rarely used path along the west side. Ironically the owl flew in close to several birders as they looked for or watched the owl, apparently unconcerned with the people.

These owls live year round in central Canada and Alaska in the taiga, a forest of smaller aspen, birch and spruce, between the northern mixed forest here and the tundra. They often live in areas of long summer days and frequently hunt through the daylight hours. They also live in areas where there are few people. This combination makes for really good owl watching — active during daylight hours and able to hunt in areas where there are people. Problems arise though when people do get too close or make too much noise, hampering the owl’s ability to hunt effectively. Birders should give the owls plenty of space when they are hunting to reduce the birds’ stress.

This is the first hawk owl reported in Marquette in 20 years. Besides the occasional ones seen in the eastern U.P., one was found in the Chassell several years ago. Many will remain in a good hunting areas for extended times so birders are hoping this northern hawk owl and other good sightings will stick around for a while. With the start of the Christmas Bird Counts coming in less than a month birders will be checking regularly for new arrivals.

ERIC MACKALL Hersey “Ham. My family knows how to make ham better than they know how to make turkey.”

JENNA OLIVER Waterford “I think I have to have pumpkin pie. I’ve just always had it at Thanksgiving. Plus it’s tasty.”

ELISA WIERING Marquette “Turkey, of course. My family has a cauliflower dish we usually have as well.”