Returning to acting, Jagger plays man of wealth and taste 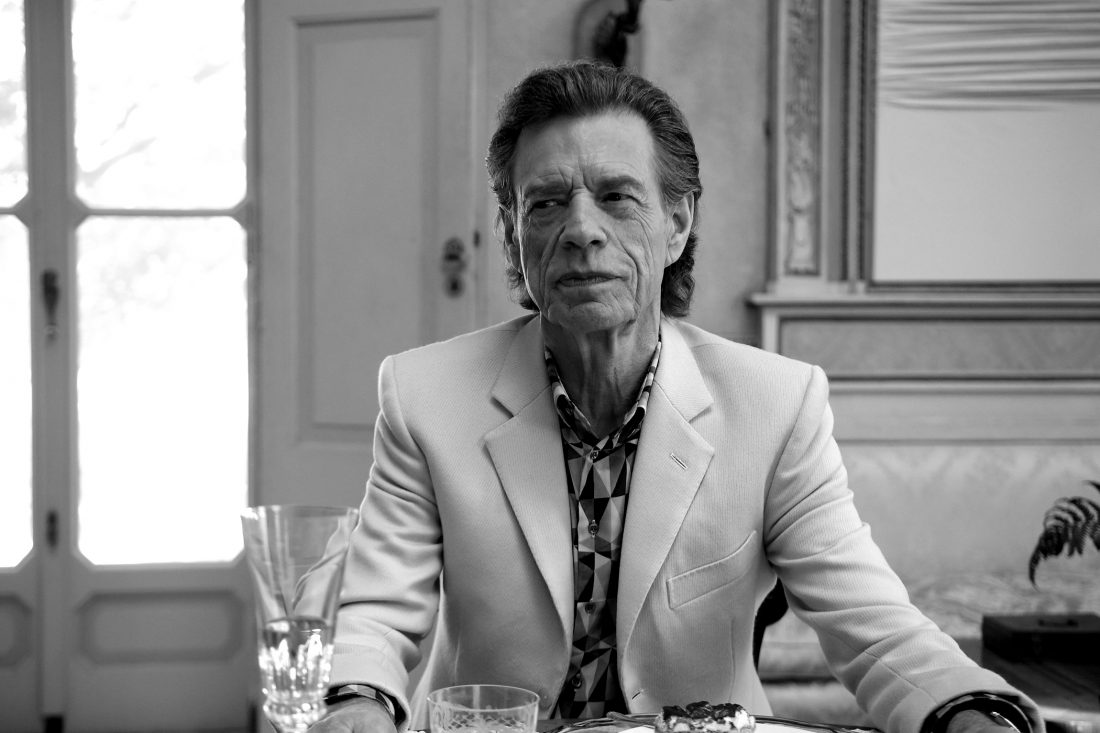 This image released by Sony Pictures Classics shows Mick Jagger in a scene from the film, "The Burnt Orange Heresy." Jagger plays a devilish art collector who cunningly convinces an art journalist to use a rare interview with a reclusive artist as an opportunity to steal one of his paintings. ItÕs JaggerÕs first film since 2001Õs ÒThe Man From Elysian Fields.Ó (Jose Haro/Sony Pictures Classics via AP)

In the film, which Sony Pictures Classics will release Friday, Jagger co-stars alongside Claes Bang and Elizabeth Debicki as a devilish art collector who cunningly convinces an art journalist (Bang) to use a rare interview with a reclusive artist (Donald Sutherland) as an opportunity to steal one of his paintings. It’s Jagger’s first film since 2001’s ìThe Man From Elysian Fields.î And, he says, it might be his last.

“I wish I had done a lot more acting. I’ve just done bits and pieces here and there whenever I’ve been able to,î” Jagger said in an interview by phone. Then he chuckles. “You know, I have another job. I have several other jobs, really.î”

When the 76-year-old hasn’t been performing with the Rolling Stones, Jagger has carved out a peripatetic but adventurous career in movies. He’s favored more experimental filmmakers, working with Jean-Luc Godard, Nicolas Roeg and Werner Herzog. Acting a little less than David Bowie but more than Bob Dylan, Jagger’s film career has been consistently intrepid. He’s a very good actor, even if his big-screen performances will always be dwarfed by the gyrating spectacle of his kinetic stage persona.

“I always liked the idea of it,”î Jagger, speaking by phone from France, says of acting. “I enjoy the change of pace and the change of focus of your performance. When I’m performing these days, it’s mostly in very large places in front of lots of people, whereas when you’re on a small set, you’re performing much more subtly and not such elaborate gestures. You have to really tone it down.î”

Sometimes, fate (and tour scheduling) has intervened. Jagger’s performance in Herzog’s famously delirious “Fitzcarraldo”î (1982) was cut because the original lead, Jason Robards, got sick. When shooting restarted in the Peruvian jungle, Jagger had a conflicting Stones tour. His part was cut and Klaus Kinski took over for Robards. Herzog has called Jagger’s departure “one of the biggest losses I’ve ever experienced as a director.î” (Bits of Jagger’s performance be seen in documentaries like “Burden of Dreams”î and “My Best Friend.”î)

“It was a pity about that. That was a shame,”î says Jagger. “So Klaus Kinski did the job on that and did it better than I. Nevertheless, it was an experience.î”

But the timing and the script lined up for “The Burnt Orange Heresy.”î It’s directed by Italian filmmaker Giuseppe Capotondi, whose twisty 2009 debut film “The Double Hourî “proved his talent for conjuring a noirish atmosphere of intrigue and mystery. “The Burnt Orange Heresy,”î based on Charles B. Willeford’s 1971 novel, is an elegant, stylish kind of film seldom made anymore, with glamorous actors in a glamorous setting (Italy’s Lake Como).

When Capotondi first met Jagger in London to discuss the part, he was struck by the rock star’s humility. ìHe said, “Look, I haven’t done this in 20 years. I might be rusty,”íî recalled Capotondi.

Jagger found ways to shape the character, giving him slicked-backed hair and a slightly menacing Chelsea accent from the 1960s. In the film, Jagger’s art dealer presents Bang’s writer with a kind of Faustian bargain, and things get darker from there. Capotondi considers the character a version of the devil — an apropos role for the writer of “Sympathy for the Devil.î”