Matthews was inspired by his daughters to write a novel 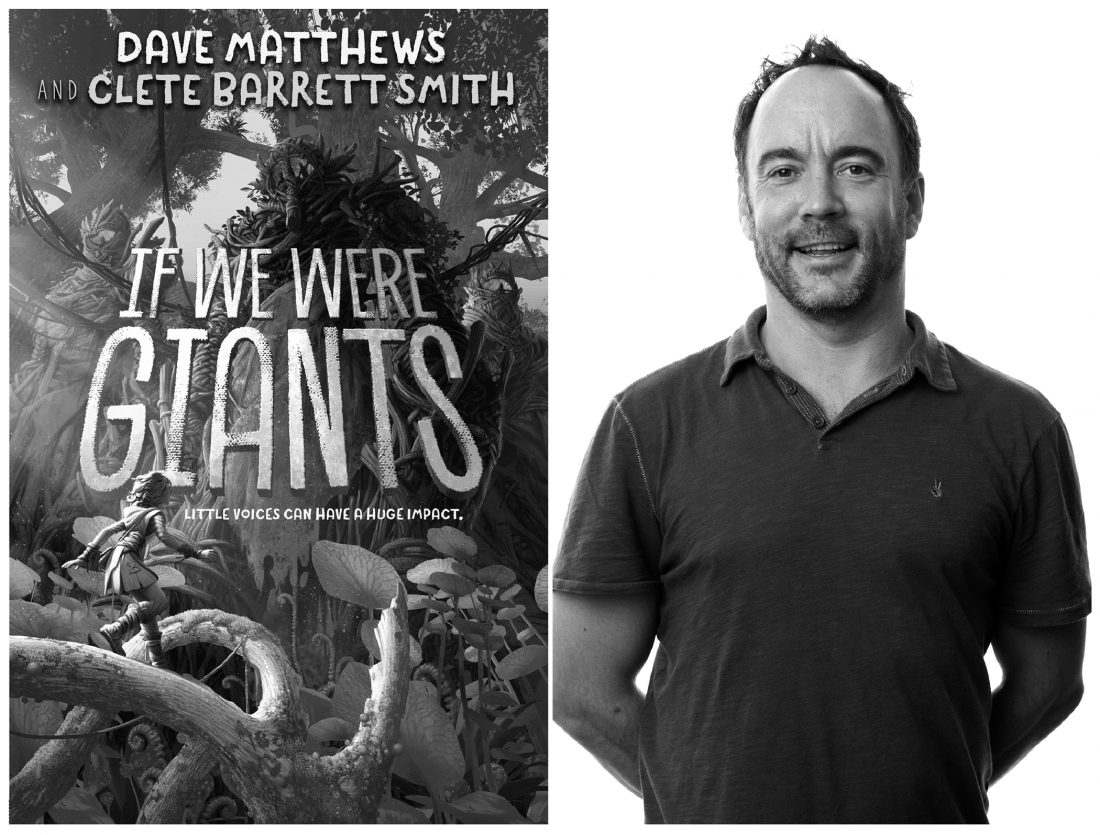 This combination photo shows the cover image for the children's book, "If We Were Giants" by Dave Matthews and Clete Barrett Smith with illustrations by Antonio Javier Caparo, left, and a portrait of musician and author Dave Matthews. (Disney-Hyperion, left, and AP)

He was recording music in New Orleans years ago when he started imaging the story of ìIf We Were Giants.î His twin daughters were 6.

While they played in the trees, the singer-songwriter was overwhelmed by nature and how people interact with it. So that prompted him to craft a story to share with them.

Though the story centers on a strong young woman, Matthews never set out to write a book about female empowerment. He says it just sort of happened.

ìI think maybe because my daughters inspire me,î he said.

Kirra, the heroine of the story, is a 14-year old girl living in a hidden community inside a volcano. But her familyís secret location is discovered and destroyed. As the lone survivor, she is taken in by a group of forest dwellers.

Over time, she summons the courage to confront her past and save her new family from another deadly attack.

Matthews wants the book to provide hope in a complicated world. Published by Disney-Hyperion, ìIf We Were Giantsî is currently in bookstores.

Matthews has no problem crafting hit albums or playing to massive crowds, yet he wasn’t sure he could effectively put his ideas into words, so he joined forces with award-winning writer Clete Barrett Smith to write the young adult novel.

His daughters are now 18 and Matthews talks with them and his middle school-aged son about current events, like the environment and the war in Syria.

“They do get heartbroken. Because it’s their world and they’re like, ‘What are we inheriting?’ I want them to realize that even if the door is closing, there is possibility to be kind and strong and intelligent because that’s the only option,” he said.