Historian Niall Ferguson warns of contagion, online and off 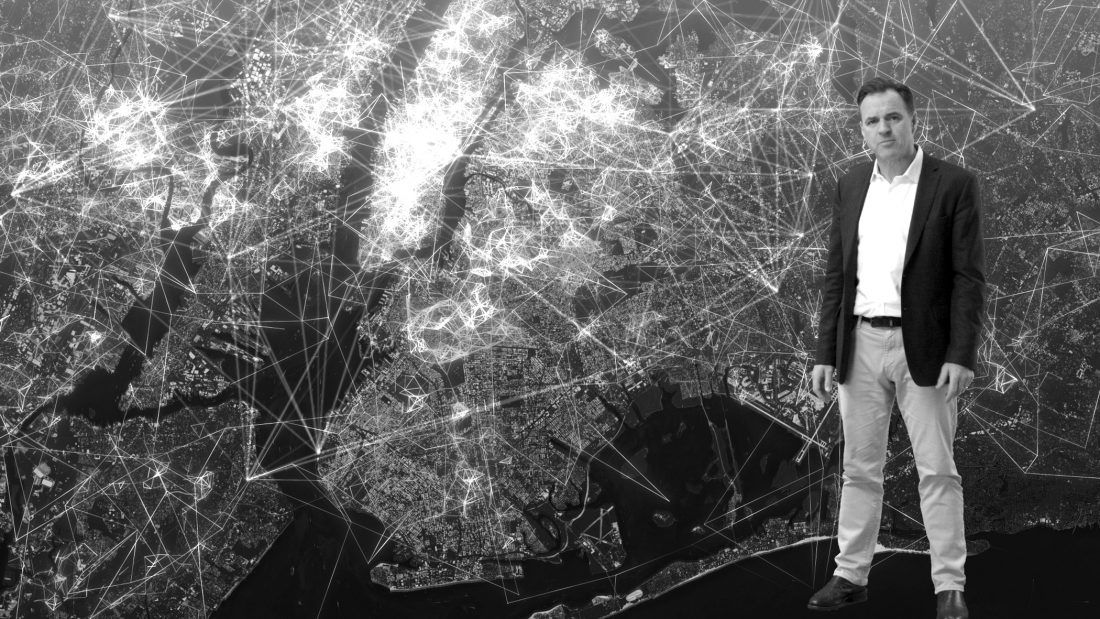 This image released by PBS shows historian Niall Ferguson, host of ÒNiall FergusonÕs Networld,Ó a three-part series now streaming on the PBS site, on the PBS Video app and on YouTube. (Chimerica Media Ltd/PBS via AP)

NEW YORK — Historian Niall Ferguson has a knack for timing his TV projects.

He debuted his examination of the global financial system in ìThe Ascent of Moneyî just as the 2008 economic crisis was hitting. Now he has returned with a series that helps us better understand the conronaviris.

ìNiall Fergusonís Networldî from PBS is a look at the rise of online social networks like Facebook and Twitter, but it also explores the same principles that are a matter of life and death as the globe confronts a killer virus.

ìWhether it’s a financial crisis or a pandemic, you can find very similar dynamics,î he says. ìYou’re dealing with the ways in which things go contagious through social networks.î

The three-part series — streaming now at its PBS site, on the PBS Video app and on YouTube — shatters the cool facade of Silicon Valley. Ferguson looks into world history to find similar disruptive technologies like the printing press and telegraph and reveals principles of network science to show the internet follows ancient rules.

ìThere are many things about our world that are new and unprecedented, but actually technology has just made the networks bigger and faster,” he says. “The underlying properties of social networks are the same as they were in Roman times. î

The series is an engaging tour through the past and into science, skipping gracefully from Paul Revere, William Randolph Hearst and Ella Fitzgerald to the Reformation and studies about how crickets coordinate their sound. Ferguson has adapted it from his bestselling book ìThe Square and the Tower.î

Stephen Segaller, the vice president of programming at WNET who has collaborated with Ferguson on several series, said ìNiall Fergusonís Networldî manages to make exciting some very abstract ideas.

ìI think he gathered together a lot of smart threads to create this overall picture,î Segaller said. ìThis was a huge challenge. In other series, Niall has been striding across landscapes — walking through the Forbidden City or standing in Sarajevo talking about history — but this series the challenge was it doesn’t take place in any physical spaces to speak of.î

Ferguson admits he initially bought into the promise of the Internet — that it could create a global community, a utopia, even. But the more he looked at it the more he saw the downsides — the undermining of democracy, the swift movement of noxious content, the rise of billionaires like Mark Zuckerberg at the top of the pyramid.

ìWe definitely were very susceptible to the Silicon Valley Kool-Aid that once we were all connected, everything would be awesome. I believed that for a time,î he said.

ìI’m pretty sure most people did because e-mail was so cool and web sites were so amazing. And Google was such a boom. And Facebook was astonishing. We were very, very disinclined to think that there could be downsides.î

He suspects many people seem to think they are getting free services from online hubs like Google and Facebook. In fact, we are actually handing over to them our personal information, and much too easily.

ìI think we’ve slightly misunderstood the central relationship in the Internet age, which is we give our data and we get services in return. We’re really underpricing our own personal data.î

Ferguson, who holds posts at both Stanford University and Harvard, found in network theory answers to why the Internet breeds division, why the rich get richer and why bad and false stuff moves so much quicker — like a contagion.

That brings him back to the coronavirus. The TV series makes clear that everyone has their own personal social network and it determines the probability of getting sick in 2020.

ìYou have to understand you are a node in a network and if you are still going out to dinner or going to parties or still seeing a whole bunch of friends, then you’re really massively increasing your risk of getting this virus,î he said.

ìThe point of doing the series was to say there’s just one grand theory of networks that applies to everything. And if we only understood it as ordinary folks, we wouldn’t be making a bunch of mistakes, like the mistakes that we’re making right now.î

Mark Kennedy is at http://twitter.com/KennedyTwits.