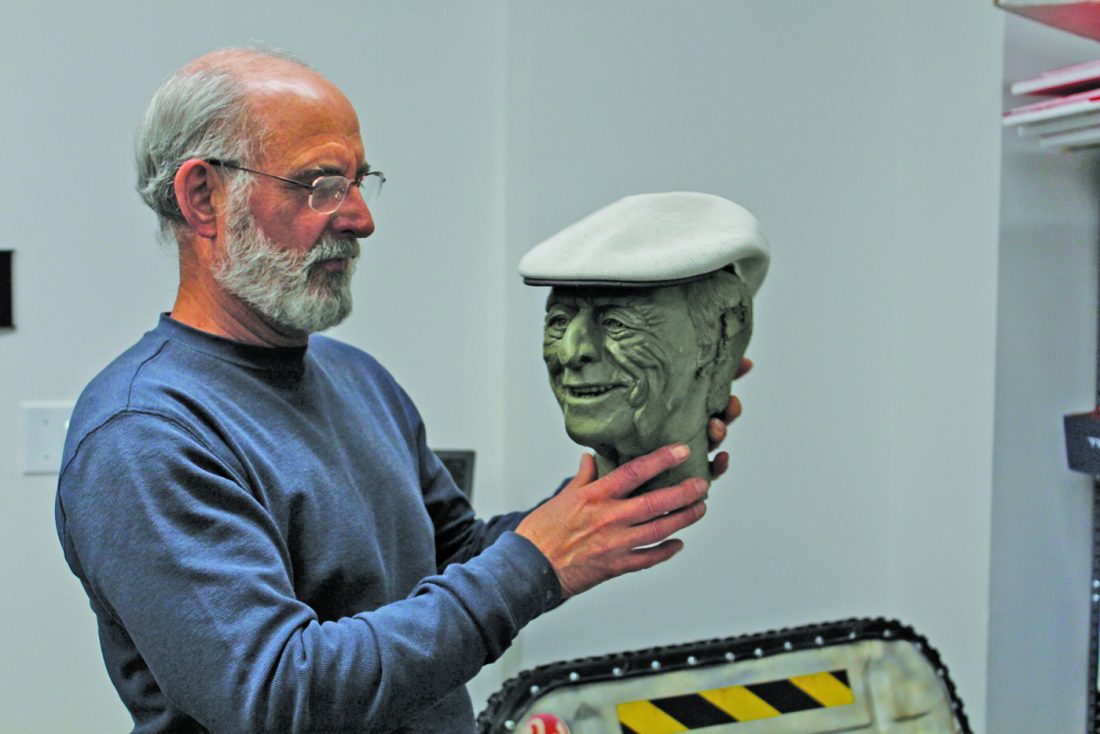 Local artist Earl Senchuk holds a clay sculpture of Phil Niemisto’s head, which he created for a statue honoring Niemisto. The statue is located in Marquette's Pocket Park along Washington Street. Senchuk explained his process behind creating the statue during a presentation he gave Dec. 5 for the Northern Center for Lifelong Learning. (Journal photo by Trinity Carey)

MARQUETTE — Local icon Phil Niemisto is commemorated each day through a local landmark — the Phil Niemisto Pocket Park along Washington Street in Marquette.

In October 2017, Marquette artist and inventor Earl Senchuk added a statue in Niemisto’s likeness to the park. While Niemisto passed away just a few months after the statue was dedicated to him, his memory lives on where he most enjoyed spending his time: downtown Marquette.

Senchuk shared his secrets behind creating the statue during a Northern Center for Lifelong Learning Presentation Dec. 5 at the Marquette Arts and Culture Center.

He showed those in attendance a video on the creation of the statue, which can be found on Earl Senchuk’s Youtube by searching “Phil Niemisto Statue – How it came to be.”

After creating a small statuette of Niemisto, former director of the Marquette Downtown Development Authority Mona Lang approached Senchuk about creating another for the park. Before Senchuk could decide if he was able to create such a statue, Lang had already gathered $3,000 in a GoFundMe account. By the end of the campaign, roughly $10,000 was raised for the project and Senchuk knew he had to take on the challenge. He had three months to plan and make the statue. The first step was convincing Niemisto to sit with him long enough to be measured, but he was always busy making his rounds in town, Senchuk said. He made a study board of pictures of Niemisto and finally got his measurements down to the length of his nose and the width between his eyes and began working on the epoxy piece.

“I really enjoyed the challenge of it all,” Senchuk said. “I had never used epoxy before in my life, but I am an inventor and I like figuring things out so this presented a wonderful challenge to me.”

Making the statue of epoxy was the most difficult part but also the most unique aspect of the sculpture, he said.

“How many sculptures have you seen in a city park made of epoxy? They’re always bronze, so this opened up that door to a lot of people using these techniques that not even the presidents of the company knew about. Now other people can do what I’ve been doing.”

Sculpting the fabric of Niemisto’s sweater and the fine details of his cabbie hat was a tedious process, he added. Instead of carving the texture and patterns of his clothes, Senchuk used what he deems his secret ingredient, moulage. The substance is cooked down and can be poured on fabrics, skin, etc., to create a casting from which latex molds can be made from. For the sweater, he made a textured stamping pad from the mold which could be pressed onto the statue to achieve the details of the fabric.

“It took me every bit of the three months that I had,” he said. “As a matter of fact, I cast his head at 4 o’clock in the morning on the day of the dedication.”

While the process was long and tedious, Senchuk feels it’s important to share with the community so that other artists can learn from it. He also hopes the statue keeps the memory of Niemisto alive.

Senchuk recalled a trying time for local business owners in the 1980s, when interest rates were raised and downtown store owners began closing their doors.

“That’s the time when Phil was washing windows for free just to keep the town alive,” he said. “Then he moves into the park and plants the flowers and tends to them and everything else and that’s what people remember. It’s just the stuff that Phil did for people. He was a very giving man.”

NCLL board member Phyllis James said the presentation was an opportunity for those in attendance to see the great work of Senchuk and commemorate Niemisto.

“Phil was an icon and just a wonderful man and to keep him alive in our community is so important,” James said.

The NCLL provides a variety of programming to continue the education of seniors. For more information or a schedule of events, visit nmu.edu/ncll.

To see more of Earl Senchuk’s artwork and inventions visit, his website earlsenchuk.com 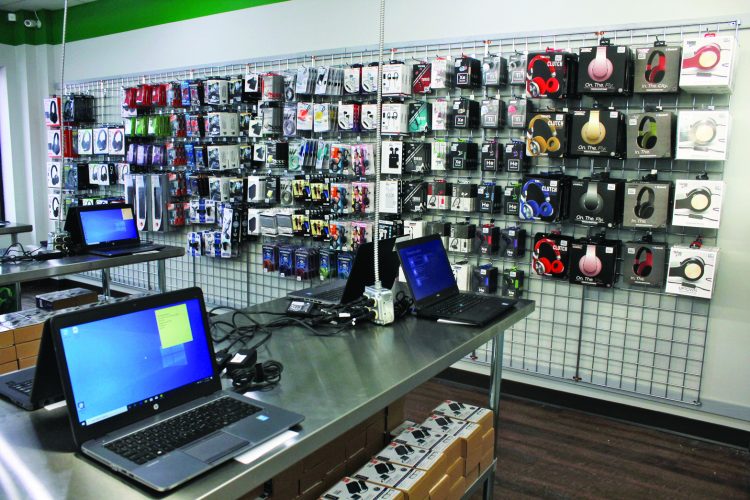