From Cityscape to Farm Space 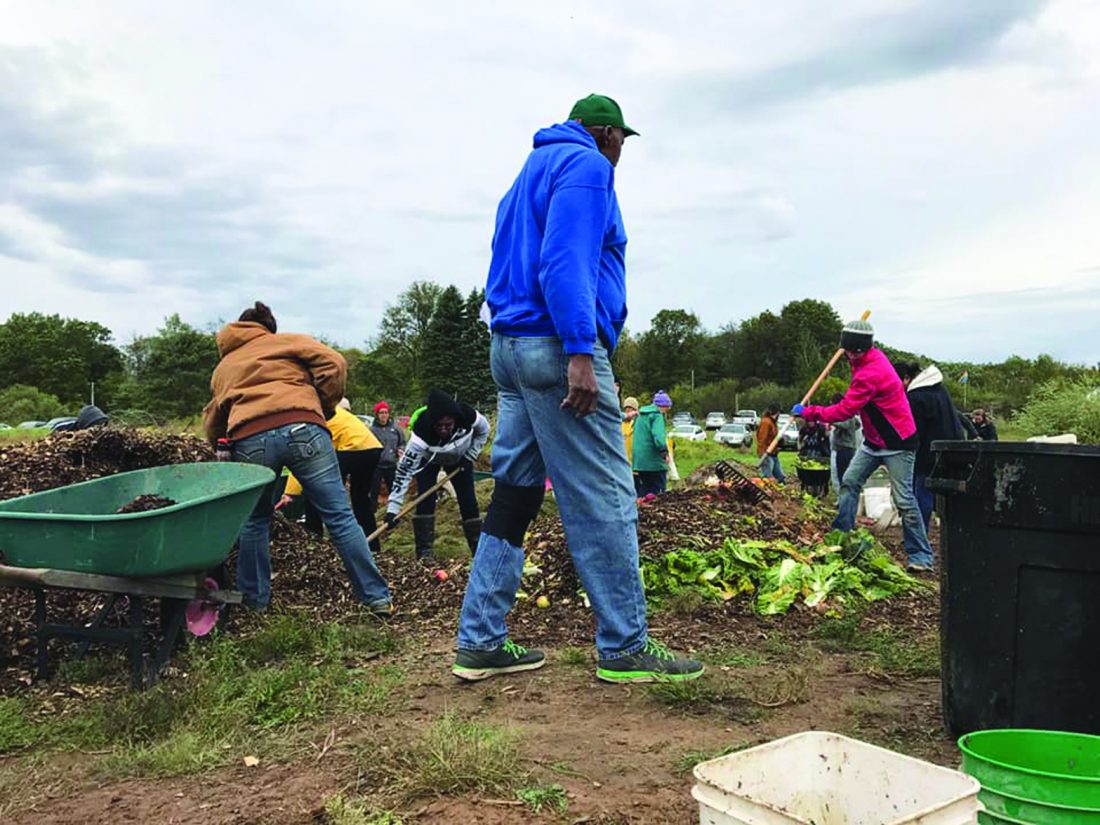 When we buy our food from as close to the farm as we can get, it not only tastes better, but it’s better for you too. In urban areas where land suitable for any kind of agriculture is hard to come by, it’s more difficult to obtain healthy food that didn’t travel long distances to reach your plate. Will Allen, former professional basketball player and farmer, is changing the ways of food cultivation with his urban agriculture techniques.

Twenty-six years ago Allen purchased the last remaining farm in the city of Milwaukee and began working to answer the question, “How do we feed people without shipping food from long distances, from overseas and so forth?” he said.

For Allen, this means using his Milwaukee farm to not only practice sustainable farming techniques, but to educate the public on such techniques and spread the possibility of viable urban farms.

Allen discussed how he operates his farm year-round and produces an abundance of produce, fish and hemp in an urban space.

“It’s all about the soil when you’re growing organic food,” Allen said.

With carbon-based material such as wood chips, leaves and straw, and nitrogen material like food waste and brewery waste from local microbrews, he creates acres of compost to grow in. With good compost, urban spaces such as paved parking lots and asphalt areas from abandoned buildings can be turned into garden spaces with 2 feet of good soil. Allen dreams of the rooftops of large city buildings being used as garden spaces, which would not only allow for healthy food grown right in cities, but capture carbon and produce cleaner air in populated areas, he said.

“There is lots of vacant land in our major cities that we can turn into growing areas,” he said.

Allen also grows his produce indoors so that a crop is guaranteed even in the winter months. He places his compost in the interior corners and along the exterior walls of his hoop houses to heat them. The compost heats the houses through the winter months with no energy and free of charge.

Aquaponics is another technique used by Allen to run his farm. Through a natural breeding technique, he produces lake trout. While the farm fillets the fish and distributes them to local restaurants, the fish serve another purpose. The water they live in is run through the plant beds and the fish waste in the water feeds the plants. So every aspect of his growing process is natural from soil to product, the lake trout are fed a natural fish food of black soldier fly larvae, which are 42% protein, he said.

Allen also built a system to collect rainwater off of buildings to feed his plants, which could be done on any building, he noted.

Through renewable energy sources, creative use of space and other methods, Allen has found ways for a farm to function in an urban area. He hosts workshops around the world on making compost, growing mushrooms, beekeeping and more to teach his farming practices. His farm is open to the public for tours and other educational opportunities, because Allen hopes to inspire the next generations to become interested in urban agriculture. The future of agriculture is dependent upon the youths’ understanding of where food comes from and the “plight of farmers today,” he said.

There are challenges that keep urban agriculture practices from being implemented at a larger scale, such as the policies of cities and politicians, Allen said. But it is possible if cities would include funding for farming in their budgets, and more youth become focused on where their food comes from and the practices that go into producing it, he added.

“The main thing is to make people aware of healthy food because everybody is a consumer, so why not eat something that’s going to improve your life, improve your health, because if we eat bad food, we know what result that’s going to be,” Allen said. “We’re going to have issues down the line.”