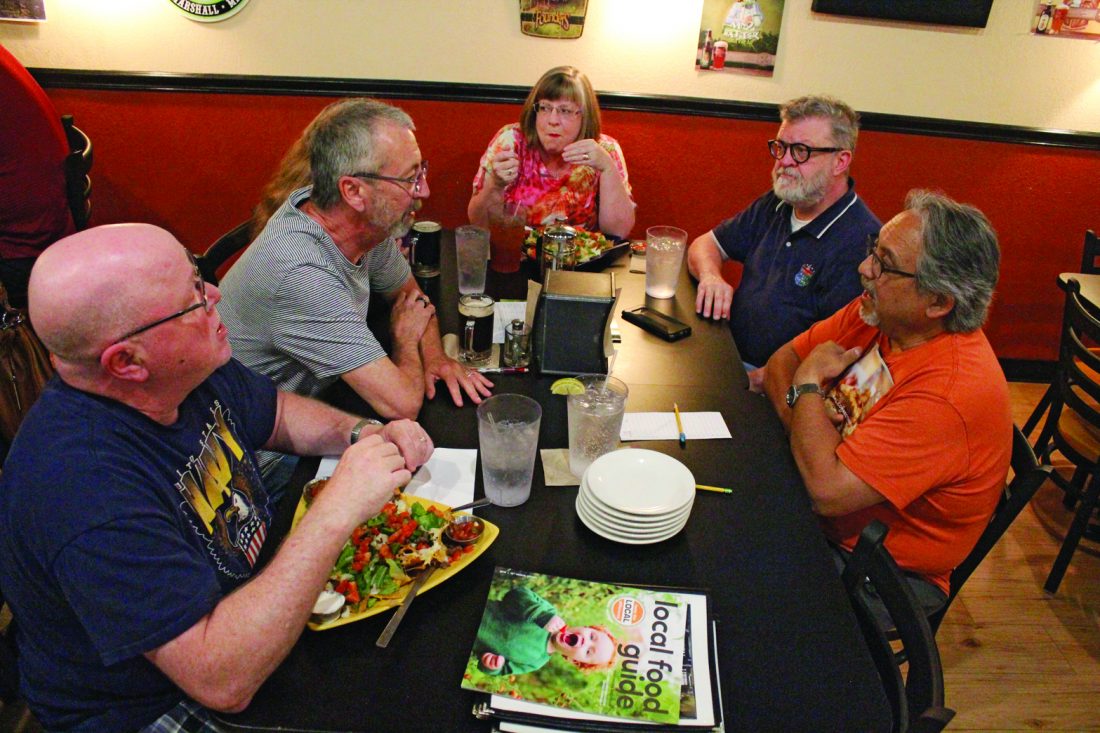 Eating local food isn’t just about eating more nutritiously. Choosing local means improving food security in the Upper Peninsula, by supporting the farmers who make their livelihoods from growing the food and the businesses who choose to support those farmers.

The Superior Entertainment Center in collaboration with Taste the Local Difference hosted a Local Food Trivia night Tuesday to encourage the community to learn about and support local food sources.

“The U.P. needs to have food security,” said Amy Manning, general manager of Superior Entertainment Center. “That’s one of the biggest issues for me, so in order to do that we need to support local farms so that we have our own sources of local food.”

Trivia attendees drank beer and liquor from Michigan brewers and distributors and snacked on dishes made with ingredients from local farmers.

In an effort to reduce the carbon footprint of the business, 25% of draft beers served at Superior Entertainment Center’s restaurant and bowling alley travel less than 150 miles to reach the site, with the rest traveling less than 500 miles.

Manning hopes the event highlighted all the local food items the center has to offer and encourages patrons to think about where their food is coming from.

“We incorporate everything that we can and it’s very interesting because our busy season is during the winter and there’s not a lot of local produce growing during the winter, so we really have to focus on some other items,” Manning said.

Superior Entertainment Center sources beef from Superior Angus Farm in Rapid River; bread and pizza dough from Marquette Baking Co.; lettuce, tomatoes, peppers, carrots and onions from Seeds & Spores Family Farm; and potatoes from various local farms to make their homemade french fries. In the kitchen, they’re growing herbs such as mint for their mojitos and oregano for their soups.

Trivia was a fun way to remind customers of the local food options available in the area besides what’s on their plate, Manning said.

“It provides an opportunity to see that basically any restaurant can incorporate local food,” Manning said. “You don’t have to be someone specialized in local products in order to have local food on the menu.”

The center’s decision to focus on so many local ingredients and sustainably sourced products are what intrigued Alex Palzewicz, U.P. local food coordinator for Taste the Local Difference, to team up with the business for trivia.

“The aspect of them having the local fry option because it let’s consumers make the choice, and that’s really what I’m ultimately asking consumers to do is to make that local choice,” Palzewicz said. “So that’s the cool thing and it also allows a business with a low-profit margin, such as a restaurant, to afford the choice of going local.”

Choosing local food may not always be the cheapest alternative, but it supports local businesses that are supporting area farmers and growers. Businesses and community members need to support farmers and growers for these local options to be available, she said.

“When I think about the farming side of things, it’s our food security and it’s my food freedom of being able to have the choice of a better option, of a tasty green with lots of nutrients, or to be able to have a humanely raised delicious beef option,” Palzewicz said. “I would like to have those options, so that’s why I think it’s important.”

Trivia questions featured general knowledge questions as well as questions more food-focused, such as how to spell “kohlrabi” and what percent of farmers in the U.P. are veterans.

Palzewicz hopes the questions, which she and Manning created, were fun, but also that some of them stumped attendees and made them curious to try out and learn more about local food.

“When you’re standing in the grocery store next time, you say, ‘Oh, this is just regular jam, but this is jam made in the U.P.,’ and it’s a $1.50 more, but the hope is you will remember why it’s so important,” Palzewicz said.