Ingredients of a champion 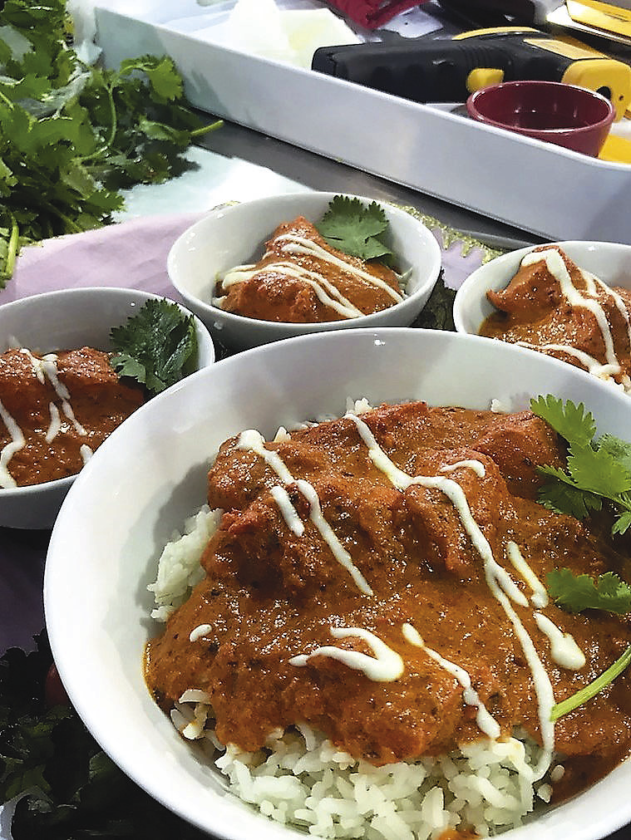 MARQUETTE — For the second time, home cook Brenda Washnock of Negaunee made the top 10 of her category in the World Food Championships last month.

Every year, thousands of chefs and home cooks from all over the world compete for more than $350,000 in cash and prizes. The November event was held at The Wharf in Orange Beach, Alabama, this year under a massive tent that hovered over full glistening kitchen setups for the competitors’ use.

“They had everything you could possibly need,” Washnock said, adding that there were stages set up for people to watch the competition, food demos, barbecue stations and more.

As a requirement, each candidate had to prepare a signature dish of their choice as well as a structure dish that’s already determined. Washnock, who made the top 10 in 2013 when she was in the “pasta” category, had to prepare meals made with chicken this time around.

“I was concerned about making chicken parmesan, but it ended up working really well. I never get points for appearance, so that became a big deal for me because I did well across the board,” she said. “We only had a little over an hour to make everything. There was barely a minute to spare after we were finished.”

Her signature dish, chicken tikka masala, was featured at Outlanders in Marquette prior to the competition. Washnock, who usually doesn’t like to spend too much time practicing before the competition, said she received some feedback from customers on the dish which helped her fine tune the recipe.

Those who make it into the top 10 have about an hour and 30 minutes to finish the product, she said. One of the requirements was that the recipe consist of Lipton’s tropical berry tea. Washnock originally planned on making jerk chicken with mango and pepper with coconut and tea beans and rice.

“I practiced making it once. It tasted delicious, but it wasn’t pretty,” Washnock said, adding that the day before the top 10 competition, she decided to change the dish to a North African bredie over tea-scented couscous.

“It tasted really good the night before, but one time is not indicative of how it’s going to go,” she said. “I think we went over the top. I didn’t know how to make it beautiful — there was almost no way.”

Washnock got seventh place for the dish.

“The whole time I was cooking I knew I had a problem with the taste, so I kept adding more of what I was allowed to,” she said.

Helping Washnock throughout the competition was her nephew, Brian Nance, his fiance, David Guibord, and friend Sharon Damante, a fellow cook who joined the team in the top 10 round after she didn’t advance in the rounds. Damante has been featured in various food competitions, including on the Food Network Show.

Washnock received an overall total of 86.55 for all rounds.

“I will be more ready for a top 10 dish, next time. I won’t change it last minute,” Washnock said in regards to planning for future competitions. “I would have had plating purchased and took it with me, if I would have made a decision of how to look nice.”

On Dec. 13, Washnock will join the crew at Outlanders in Marquette for the local restaurant’s Cooking for a Cause event. The menu will include Washnock’s chicken tikka masala, which was featured at the WFC; gado gado, an Indonesian salad, available vegan/gluten friendly, with a peanut dressing; North African sweet potato hariri Maghreb, which is available gluten friendly; and shawarma season chicken with garlic sauce, served with basmati rice and Syrian beans and bread.

“We sold out last year before dinner, so it’s a good thing to call ahead to reserve meals,” Washnock said.

This will be the fourth time Washnock has worked alongside Outlanders co-owner and cook Anne Klingler.

Proceeds from the sales of the meals will be donated to Teaching Family Homes of the Upper Peninsula.

According to Outlanders’ Facebook event page, anyone interested in tasting Washnock’s flavorful dishes can do so from 11 a.m. to 7 p.m. if they don’t sell out.