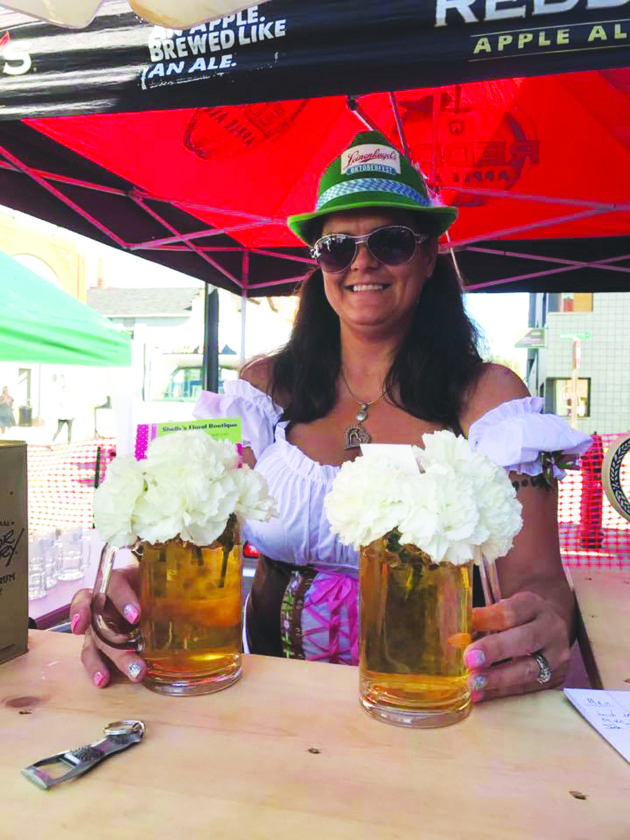 NEGAUNEE — Planning for the third annual Negaunee Oktoberfest is underway in Iron Town.

Negaunee’s Oktoberfest will begin at noon Oct. 6, where the city will honor the German traditional festival with its own celebration along Iron Street.

Maryhanna Ockerna, Downtown Negaunee Business Association event coordinator, said street festivities will continue until about 6 p.m. and that there will be specials, giveaways and discounts from Iron Street businesses taking place throughout the day.

The festival will feature live music; a beer tent; stein holding contest; dirndl and lederhosen costume contest; and a kids Halloween costume contest with winning prizes for the scariest, the cutest and the most creative.

“We had a few participants last year and it was really fun,” Ockerna said.

Artists and other vendors will line Negaunee’s main drag selling a variety of merchandise. There’ll also be a family-fun section with plenty of free activities and prizes.

Ockerna said there’ll also be free giftbags for every child that comes to Oktoberfest, which can be picked up at the children’s activity area or “Hanna’s booth.”

“We’re also going to have a really awesome family-fun section with obstacle courses, big slides from Double Trouble Entrainment for kids and adults,” Ockerna said. “There’ll be games and pumpkin and face painting, too.”

In addition to previous years, Ockerna said they’ve added five or six of the big bouncy houses for people of all ages this year.

“We typically have one in the kids section, but the event has definitely grown over the years,” she said.

According to the event’s Facebook page, there will be a giant two-story slide, an oversized tricycle race track, playground and a pirate castle.

“It’s a free family-fun day in downtown Negaunee and it’s put on by the local businesses who would really like to give back and welcome the public to visiting our downtown area,” Ockerna said.

As another way of giving back to the community, a portion of the proceeds from a gift basket raffle will benefit the Negaunee Public Library, Ockerna added.

As for live music, The Pit Crew from Jackson’s Pit and Gourmet Grill will be playing along Iron Street and Gena and Hozz will jam at Barr’s Bar from 2-5 p.m. German oompah music will aso be live broadcasted.

Beer will be pouring at the Jackson’s Pit beer tent, where Samuel Adams’ Oktoberfest will be featured and Rollin’ Smoke BBQ mobile truck from Trenary will be serving pulled pork, brisket sandwiches, fresh coleslaw and more.

Negaunee’s Oktoberfest was featured as one of the best attended events downtown Negaunee has had in the last 20 years.

“It keeps growing and it’s just fantastic,” Ockerna said, adding that the event is in need of volunteers and vendors. Those interested can contact her at 906-362-1426.