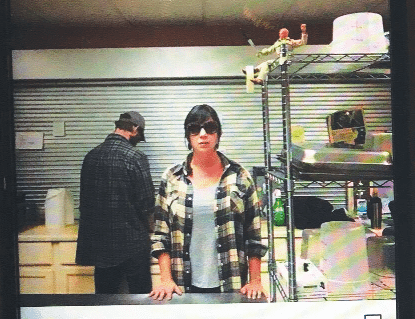 MARQUETTE — After serving around a half-million tacos over the year, two members of the Dia de los Tacos crew will bring something different to the table Sunday and Monday evening by offering a five-course Cuban cuisine paired with spirits and wine at Zephyr Wine Bar and Cafe in Marquette.

Mike Walker, owner of the Marquette-based food truck Dia de los Tacos, and Mary Andronis, taco truck employee and Walker’s longtime friend, will be the guest chefs both nights. The event will take place in The Cellar room, a rustic and intimate space situated in the lower level of Zephyr, which hosts around 36 people.

The first course, according to Walker and Andronis, will consist of butifarras and halloumi, a brined, white cheese; the second course, for which Walker said he ordered about 60 pounds of crab, will be a crab, avocado and pickled onion salad; homemade arepas with a type of Swiss cheese will be the third dish; mojo marinaded grilled pork loins on skewers will be the fourth course; and pots de creme, a dessert made with a dark Cuban rum, will be the fifth and final course.

Walker and Andronis agreed that creating the menu and determining how much product to purchase has been the most taxing part of preparing for the event.

“I think nailing down the menu was the hardest part and just making sure we have enough of everything, like the special cheeses,” Andronis said.

Walker explained that it’s also necessary to consider the space and limitations one might be working with as well.

“You look at the limitations you have to deal with and try to create things you can effectively execute in that space in an efficient time period, and that becomes a challenge sometimes, but it makes it fun too,” he said. “I’m going to spend some of the evenings after I’m done on the truck this week, kind of fine-tuning some recipes and then I’ll be in the kitchen the bulk of (today) and Sunday getting everything preemptively taken care of. I think we’re going to be feeding people food that they’ve either never had or certainly haven’t had frequently. My hope is that they just enjoy themselves.”

Andronis, a former professor at Northern Michigan University who will be starting a private school teaching Spanish later this month, said she’s traveled to Cuba twice with classes and learned a lot about the country’s culture and food.

“Cuban cuisine is a lot more complex than beans and rice and plantains, so I hope that we can convey that. There’s nothing wrong with any of those things, of course, but if you get to go to Cuba, you’re going to have some fabulous lobster and fish and very citrusy sea dishes too,” she said. “It’s just a fascinating place. A lot of political policies in Cuba have affected the cuisine … Because of the once catastrophic food charges there, people had to get creative and mix ingredients that they might not have thought about mixing before.”

“This is our second guest-chef dinner we’re doing with Mike Walker and he’s such a fan of these big, bold, in-your-face flavors that can potentially be a challenge with wine pairing,” she said. “So as a result, in order to match those big, bold flavors, we have to chose a big, bold wine, and if it goes wrong it’s going to be a big, bold mistake. You want to pick something that will complement the food without upstaging it at all, but sometimes the wines that feel the riskiest end up being the best pairings.”

Krupski said guest-chef dinners have been a great experience so far because all of the chefs bring their “A game.”

“I think when people have that creative outlet, they just shine,” she said. “It’s just a really fun opportunity for people in Marquette to taste something new that’s not on a menu elsewhere in town and that’s a little bit experimental. That’s a part of the reason we love these.”

Zephyr Wine Bar and Cafe is located at 215 S. Front St. in Marquette and will be closed to the public during the events on Sunday and Monday.

Tickets for the Sunday dinner are sold out, though seats for the Monday event were still available as of earlier this week.