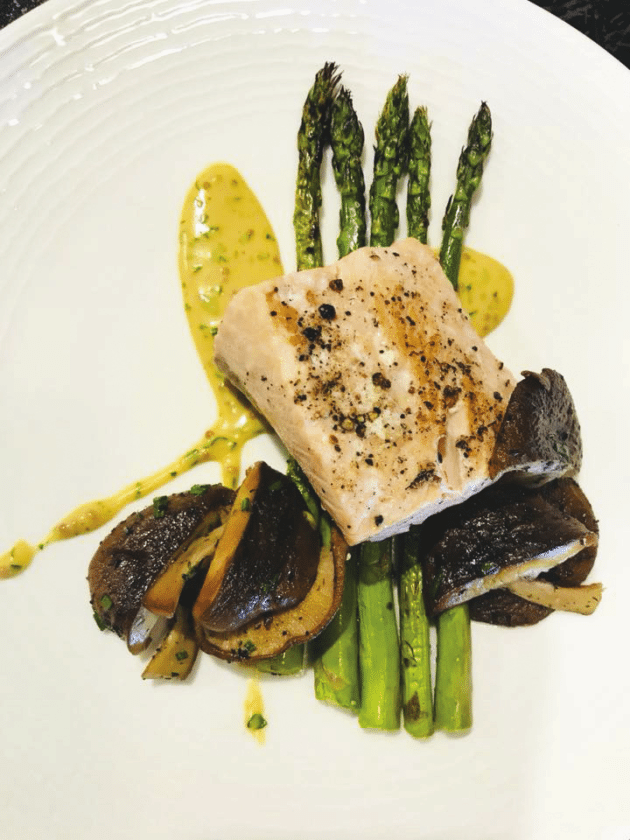 MUNISING — Offering its customers a comfortable big-city feel since February 2017, Tracey’s, a fine dining establishment located inside a Munising boutique hotel, has recently switched over to its new menu to kick off the summer season.

According to co-owner Tom Dolaskie IV, some of the “heavy hitters” — such as agnolotti, a ravioli-style dish loaded with a smoked whitefish center and covered in a custom sauce — will be back for the summertime.

Since the restaurant’s specials have been well received, the size and complexity of the menu was downsized to give chefs the flexibility to expand on their creativity during the season, Dolaskie said.

According to a list compiled by Yelp and Buzzfeed, Tracey’s — which gets its name from a friend of Dolaskie’s whom he wanted to honor — was recently ranked as the Best New Restaurant in Michigan for 2017.

To obtain the results, Yelp compiled customer reviews and star ratings of each restaurant in the state.

“They pulled the data in December and calculated it and Tracey’s was number one,” Dolaskie said. “It shocked the hell out of me. The cool part is that it was literally data, you know; it wasn’t a panel of people that just arbitrarily decided that we were better based on their experiences. They ran an algorithm that said based upon all the reviews for any restaurant that opened this year, in this state — which one’s the best?”

Dolaskie said the focus behind Tracey’s was to add a unique dining option for the community and those just passing through.

“All we knew was that we were hoping to fill a void,” Dolaskie said. “We also wanted to make the experience much different, much more refined, more memorable.”

Dolaskie said Tracey’s success stems from its team of employees who are passionate about what they do — especially Executive Chef Jason Biega, who was hired to create the menu, and Sous Chef Michael De Lisle. Both are responsible for execution in the kitchen.

“Michael is Jason’s right-hand man and he’s been with us since we opened. He is a phenomenal person — just positive and fun to be around,” Dolaskie said. “Jason is very focused and very stern, but he’s an exceptional leader. That’s what builds quality culinary teams, is focused leadership in the kitchen.”

In 2016, Dolaskie, his wife, Ana, and Dallas-based business partner Darrin Hubbard renovated the former Superior Health Haven, an assisted living facility, into the Roam Inn, a 19-room hotel. The building was initially constructed in 1896 by lumber baron George Burtis — who owned lumber mills throughout the Upper Peninsula and Canada.

For special events, such as rehearsal and wedding dinners, showers and parties, the Roam Inn has its Lumber Baron Events room, which has a seating capacity of 40-50 guests.

“It’s a very high-quality event experience in our facility. It’s been wildly popular. We already have about 14 events for the summer,” Dolaskie said.

Tracey’s and Roam Inn are located at 815 W. Munising Ave. in Munising. Tracey’s hours of operations during the summer are 4-10 p.m. Tuesday through Saturday. To make a reservation call 906-387-8000.

For more information visit, http://roam-inn.com/traceys or visit the restaurant’s Facebook page at https://www.facebook.com/traceys906.