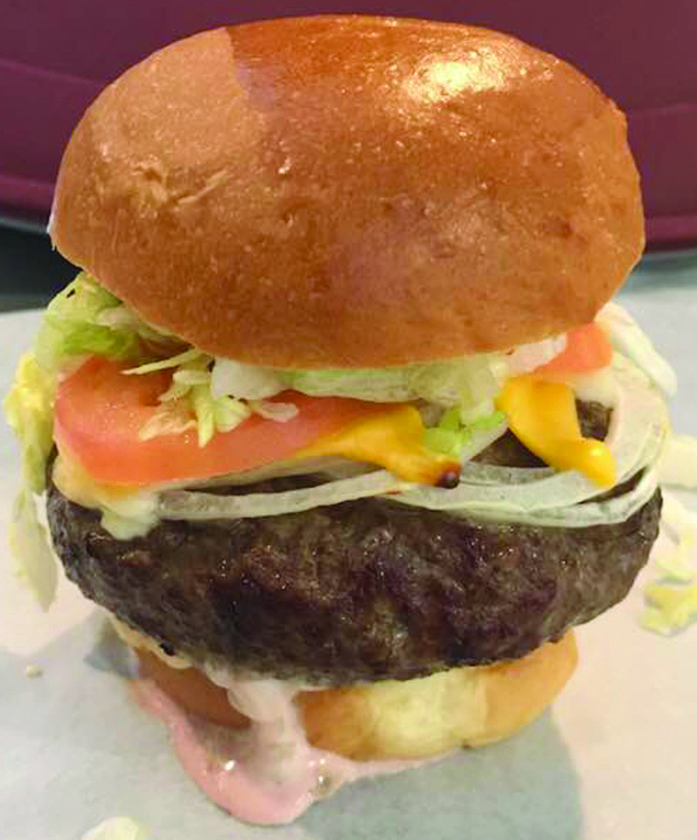 ISHPEMING — To complement its new location in Ishpeming, Buck’s Sub Shop is offering more items on its menu, including its impressive 10-ounce Bow Burger, a variety of appetizers, soups, salads and more.

Buck’s closed its doors in November and reopened April 16 at its new location along Canda Street, which had been vacant since the 1980s. The interior of the building pays homage to its past with glossy and tall brick walls.

While David managed Buck’s for six years at the other location, Shelly has owned both of the Canda Street buildings for three years. Now that both businesses are alongside one another, there’s a window in both walls connecting the two buildings, allowing bar patrons to order food without stepping outside.

“We’ve been selling a lot of subs to our regular customers again,” he said. “People like that we cater to them, make their sub the way they want it. But now we have a bunch of other stuff that we added after we changed over too.”

Buck’s new menu consists of an array of appetizers and subs, burgers, pretzels, nachos, hot dogs with the option of adding chili and cheese, ice cream, a cudighi sandwich, soft shell tacos, salads, wraps, soups and hot sandwiches. Family’s can also get a 2-foot sub to share, with kid sizes available as well.

David said the most popular items on the menu are the American and Italian subs, as well as the Super Sub, which includes six different kinds of meats — genoa, mortadella, capocollo, cooked salami, ham and bologna.

As soon as the Rainbow Bar opens at noon, Buck’s is ready to serve food through the window or to people who walk next door and pick it up, David said.

Buck’s Sub Shop is located at 118 Canda St., Ishpeming. Hours of operation are from 10 a.m. to 8 p.m. Monday through Saturday and 11 a.m. to 6 p.m. on Sunday. Buck’s also delivers to Ishpeming and Negaunee areas from 11 a.m. to 2 p.m. For more information, visit Buck’s Facebook page at https://www.facebook.com/buckssubs.