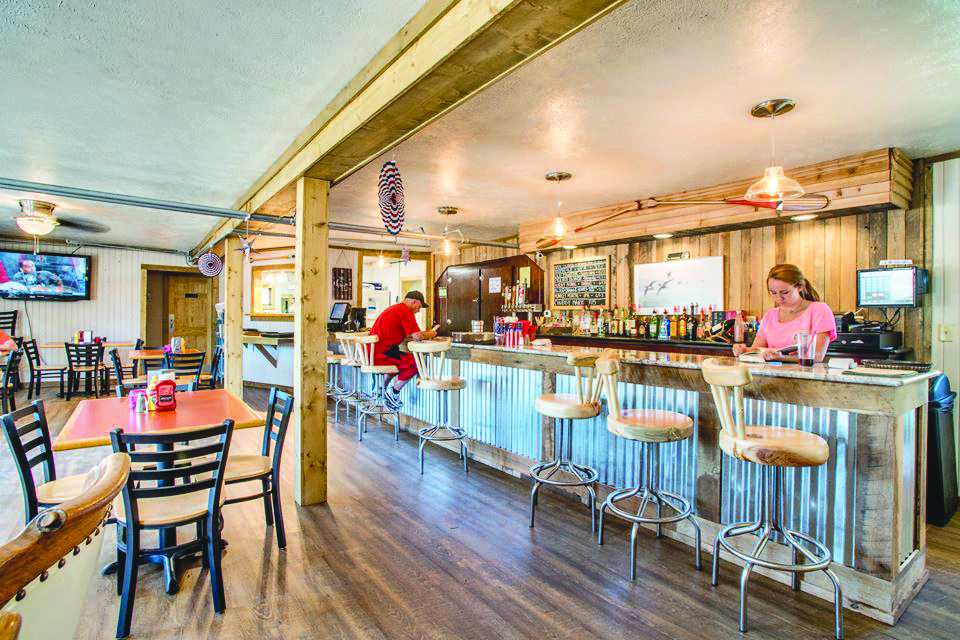 CHRISTMAS — Although street signs and decorations in Christmas make the small town seem festive year round, one of the most exciting times for the area is during the summer when tourism is in full swing.

In its third year being open, The Duck Pond Eatery & Beer Garden — a modern dining destination that has indoor and outdoor seating, four flatscreen televisions, a variety of pizzas, burgers and fish tacos, as well as cocktails, eight rotating taps and over 30 Michigan craft beers available — will kick off the season with a new menu and expanded hours starting Memorial Day weekend.

At the end of May, the restaurant will no longer be offering breakfast or its dinner entrees. Instead, panini and barbecue sandwiches and dishes will be available because, according to Paddling Michigan/Uncle Ducky Outdoors General Manager Greg Scott, that’s what people generally crave after a long day of exploring the great outdoors.

Recently, a barbecue stand was built near the restaurant, facing M-28, where BBQ ribs, brisket and pulled pork will be smoked and prepared. Customers will be able to place their order at the stand, Scott said.

“The newest thing we’ve been working on is a road side barbecue joint where you can walk up to the stand, so to speak, and get it there and take it with you, or take it into the restaurant or the beer garden and enjoy one of our craft beers,” he said.

Aside from those changes, the rest of the menu will remain similar to before, with popular items like whitefish tacos, whitefish dip, pizzas, burgers, wings and sandwiches still available.

The Duck Pond, located along M-28 in Christmas, is affiliated with Uncle Ducky Outdoors, a company that offers a variety of camping sites, including designated yurts, platform tents and cabins, kayak tours around Pictured Rocks National Lakeshore, a Grand Island boat cruise and more.

Slated to begin in June, Uncle Ducky Outdoors will offer its Grand Island boat cruise where patrons board the 35 passenger Catamaran M/V Uncle Ducky to see a coastline of cliffs, two lighthouses, waterfalls, caves, rock arches and wildlife. Everyone who signs up for a boat ride is offered a complimentary meal at The Duck Pond, as well. Customers can dine in before or after the ride and also take the food with them if they chose.

Peak tourism months in Alger County are July and August, Scott said. Those worried about availability of kayak tours, the boat cruise, accommodations at Uncle Ducky’s Paddler’s Village, or the whole package, are asked to call or sign up online ahead of their planned vacation to make a reservation.

As the summer approaches, Scott said he’s looking forward to “the nice warm temps” and having the beer garden open.

“Because really, who doesn’t want to sit and relax in the beer garden during the summertime?” he asked.

Beginning Memorial Day weekend, The Duck Pond will be open every day from 11 a.m. to midnight throughout the summer. Current hours of operation are 11 a.m. to 10 p.m.