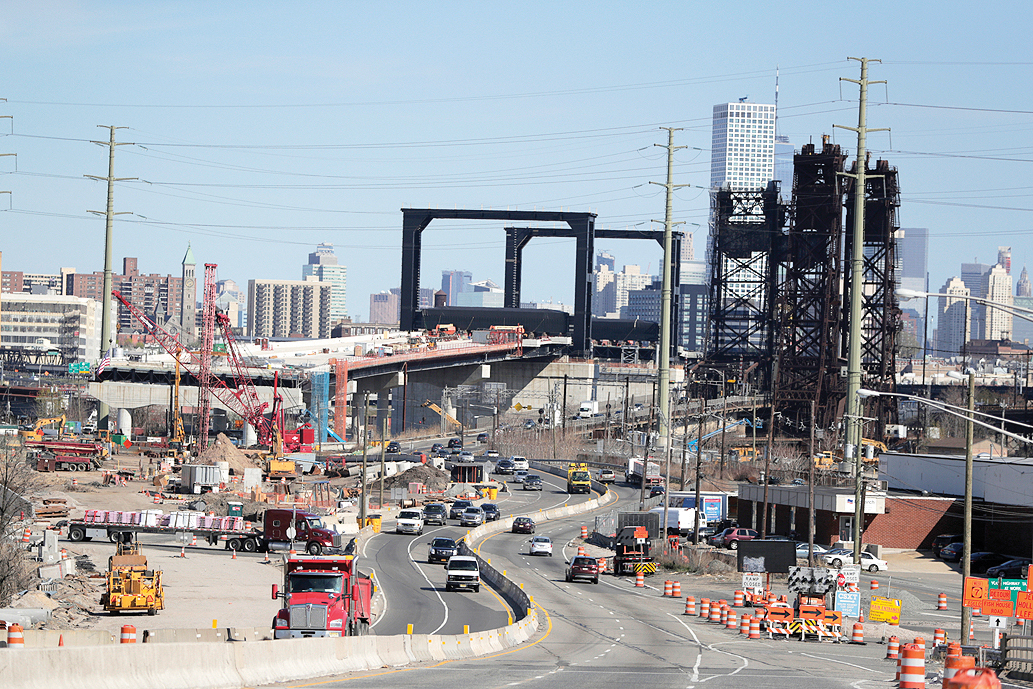 FILE - This April 17, 2019, file photo general view of the construction site of the new Route 7 drawbridge in Kearny, N.J. Small businesses want the federal government to follow through on promises of $2 trillion to rebuild the nation’s infrastructure. (AP Photo/Julio Cortez, File)

NEW YORK — Every hour that one of The Advance Group’s trucks is stuck in highway or bridge traffic, it costs the moving company around $200. And with 40 trucks trying to get into Manhattan daily and contending with the New York metro area’s deteriorating infrastructure, the price of lost time runs up quickly.

“Getting to and from a job site is not really billable to a client,” says Anthony Parziale, president of The Advance Group, based in the suburb of Farmingdale.

Parziale’s company and other small and mid-size businesses want the federal government to follow through on a promise to rebuild the nation’s infrastructure — not just roads and bridges, but also extending broadband coverage to rural areas where internet and cellphone service is poor or nonexistent.

Improving and fixing the roads in New York would help traffic flow faster even with the area’s congestion, Parziale says. He wants to see officials deal with New York’s ongoing pothole problems; damage to his fleet from the area’s pitted roads costs the company $65,000 each winter.

The Trump administration and Democrats in Congress earlier this month publicly agreed that the nation needs $2 trillion for infrastructure upgrades. But quick action looks unlikely — President Donald Trump said last week he wouldn’t negotiate with Democrats while they are investigating his administration. And a bill would have to win support from both parties; the No. 2 Republican in the House, Steve Scalise of Louisiana, has already said the $2 trillion figure is too high.

In a January survey of 1,001 small business owners and operators released by the U.S. Chamber of Commerce, 56% said the quality of their high-speed internet was good, and 58% said cellphone network coverage was good. Those somewhat slim majorities reflect dissatisfaction among a considerable portion of owners.

Roads and bridges got lower marks: 62% of the owners rated local roads and bridges as having between very poor and average quality, and 52% gave the same ratings to highways. Owners in the Northeast gave the lowest marks to infrastructure compared to ratings by owners in other regions, but across the country owners were most dissatisfied with highways.

All businesses must deal with the added expense caused by poor infrastructure, but smaller companies don’t have the revenue cushions large businesses use to absorb the costs of lost time and repairs.

At the 225 franchisees of AdvantaClean, a company that cleans building air systems, staffers spend about half their time traveling from one appointment to another, and highway and road problems cut into the amount of time spent doing the real work, President Matt Phillips says.

“Significant changes to our infrastructure could reduce our expenses as much as 35 percent and help increase revenue by 25 percent,” Phillips says. It’s not just the time, but also fuel wasted by slow-moving traffic that drives up costs, he says.

Phillips’ crews have the most problems in the Northeast, which has older, more dilapidated infrastructure, and the Southeast, where roads are crowded due to the region’s fast growth.

In many areas, it’s not possible to build entirely new highways. But roadways can be widened in projects that can take years but that ultimately allow traffic to move faster. A 35-mile stretch of the New Jersey Turnpike was widened to six lanes in each direction from three; it took five years to complete. When bridges are replaced, lanes can be added; when the Governor Mario M. Cuomo Bridge replaced the Tappan Zee Bridge across the Hudson River north of New York City, the new double span was given eight traffic lanes, compared to seven on the old bridge.

For many small businesses, including those in rural areas or whose customers are located far from metro areas, the infrastructure problem is about broadband coverage needed to move information across cell phones and the internet.

Internet service is poor in the Catskill Mountains 130 miles north of Manhattan. Lita Wall, who owns Cold Spring Lodge, has Wi-Fi through her cable provider for her guests and also to run the business. But the internet service is spotty because of the mountains, often failing during poor weather, and cellphone service is equally unreliable. The area, which has many “dead zones” where there is no service, needs more cellphone towers. Wall has a landline phone for voice calls.

Wall also owns a restaurant in Manhattan’s East Village neighborhood, but even in the heavily populated city, she struggles with poor internet connections.

“Sometimes it is down and we don’t notice until later and so have issues with the customers who send orders during the time the system is down,” Wall says. At those times, she needs to connect to the internet using her cellphone as what’s known as a hotspot, an added expense each month. 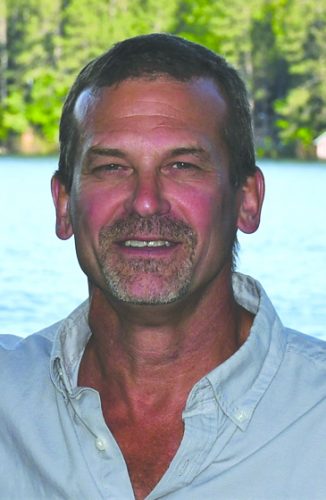