Funds to be used for aircraft rescue and firefighting 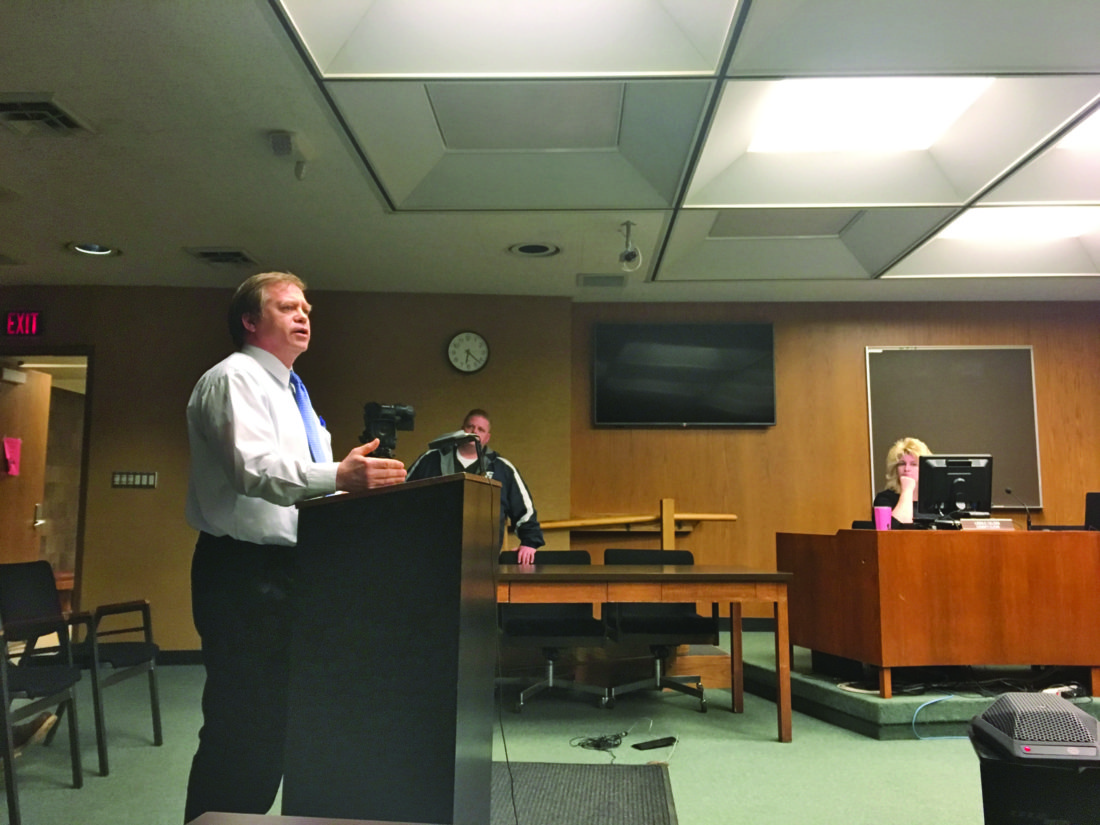 Duane DuRay, airport manager at Sawyer International Airport, speaks about a Michigan Department of Transportation Aircraft Rescue and Fire Fighting grant at the Marquette County Board of Commissioners meeting Tuesday night. The board voted to accept the $2,000 grant, which will help pay for the annual aircraft rescue and firefighting training required for airport staff. (Journal photo by Cecilia Brown)

MARQUETTE — The Maquette County Board of Commissioners on Tuesday approved the acceptance of a Michigan Department of Transportation Aircraft Rescue and Fire Fighting grant for $2,000, with a local match of $200 from Marquette County, at Tuesday night’s meeting.

The grant will help provide funding for Sawyer International Airport staff to complete a required annual live fire training for proficiency in aircraft rescue and firefighting.

Airport Manager Duane DuRay estimated the training for all staff will cost around $4,000 this year.

“This is a grant that the state has offered Marquette County to participate in,” he said. “Sawyer International Airport, being a commercial air service airport, is required on an annual basis to have all of their firefighting staff to go through recurrent training. And cooperatively, we work with a handful of other airports, namely in the (Upper Peninsula), and contact with (aircraft rescue and firefighting) specialists for our ARFF training.”

Chairman Gerald Corkin said he felt the training was “important to do on an annual basis to prepare for any mishaps that might occur.”

Commissioners asked DuRay about the logistics of the training and if staff will be sent in a “staggered” manner to ensure personnel will remain at the airport.

“The training that we’re going to utilize this year is up in Houghton. They’ll have it for a two-day period, so we’ll send half of the crew one day, and the following day we’ll send the other half for training,” DuRay said.

Commissioner Bill Nordeen asked DuRay about training for the Forsyth Township Volunteer Fire Department, as it is the firefighting agency located closest to the airport.

DuRay said those firefighters were expected to train today at the airport.

“They’re going to go through all of the badge-required training so that they can get access onto the airfield; in the event of an accident, they don’t have to wait for either the law enforcement or airport staff to access a gate for them,” he said.

DuRay also explained the airport recently acquired a shell of a 50-seat airplane, which will serve as a realistic training apparatus for emergency responders.

“We’re going to utilize that into a training tool so we can incorporate with some of our volunteer fire departments and do cooperative training with them so they’re equally as familiar with fighting a fire or doing a rescue event on an aircraft,” DuRay said.

The shell will also be used in a full-scale simulation exercise the airport is required to have each three years, per Federal Aviation Administration requirements, DuRay said. The next exercise is slated to occur in June, DuRay said.

Commissioners asked how the response to the full-scale simulation exercise is critiqued.

DuRay said that an outside agency provides a critique on the exercise to tell them what they did well and what could use improvement.

“This year, we’re planning on having an initial drill, coming back, doing a critique and going out one more time immediately after the critique to see if we can correct on those areas … while it’s still fresh in everybody’s minds … we would go back in and actually do it with the corrected actions,” DuRay said.

Commissioners noted that they thought it was an “excellent idea” to conduct the exercise in this way and thanked DuRay for his time.

The board also approved a resolution to enter a contract with the Michigan Department of Transportation for the funding of the aircraft rescue and firefighting training at the meeting.