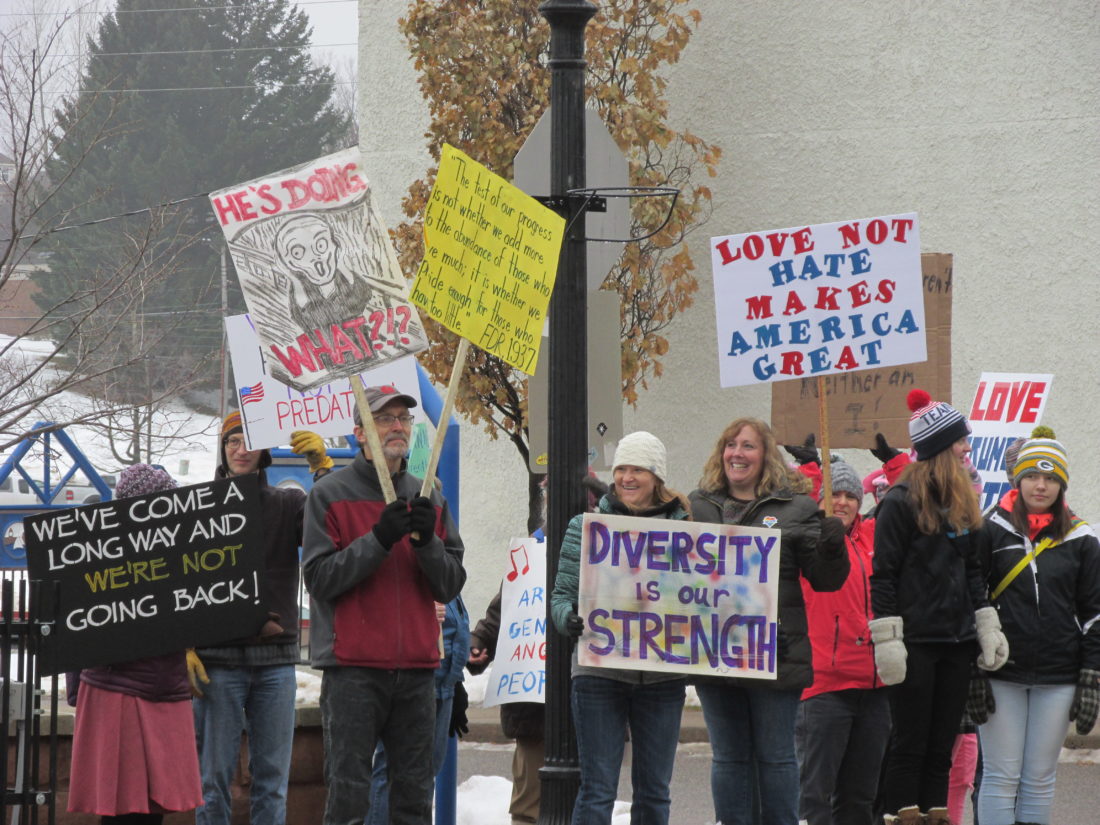 MARQUETTE – In an almost unprecedented turnout for the small city, hundreds of people rallied to chant, sing and carry signs outside the U.S. Post Office in downtown Marquette to express resistance to the divisive new administration in Washington D.C.

The gathering was one of hundreds around the country and the world in solidarity with the Women’s March on Washington in the nation’s capital today.

The weather threatened rain but held off as men, women and children held up signs reading “Love Trumps Hate” and chanting “This is what democracy looks like” among other things.

Cars honked in support to shouts from the crowd, while some passersby expressed gestures of disapproval as they drove by.

Donald Trump was inaugurated as the 45th president of the United States Friday. 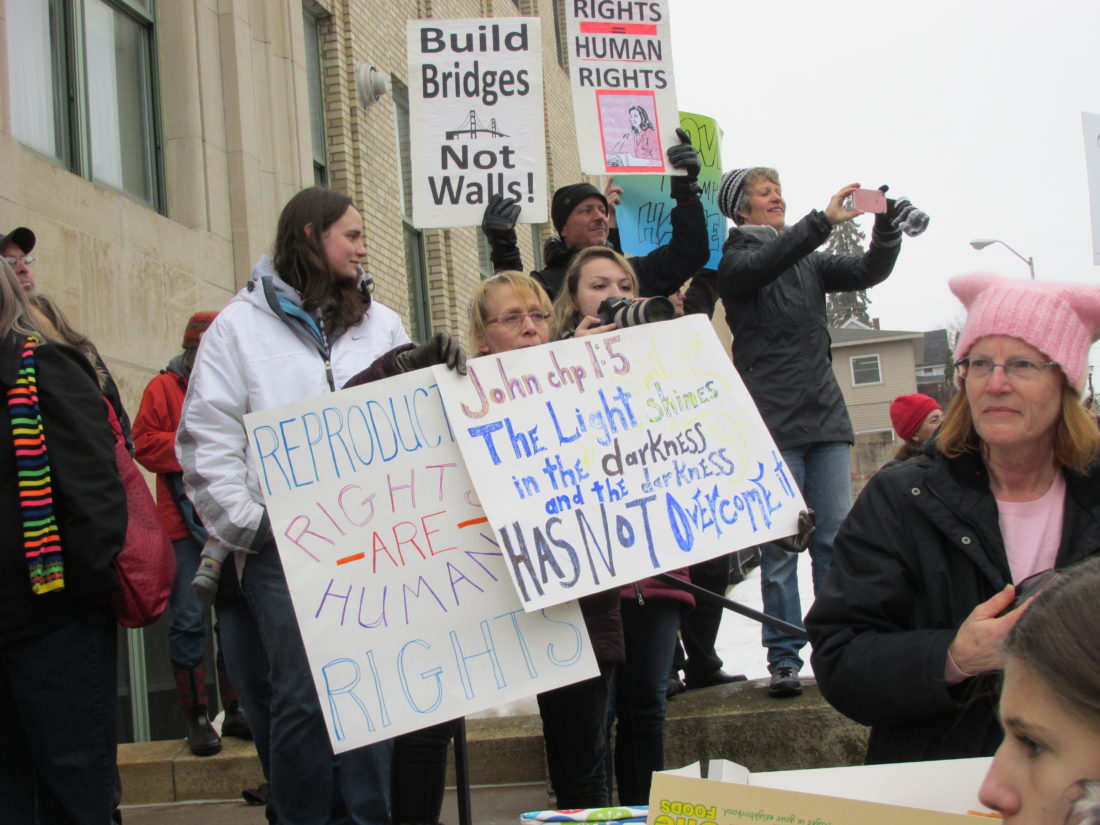 Read Sunday’s edition of The Mining Journal for more on this story. 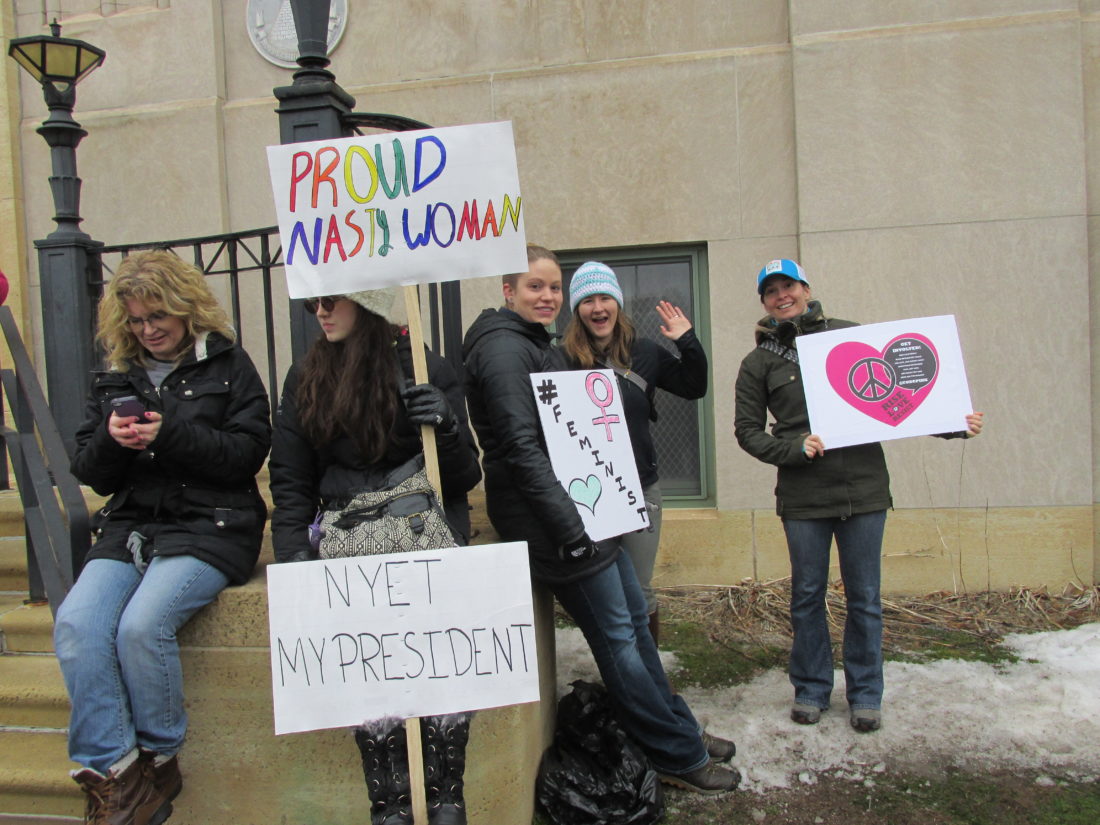 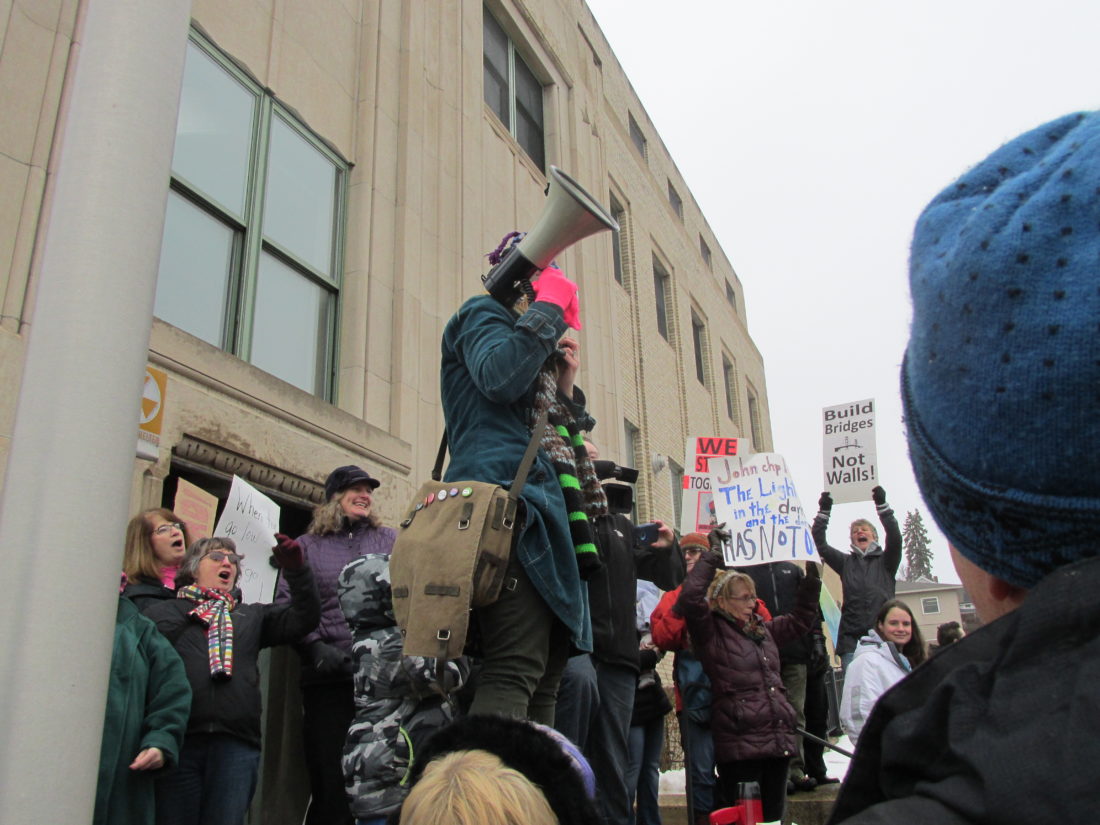 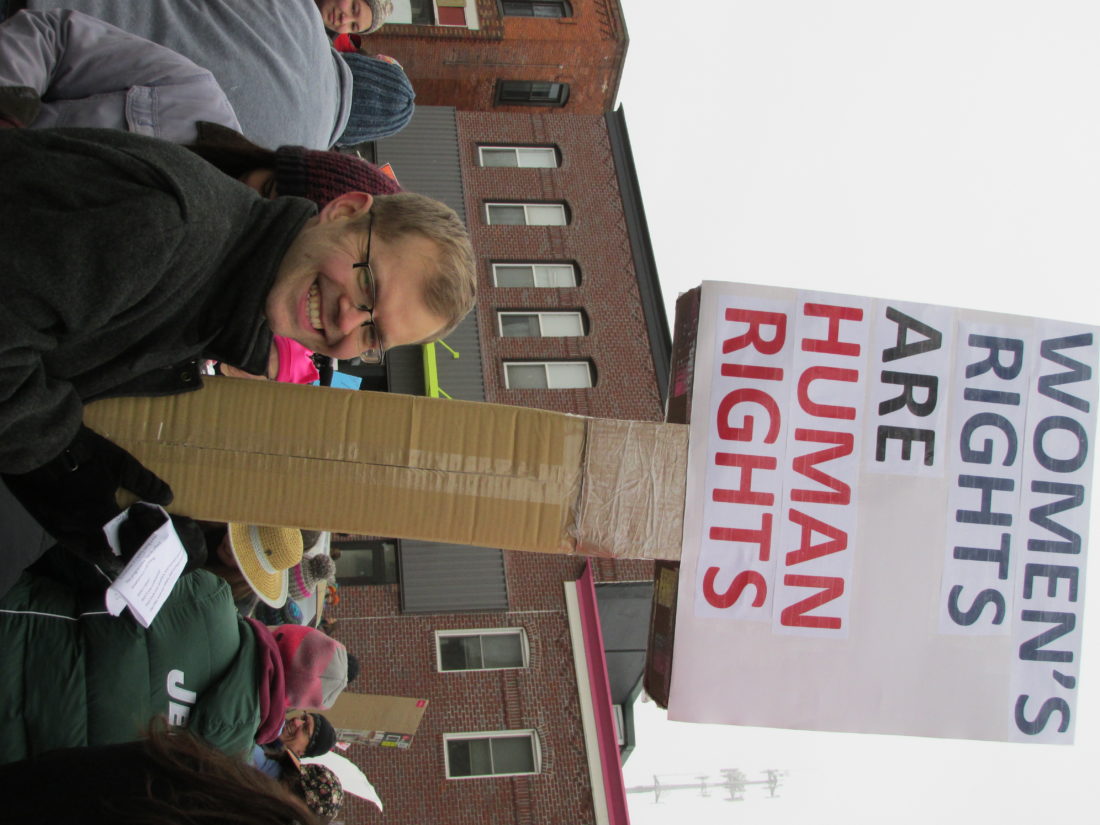 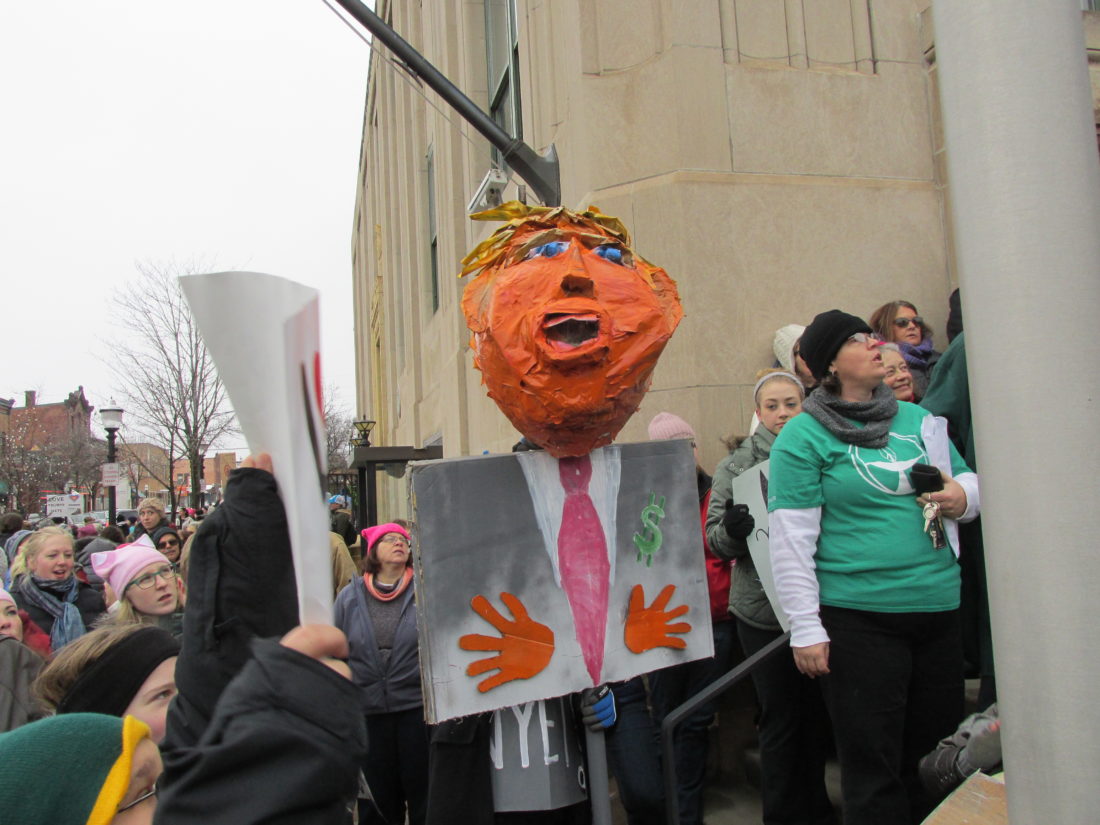 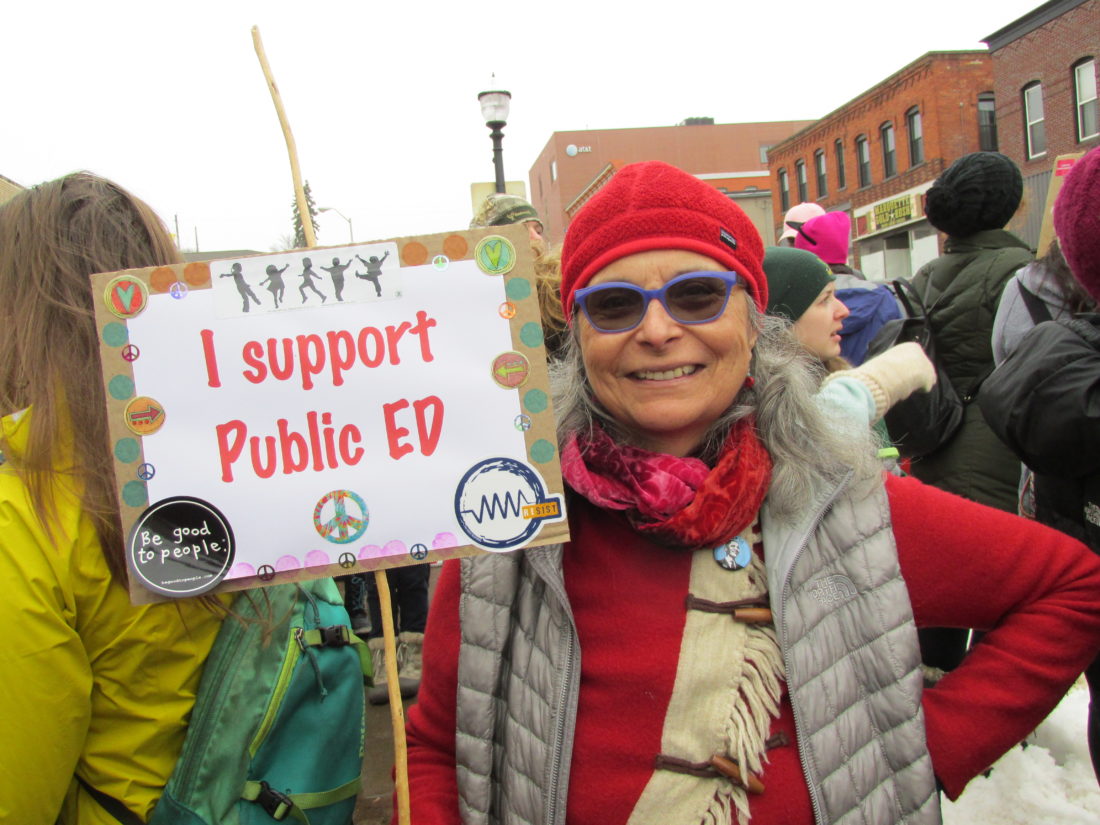 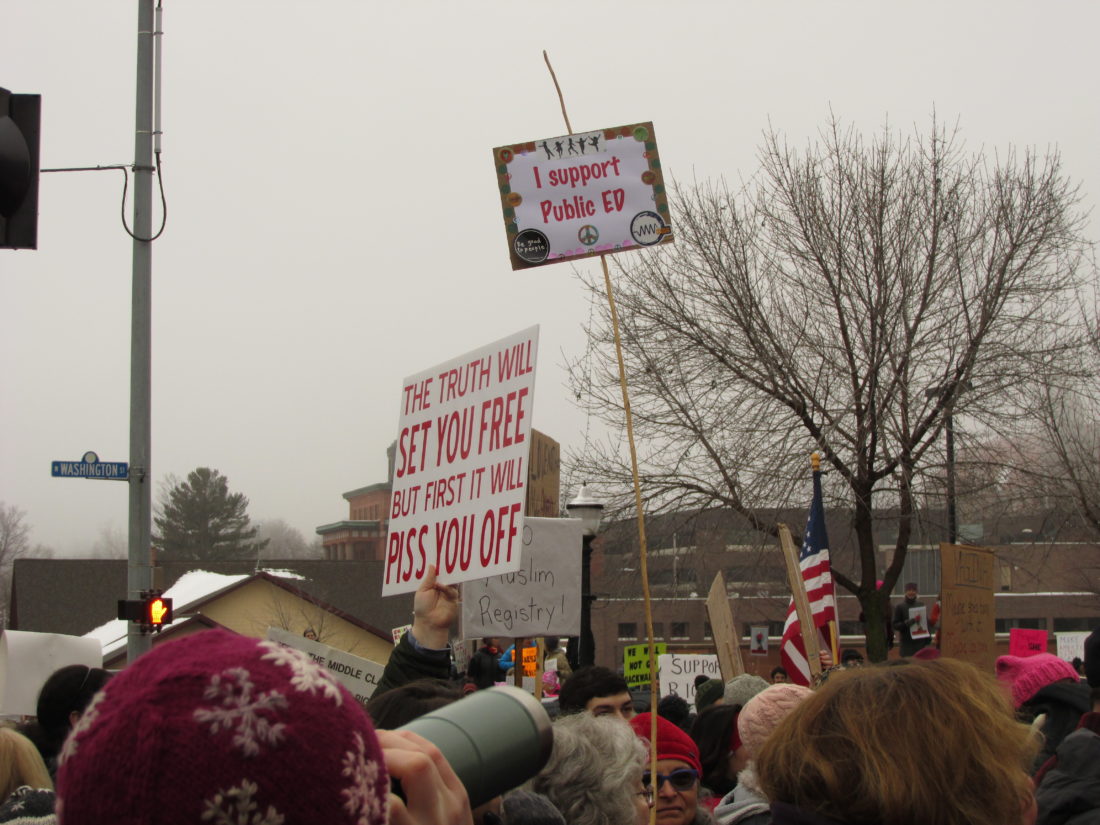 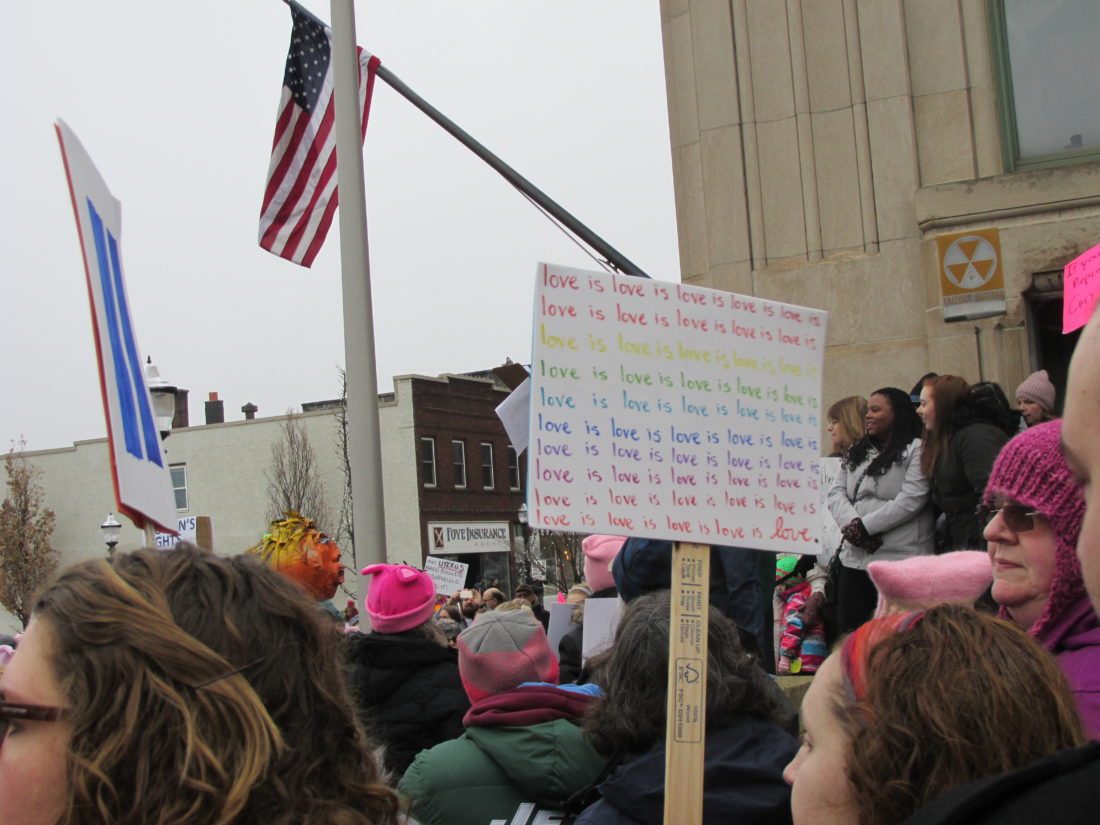 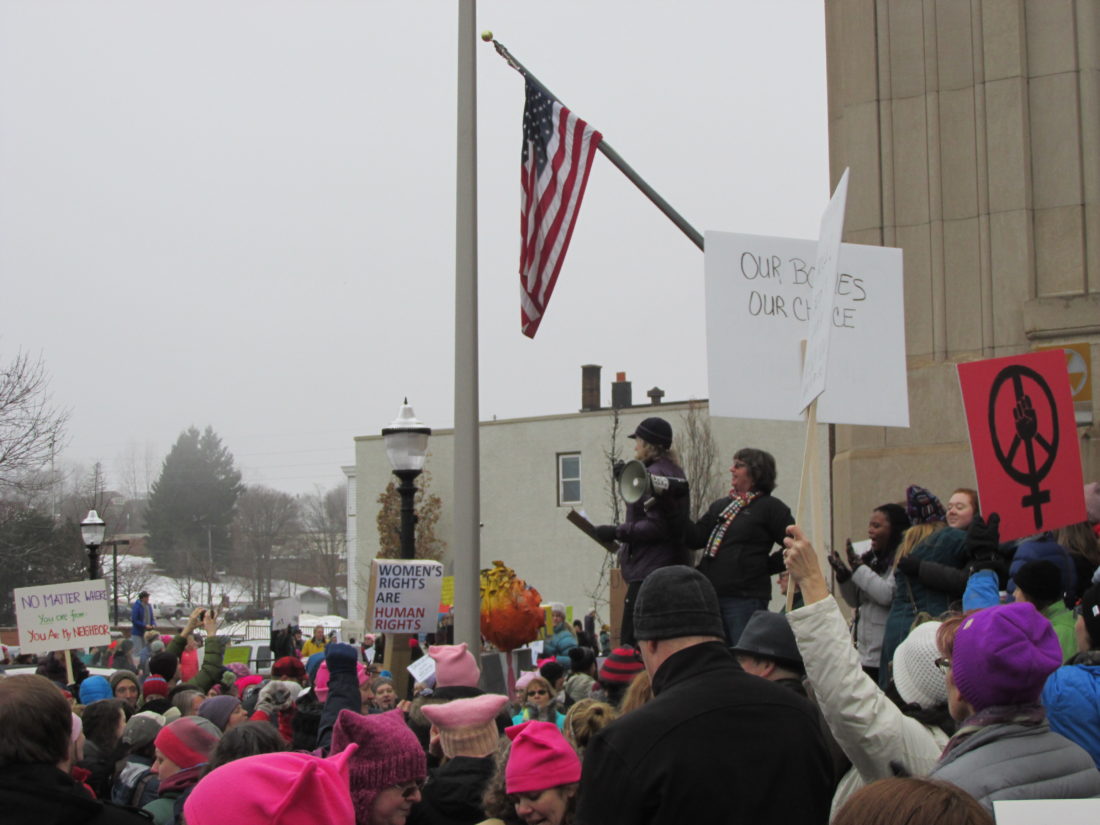 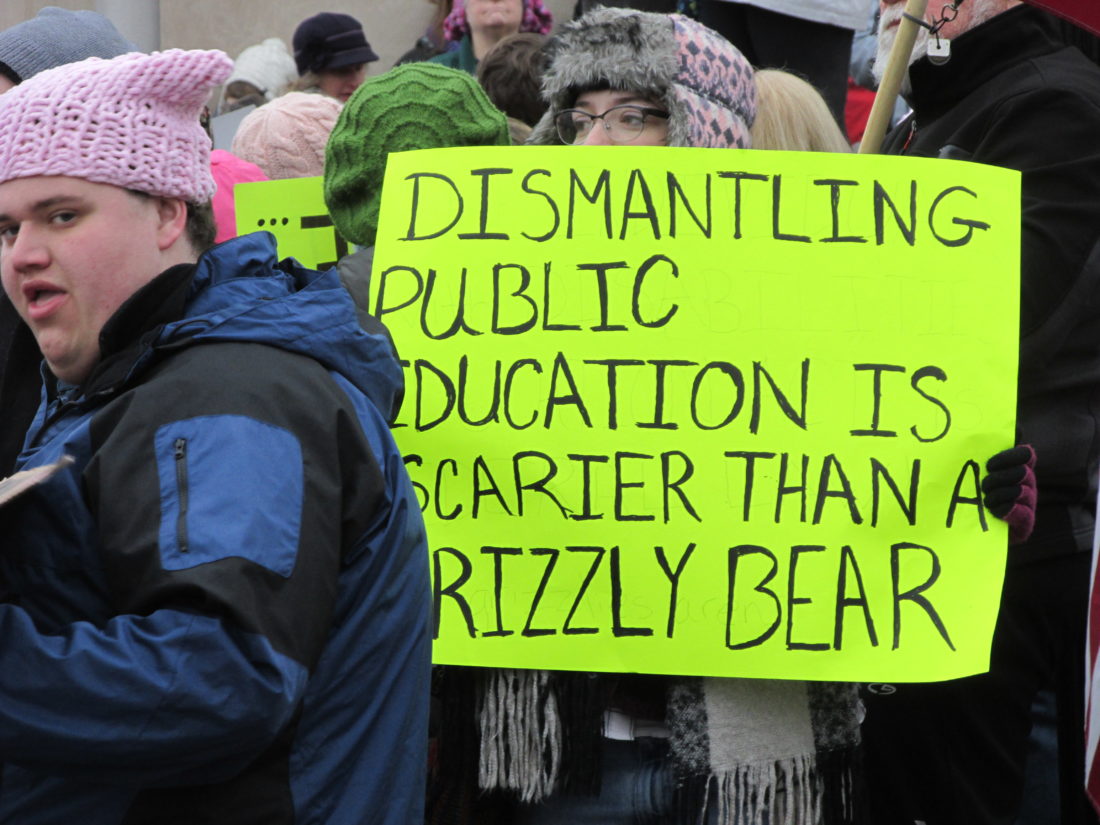 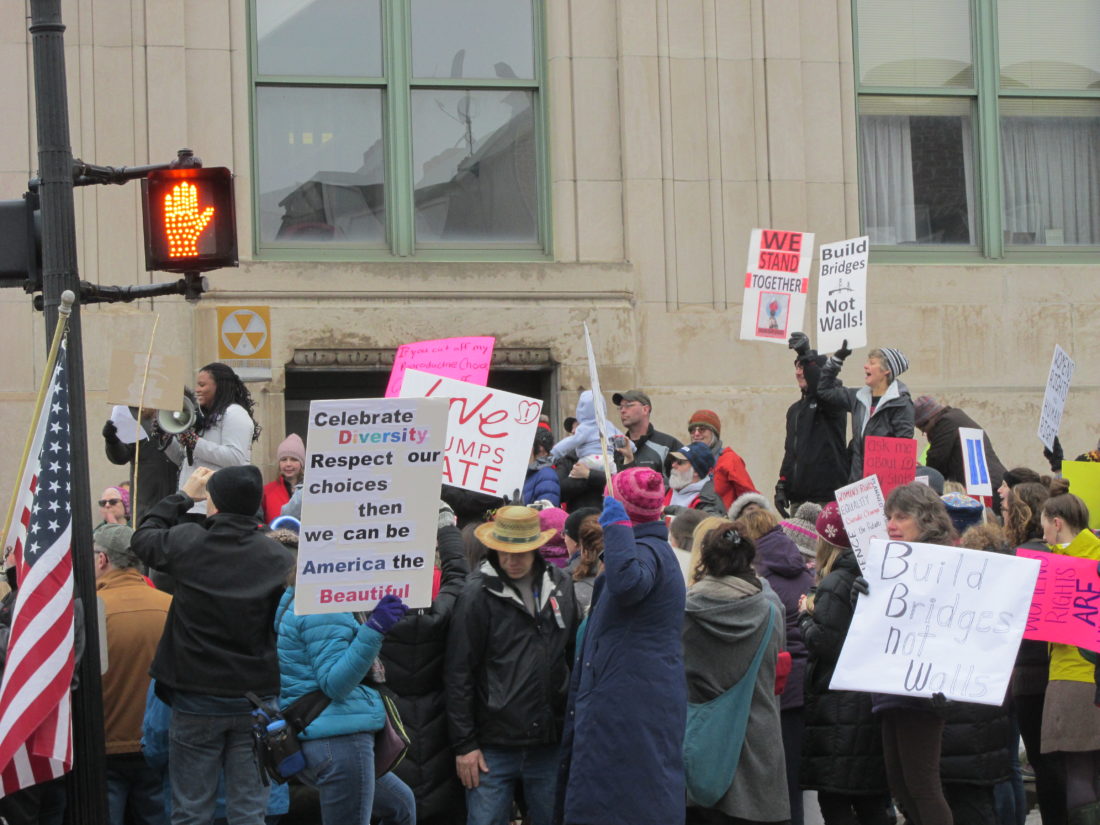 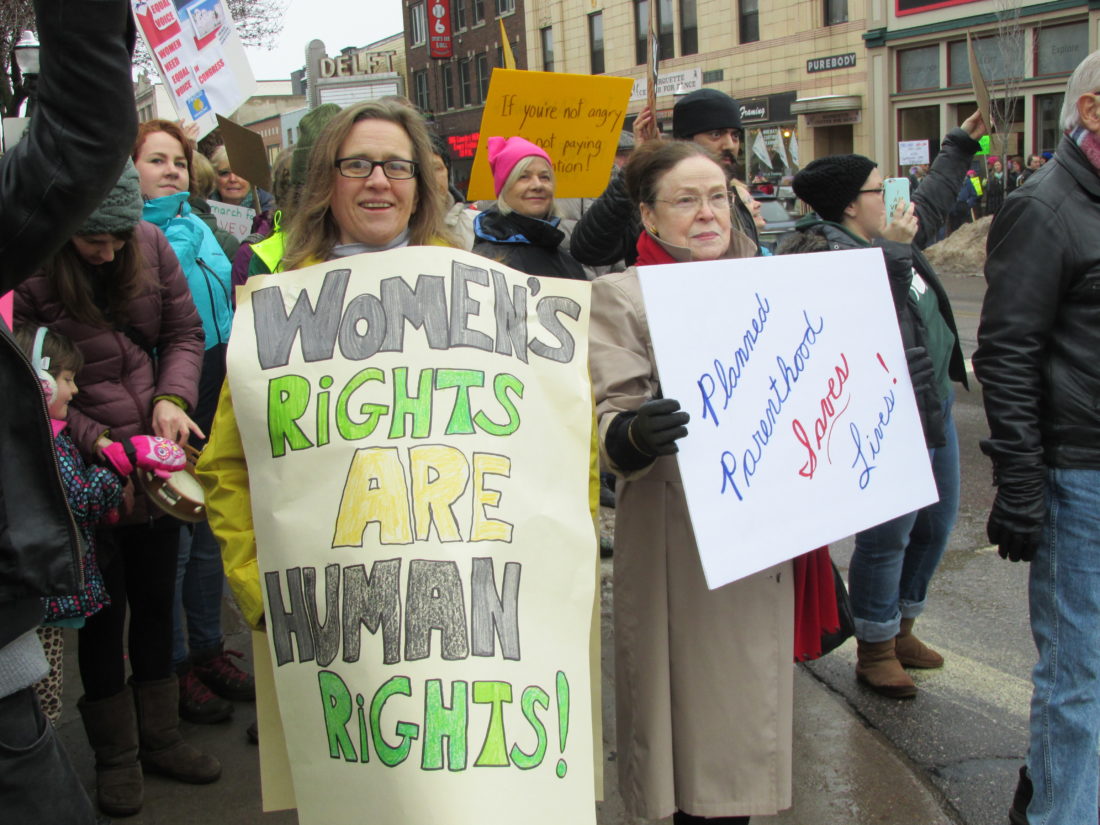 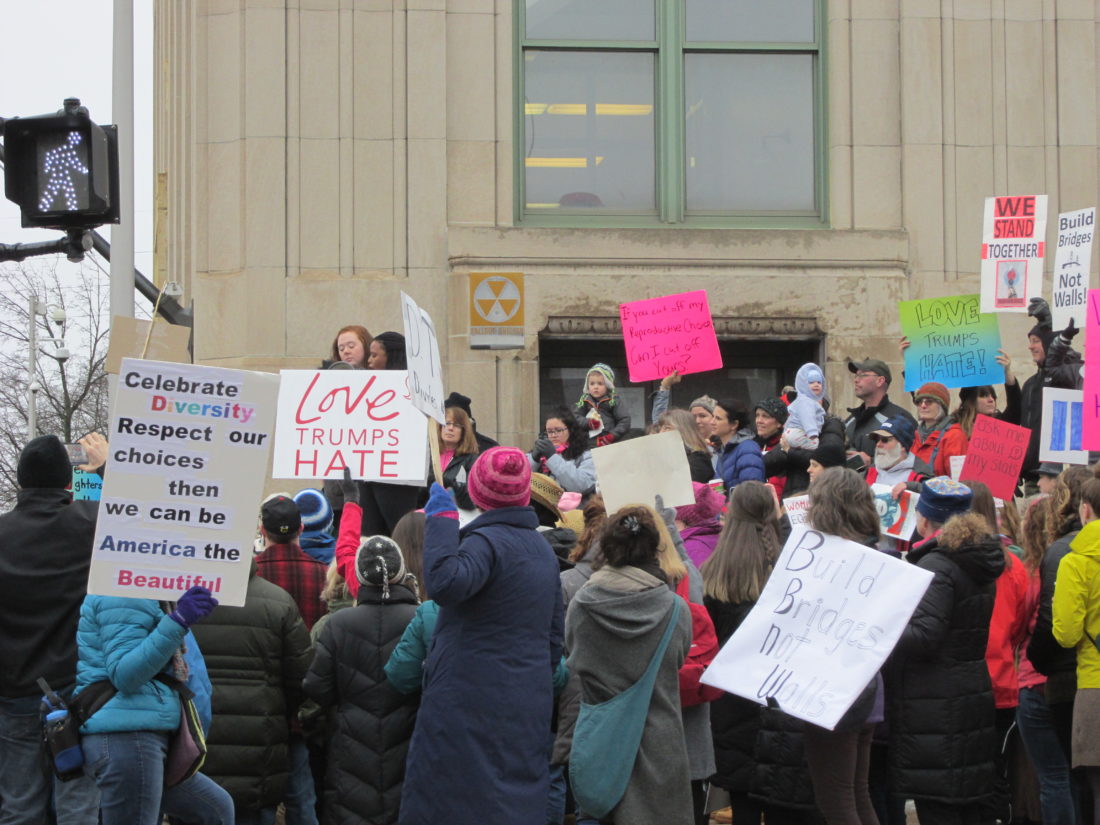