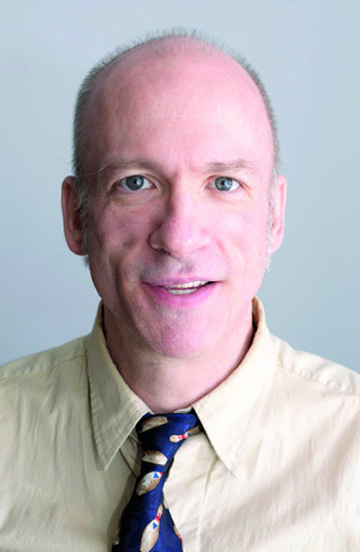 Since we’re talking about the first round of the NFL playoffs today, let’s start with the Green Bay Packers.

But they’re not even playing this week, you tell me.

Sure, but what happens in the NFC this weekend affects who they play in another week during the divisional round.

The Pack earned a first-round bye by sneaking past the Detroit Lions for the second time this year, never having a lead in either contest while the game was going on, only going ahead after the final play each time.

But back to the playoffs.

Green Bay was unluckily dealt the No. 2 seed in the NFC instead of No. 1 by a play that ended inches from a Seattle win on Monday night.

One of those three teams will be the higher seed — the “better” team — left after this weekend’s wild-card round.

They can’t face No. 6 Minnesota, at least not right away — and I’m sure that’s too bad as that game played in the Twin Cities just a couple weeks ago is fresh in your Packers’ fan mind.

I certainly wouldn’t like seeing the Saints, even as an indoor Down-South team coming to the — wait for it — the Fro-o-o-ozen Tundra.

Seattle has also been known as a homer team, playing much better at CenturyLink Field than on the road.

And finally, there’s Philadelphia, which might be a pretty worthy opponent if the Eagles could cure all their ills, or more accurately, injuries. Alas, though, they’re a M*A*S*H unit that had some trouble getting by the New York Giants last week after handling Dallas a week earlier.

Beware of rooting for New Orleans or Seattle, however.

Looking up the Saints’ game-by-game record, I see they’re 7-1 on the road this year, beating Tampa Bay, Atlanta, Tennessee and Carolina in the second half. While you could barely call the Panthers’ finish to the season a limp, remember that Tampa and Atlanta were among the league’s hottest teams down the stretch, while of course Tennessee worked its way into a playoff berth in Week 17.

The Seahawks were also 7-1 on the road, losing only at the L.A. Rams in Week 14 but posting second-half wins at San Francisco, Philadelphia and Carolina. The earlier road wins were over nonplayoff teams Pittsburgh, Arizona, Cleveland and Atlanta (when the Falcons were bad).

I’d be rooting for — go ahead, gasp when I say this — Minnesota this weekend, which would bring the winner of the Seahawks-Eagles to Lambeau a week later.

Now onto all those games this weekend in chronological order, including records, time and TV network:

Despite that, a dynamic quarterback like Dashaun Watson I think will pose all kinds of problems for even a solid defense like Buffalo’s. Texans, 23-19.

AFC No. 6 Tennessee Titans (9-7) at No. 3 New England Patriots (12-4), 8:15 p.m. Saturday, CBS — Now that the Patriots have been exposed during the past month for at least not really belonging to the NFL’s elite anymore, we should treat them as just another good team, mostly for their defense.

And while the Pats do still have one of the league’s best defenses, it’s predicated on a great secondary. But Tennessee’s offensive strength is NFL rushing champion Derrick Henry, who came back from injury in Week 17 to roll up 211 yards and finish with 1,540. I think this mismatch will only make the game closer, but still prevailing will be the Patriots, 17-13.

NFC No. 6 Minnesota Vikings (10-6) at No. 3 New Orleans Saints (13-3), 1:05 p.m. Sunday, Fox — Even with the return of rookie sensation Dalvin Cook to bolster the Vikings’ running game, you better be a pretty special team to win in New Orleans during the playoffs when the Saints have a head of steam.

The only caveat I have for New Orleans is that their defense has given up some big point totals lately — 48 in a close loss vs. the 49ers and 28 in a win over Tennessee over the past four weeks.

NFC No. 5 Seattle Seahawks (11-5) at No. 4 Philadelphia Eagles (9-7), 4:40 p.m. Sunday, NBC — Unless and until Philly gets a lot healthier, I don’t see the Eagles beating any playoff team. Reading a report on their injuries, I couldn’t make heads or tails of who their newly injured are and who the “oldly” injured are coming back.

So I’ll just stick with Seattle’s 7-1 road record and see what Philly can do next year. Seahawks, 27-17.