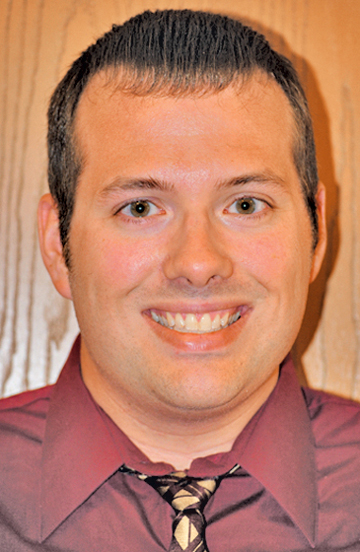 Two things that stand out from that ever-growing list is that the New England Patriots will cheat and the Detroit Lions will be a mess. Both of them were confirmed earlier this week.

In case you missed it, the Patriots were caught yet again in a cheating scandal, and this time they did it in obvious fashion.

During the Cincinnati Bengals’ game at Cleveland, New England admitted that a production crew illegally taped the Bengals when they were on the sideline from the press box.

I’m going to let you pick yourself off the floor by that shocking notion before I continue. You OK now? Good.

Anyway, New England sent out a press release a few days ago saying they did it, but also provided an interesting excuse. They tried to explain their actions by saying that for the last year they’ve been doing a behind-the-scenes feature called “Do Your Job” and they supposedly wanted to do one episode on the scouting department.

Apparently, one scout was in the press box. The Patriots admitted that they filmed the Bengals, but then decided to play dumb.

New England claimed they got access for their video crew from the home-team Browns, but neglected to inform the Bengals and the NFL.

The Patriots also said that the crew not only filmed the scout, but also filmed the field while not being aware of the rules. They added that they had no intention of using the footage for anything else and that the crew turned everything over to the NFL and “cooperated fully.”

Here’s the thing, though. Of the all the teams you think would be aware of league policy, it’d be New England since they seem to be all about violating it. So playing the “We’re too stupid to know better” card isn’t going to work too well.

They also said the people who filmed the Cincinnati sideline were “independent contractors,” which makes the Pats look like they’re doing everything they can to say it’s not their fault.

Basically, New England’s statement can be summed up by “Yeah, we did it, but we didn’t know better and it wasn’t all on us.”

Are the Patriots aware of how awful their image is? It seems like they don’t — or they simply don’t care.

Now as Sports Illustrated’s Michael Rosenberg pointed out, New England may not have any “evil” motives here and they might’ve honestly been too ignorant to know better, but Cincinnati noticed what the Patriots were doing, and now New England’s got some explaining to do with the league.

Rosenberg also pointed out the big question — Was the scout there in the press box, and if he was, why didn’t he stop the film crew? If the crew truly wasn’t aware they couldn’t film the sideline, why didn’t the scout say, “Hey, don’t do that. The league is going to be really upset with us.” Or is he that dense as well?

Even if the Patriots were “innocent,” the NFL is still going to deliver some sort of penalty to them. It won’t be big, most likely a loss of draft picks and a fine, but it has to happen because it’s New England.

A popular fan theory, accurate or not, is that the Patriots get all the calls on the field and get a pass on whatever illegal things they do off it. With that negative image, the NFL will have to do something to New England.

Not because they necessarily care about what happened with the Bengals, but because the fans do and they’re about fed up with the Patriots.

Speaking of fans who are fed up, let’s shift to the Lions, whose coaching staff and management group is basically the JV version of the Patriots.

In the span of just two years, Detroit has gone from a playoff-caliber team to one that looks like it’s going to be bad for awhile. Not Red Wings or Tigers awful, but close.

A couple seasons ago, the Lions fired then-head coach Jim Caldwell despite taking the team to the playoffs twice in four seasons because the idea was the team wasn’t reaching its full potential and getting past the first round.

The plan for the past couple of seasons is to try to be like the Patriots and so far, it’s been underwhelming.

The Lions hired New England director of pro scouting Bob Quinn to be the new general manager in 2015, and he decided to bring on Patriots defensive coordinator Matt Patricia to replace Jim Caldwell.

Perhaps it was a sign of things to come after Patricia’s defense gave up 41 points and 374 passing yards to Philadelphia quarterback Nick Foles in Super Bowl LII. Since Patricia took over, the Lions’ defense has plummeted to last place in the NFC in 2018 for the first time since 2012 and this season has just been a disaster.

After starting the year at 2-0-1 (it should’ve been 3-0, but it collapsed in the fourth quarter and had to settle for a tie with Arizona), Detroit has lost six straight, nine of its last 10 games and were eliminated from playoff contention after a Thanksgiving loss to Chicago.

The Lions had the potential to be a playoff team again, but is now most likely going to be in the top five in the NFL Draft. What a nosedive.

Now you might be tempted to give Patricia and Quinn a pass because starting QB Matthew Stafford went down with a season-ending injury and eventually had to go to third-stringer David Blough after backup Jeff Driskel went on injured reserve.

However, Patricia’s defense is weak and for being a defensive guru, he can’t seem to figure out how to put together a solid pass rush this year.

Quinn hasn’t been much better as instead of building on what was a playoff-caliber roster under Caldwell, he’s almost started over by trading star receiver Golden Tate to the Eagles last year and defensive back Quandre Diggs to the Seahawks this year. He’s made questionable draft picks, including a reach with tight end T.J. Hockenson at No. 8 and perhaps the most laughable thing of all is that he, Patricia and the franchise were fined a combined $110,000 for not following NFL protocol in regard in updating Stafford’s injury status. The ineptitude seems to grow by the week with those two.

Looking at how the last two years have gone, there’s no legitimate argument to keep both of them around after this season, but if owner Martha Ford decides to keep Patricia and Quinn, they should be on a short leash. The team has fallen badly since 2017 and they’ve got about one more year to make a case that they know what they’re doing.

The strange belief around the league is that since the Patriots have been so wildly successful, that anybody associated with them must have the ability to turn another team’s fortunes around.

Detroit has bought into that notion so heavily that it took a scout and a defensive coordinator from New England and hoped they’d work magic. So far, there’s been little indication that notion is accurate and the Lions continue to be woefully bad.

If there is a positive for Detroit fans, look at it this way. At least the Lions haven’t adopted the Patriots Way of cheating, or if they have, they’re better at not getting caught.