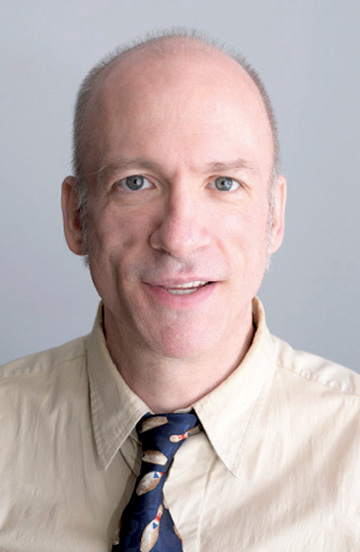 Can Week 17 in the NFL be both the most anticipated and most dreaded week of the season?

It’s the final week of the regular season, meaning that the greatest time of the season, the playoffs, are one week away.

And with two berths still up for grabs and quite a few positions to be decided, there’s something to play for by quite a few teams.

On the other hand, this is it for nearly two-thirds of the league that won’t be going dancing in the tournament.

There are, of course, a number of totally meaningless games this week, such as Cleveland at Cincinnati, as even the Bengals have wrapped up the No. 1 seed, er, make that No. 1 pick, in next spring’s draft.

Teams like the Detroit Lions at least get to act as something like spoilers, trying to knock Green Bay from getting a first-round playoff bye.

In fact, there’s not much in the way of “true” spoilers this week. I’m defining a true spoiler as a nonplayoff team that can prevent another team from making the playoffs.

The teams that can knock first Tennessee, then Pittsburgh from the remaining wild-card spot in the AFC are both playoff teams that happen to be pretty much locked into their positions.

That’s AFC South winner Houston hosting the Titans with the Texans assured of a No. 3 or 4 playoff position, then AFC North champ Baltimore entertaining the Steelers as the Ravens have already clinched home-field throughout the AFC.

Nonplayoff team Denver could take away Oakland’s chance of sneaking in, but it will only matter if both Tennessee and Pittsburgh lose. All those teams are playing 4:25 p.m. games, I’m sure set up for just this scenario.

The better chance of finding a true spoiler is in the NFC, where the 4-11 New York Giants could help deny Philadelphia the East Division title if the Giants and Dallas both win. And the Cowboys could be knocked flying if an even worse 3-12 Washington team beats them in Dallas.

With all this in mind, here’s a final week of regular-season picking:

New York Jets at Buffalo — I give nothing to the Jets for their win over Pittsburgh last week — actually it’s a black mark with a division opponent coming up next. Reverse momentum and all that, with a win last week meaning you’ll relax this week.

But the Bills are in preseason mode, stuck in their wild card position, so it’s the Jets, 17-10.

New Orleans at Carolina — It’s isn’t that the Panthers are rudder-less, it’s that when the rudder fell off, it ripped the ship in two like the Titanic. That plus New Orleans vying for at least a first-round playoff bye, if not the overall No. 1 position in the NFC, makes me pick the Saints, 34-20.

Cleveland at Cincinnati — This is just like any other regular-season game between these Ohio rivals — it’s just two teams going nowhere fast. I see the Browns pressing and unable to keep from stepping on their own feet, so I’ll take the Bengals, 24-16.

Green Bay at Detroit — It isn’t so much that bad teams play that way to protect their draft status — the Lions are picking No. 3 — they just can’t help themselves. Packers, 34-19.

Los Angeles Chargers at Kansas City — Starting the game thinking they could still earn a first-round bye (they need New England to lose to Miami) should be enough to get KC over the hump. Chiefs, 24-20.

Chicago at Minnesota — The Vikings had their chance at home on Monday night, but blew it against the Packers. “So let’s just get this playoff thing going, eh?” is what they’re going to say. Meanwhile, Chicago should see this as their playoff game against a hated division rival. Bears, 28-19.

Miami at New England — If Miami was playing this late December game in South Florida, I’d give them a chance.

If the Dolphins hadn’t dumped their entire roster seeking the worst record in the league and the No. 1 pick in the draft, maybe they could win now.

If the Patriots didn’t still have a defense as good as any in the league, Miami would have a prayer.

And if New England wasn’t playing for a first-round playoff bye, maybe the Dolphins could sneak in the back door.

Atlanta at Tampa Bay — Seems like the toughest game to pick this week — two teams on hot streaks of late but still not good enough to make the playoffs.

I seem to remember how bad the Falcons’ defense can be, so they will fail to intercept Tampa QB Jameis Winston the required four times, making his 450-yard passing day actually mean something. Buccaneers, 35-27.

Pittsburgh at Baltimore — Pittsburgh should be the easy pick as a team fighting for its playoff life vs. a team playing what is essentially a preseason game.

Baltimore has announced it won’t play MVP front-runner Lamar Jackson, and those who do play are in that preseason mode, just trying to stay healthy and waiting to see who they’ll face in two weeks.

But the Steelers are on the road against a heated division rival and forced to go with struggling third-string quarterback Devlin “Duck” Hodges because second-stringer Mason Rudolph is injured.

Pittsburgh would control its own destiny if it had beaten the lowly Jets last week, but apparently that wasn’t enough motivation.

Holding my nose and flipping a coin on this one, I’ll take the Steelers, 19-17.

Washington at Dallas — Dallas, which still has a shot at winning the NFC East despite a 7-8 record, only plays well against crummy teams. Oh wait, wouldn’t the Redskins with the overall No. 2 pick in the draft qualify as crummy? Cowboys, 30-21.

Tennessee at Houston — The classic “Who cares?” vs. “We care!” matchup. Before mixing in each team’s playoff motivation, these squads are much more evenly matched than Pittsburgh-Baltimore. That makes playoff motivation the deciding factor. Titans, 27-17.

Philadelphia at New York Giants — If the Miracle in the Meadowlands evens out for the Giants — the 1978 fumble return for a touchdown that helped make Herm Edwards famous — then sure, New York could win. Ain’t happenin’, at least not this week. Eagles, 23-17.

Oakland at Denver — By the fourth quarter, the Raiders will be on the roller coaster going down when their playoff hopes are officially dashed, enough for Denver rookie QB Drew Lock to lead the team in his first game-winning drive. Broncos, 27-23.

Arizona at Los Angeles Rams — I put way too much brainpower into all these other picks to worry about this one. Let’s just say I heard Kyler Murray is questionable for the Cardinals. Rams, 26-23.

San Francisco at Seattle — The Seahawks have seemingly lost their home field twinkle while playing better on the road. And bringing “The Beast” — Marshawn Lynch — back for the final week of the regular season after sitting out more than year smacks of sheer desperation by Seattle. 49ers, 20-13.