Things can only get worse for fans of bad teams 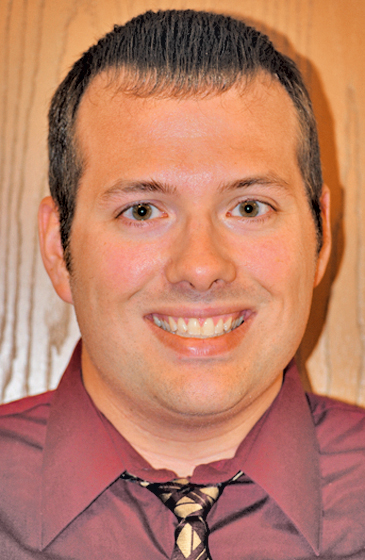 From a young age, we’re taught that when times are tough, or things are just not going our way, that it won’t last and it’ll get better soon.

However, if you’re a fan of certain teams, you start to wonder if you’ve been lied to your whole life and you get mad at yourself for believing it.

Look at Rutgers, a Big Ten football program that will never win the conference, and frankly, doesn’t belong in there despite what the conference tries to tell you.

Exactly 150 years ago this past week, the Scarlet Knights took on Princeton in the first-ever college football game and that’s been Rutgers’ selling point to everybody since. We did something historically significant a few years after the Civil War, so catch Scarlet Fever!

Or look at Minnesota. I grew up in the Twin Cities and the Golden Gophers are a program that will probably never reach its full potential. They were a national powerhouse up to the early 1960s, and then have been mired in mediocrity for almost all of the past six decades.

How impressed are the Gophers with simply being adequate? They’ve gone all in on head coach P.J. Fleck and his “Row The Boat” philosophy. They added oars to one of their helmet designs and gave Fleck an extension after a 5-7 season. He got another after ending Minnesota’s 14-game losing streak to Wisconsin and a Quick Lane Bowl victory.

This year, the Gophers are 8-0, but haven’t played a legitimately good team. However, that’s enough for Minnesota, and Fleck now has a new seven-year deal. The Gophers are going to “Row That Boat” until there’s a gaping hole in the bottom and it starts to sink into Lake Hiawatha.

The pros are even worse. The Detroit Lions are being the Lions this year. Despite having a playoff-caliber roster, they’ll most likely miss the postseason and will waste another year of quarterback Matthew Stafford’s career.

The New York Jets hired a coach, Adam Gase, with crazy eyes who apparently rarely sleeps and took a hit of smelling salts on the sideline to stay awake in August, left his wife’s side shortly after a Caesarean section birth to have a meeting with Peyton Manning when he coached in Denver and was beaten by a winless Miami Dolphins team last week. I’m guessing he probably didn’t sleep well after that, either.

Meanwhile, the Cleveland Browns act exactly like any person with common sense thought they would. After almost finishing .500 last year, a season after going 0-16, media members and delusional fans thought would change. Some even picked Cleveland to win the AFC North, which was laughable.

Head coach Freddie Kitchens threatened to fire anybody who leaked information to the media in August, made some terrible play calls and even told his team to commit a false-start penalty on fourth down to preserve a timeout in the fourth quarter against the Patriots. How did that last one work? Quarterback Baker Mayfield was then sacked on 4th-and-16 and the ball went over to New England.

Mayfield, meanwhile, is circling the drain. He’s not going insane and throwing his career away like Johnny Manziel did, but he’s slowly moving in that direction. He’s lashed out at the media, wore an outfit in a postgame conference that made him look like one of the burglars from “Home Alone,” and shaved off his handlebar mustache after last week’s loss to the Broncos because he “didn’t deserve it.”

When you feel you don’t deserve facial hair, you know you’ve hit rock bottom. The good thing for Mayfield is the Browns have been hovering there for at least 15 years.

As bad as all those teams are, I think the L.A. Chargers are in even worse shape. Why? Because most of those teams have loyal fans that cherish their team despite all the disappointment and heartbreak. However, nobody wants the Chargers, at least not publicly. The Chargers were originally in Los Angeles in 1960, but moved to San Diego after one season. After a mostly successful existence there, Chargers owner Dean Spanos wanted a new stadium and wasn’t getting it.

So after the 2015 season, San Diego relocated to L.A. along with the Rams and Raiders, and after a ballot initiative for a new stadium failed in 2016, the Chargers announced they were moving north. San Diegoans basically told the Chargers to stick it and didn’t care if they left, which more cities should do when owners hold them for ransom.

Spanos soon found out that other cities didn’t want his team, either. The Chargers won’t be getting their own stadium in L.A. as they’ll have to share SoFi Stadium with the Rams in Inglewood when they move in 2020.

Until then, they’ve had to spend the past three years in Dignity Health Sports Park, which sounds more like a retirement community than a stadium. It’s not even a football stadium — it’s a “futbol” stadium, or soccer if you prefer, that seats less than 30,000. The team has struggled to even hit that capacity and Charger fans are frequently outnumbered by their opponent’s followers, most hilariously a couple weeks ago against the Pittsburgh Steelers.

Making an attempt to prank Steelers’ fans, they instead whiffed and actually ended up inspiring the Steelers faithful with the team’s unofficial theme song.

Even winning can’t get people interested. The Chargers made the playoffs last season with a 12-4 record and people still don’t show up.

The Athletic recently reported that some anonymous sources said the Chargers and the NFL were interested in a move to London, but both organizations denied that, with Spanos going unhinged with an expletive-filled rant explaining his team would be in L.A. for a long time to come.

It’s not easy to be a fan of a terribly run franchise or college program. Poor coaching hires, play calls, draft picks and financial decisions can make you want to call it quits, but the great thing is that misery loves company and you can bond with others in your disappointment.

Unless you’re a Chargers fan. You’re all alone and that’s not going to change.