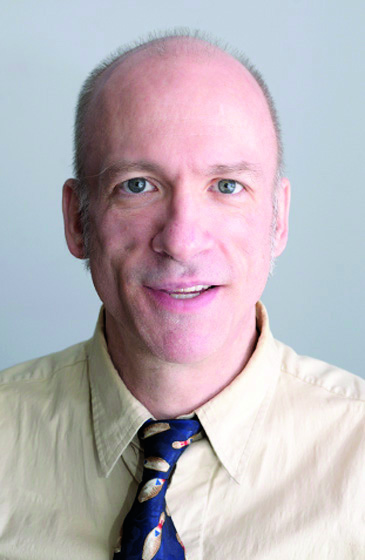 Here’s hoping it’s the normal ebb and flow of the numbers, but it’s rather disturbing to see how many bad pro sports teams there are right now.

In the last few years, the NBA’s Philadelphia 76ers almost made losing look cool with its now-familiar catch phrase, “Trust the process,” and a 10-72 record in 2015-16.

But I think in the NFL and Major League Baseball, crappy play is more a result of poor front-office management than anything else.

I remember just over a week ago how one of baseball’s season-wrapup stories was about the four 100-loss teams, led most painfully by the Detroit Tigers with 114.

That was a record for the sport, though on the flip side, a record four teams also won 100 games.

It you’re comparing it to eras going back to the 1950s or before, it probably would’ve been impossible for four teams to lose 100 games when there were only 16 teams. To get four big losers then would be like having eight 100-loss teams in this era of 30 teams.

But we’ve been on 26 to 30 teams for close to 50 years now, so these ultra-poor performances are curious, if nothing else.

In football, I just saw a story that said four NFL teams — Cincinnati, Washington, Miami and the New York Jets — are winless, the most in Week 5 in more than a decade.

Let’s just chalk it up to ultra-competitive leagues where no stone is left unturned — except by those few worst-of-the-worst teams.

New York Giants at New England — At some point, New England will probably lose a game. But I’ll be content picking their games correctly every single week until that actually happens. Patriots, 33-21.

Carolina at Tampa Bay — Two East Coast teams get a taste of what it’s like for a West Coast team to come east and play at 10 a.m. their own time.

As far as this game, is anyone keeping Cam Newton’s seat warm for him? No, I didn’t think so either. Panthers, 24-19.

Cincinnati at Baltimore — After fooling around and getting stomped by Cleveland two weeks ago, Baltimore better not take any division rival lightly. Ravens, 31-20.

Seattle at Cleveland — This one is scary as Seattle comes east looking on top of its game while the Browns’ Baker Mayfield is understandably annoyed. But I’ll go with the favorite anyway. Seahawks, 24-23.

New Orleans at Jacksonville — N’Orleans’ defense has been overlooked for too long. Saints, 17-13.

Houston at Kansas City — KC quarterback Patrick Mahomes pooh-poohs any talk of injury after getting stepped on his ankle in the loss to Indy on Sunday night. More blame’s been going to the penalties plaguing this team, which doesn’t need time to heal like an injury would. Chiefs, 28-20.

Washington at Miami — I’m really tempted to predict a 0-0 tie in this game, but it’s not like defense isn’t part of the problems for these teams. Count on a new voice at the top to invigorate Washington — for about one week. Redskins, 27-22.

Philadelphia at Minnesota — Geez, if I thought all it ever took to rejigger an offense is a whiny wide receiver, like what happened in Minnesota last week, I’d actually admire those loudmouth prima donnas. Vikings, 23-17.

Atlanta at Arizona — It may not end with a coach’s replacement this Monday, but the Falcons’ situation sure looks an awful lot like Washington’s, just one week behind. Cardinals, 39-29.

San Francisco at Los Angeles Rams — Instead of giving up 55 points to an entire team, maybe the Rams can give up that many just to San Fran’s defensive unit. OK, just a little exageration. 49ers, 30-20.

Tennessee at Denver — This is a crossroads for the Broncos — do they use their first win as a springboard, or are they just happy to get off the 0-16 train? I’ll take the latter. Titans, 23-19.

Dallas at New York Jets — Will Jets QB Sam Darnold be fully healthy after a quick return from mono? What I’ll bet is Dallas’ defense will be eager to find out. Cowboys, 27-17.

Pittsburgh at Los Angeles Chargers — Everything is shouting in my head to take the Chargers. But between their hard-luck existence, some of it brought on by themselves, and Pittsburgh’s propensity to play up in big-time games, I’ll take the Steelers, 27-21.

Detroit at Green Bay — Ah, the game we’ve been waiting for all season. The Lions have won four in a row over Green Bay, and also three of the last four at Lambeau Field. But for the most part, that was under different regimes in each city. With resurgent defenses on both side, I’ll take Aaron Rodgers over Matthew Stafford this time, Packers 19-14.