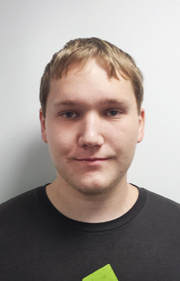 The New England Patriots are in the Super Bowl again.

That’s three straight appearances and four of the last five.

Now this Super Bowl very well could have been the New Orleans Saints vs. the Kansas City Chiefs if not for some questionable calls in both NFC and AFC Championship games.

New Orleans fans are going as far as buying billboards in Atlanta, telling the masses they were robbed on a missed pass interference call, while KC fans are still questioning the phantom roughing-the-passer call on defensive end Chris Jones that gave the Patriots a fresh set of downs when they were losing in the fourth quarter.

That’s all beside the point, though. I usually don’t blame the officials — well, sometimes I do. Maybe the Saints shouldn’t have blown a 13-point lead with their offense pretty much stalling out after the first quarter, and maybe the Chiefs defense should have tapped into the headset of Tony Romo, who was calling New England’s plays before they happened live on national TV in the CBS broadcast booth.

The way I see it, you’re never going to convince either fan base who’s right and who’s wrong, because sports fans are very closed-minded when it comes to giving the opponent any credit. Especially National Football League fans.

So instead of officiating, I just want to discuss the Patriots in general.

People hate that franchise with a passion. “Hate” is a strong word, but it’s true that people really don’t like them.

I’m tired of seeing New England in the AFC Championship game and/or Super Bowl year after year. Other people feel the same way, unless you’re a Michigan fan hopping on the Tom Brady bandwagon or you live in the Northeast.

There’s nothing we can do about it, though. They simply do a great job of consistently winning.

Why hate that? Why hate the success of others? I don’t necessarily hate the Patriots, Tom Brady or their success, but I do like parity when it comes to sports.

In Major League Baseball and the National Hockey League, there’s always a chance for different teams to get into the mix. Look at baseball’s Houston Astros, Chicago Cubs and Kansas City Royals the last few seasons. In the NHL, it’s the Los Angeles Kings, Washington Capitals or Vegas Golden Knights. I know the Capitals have been contenders on a yearly basis, but they just won their first Stanley Cup last season.

The National Basketball Association hasn’t been very fun, either, with Cleveland and Golden State making the finals for the last four seasons. But even that seems more interesting this year with LeBron James out of Cleveland and the Milwaukee Bucks running the Eastern Conference.

I want to know why people hate New England as much as they do. Is it the scandals, Tom Brady acting like a snob or just plain winning? If it was Cleveland or some other team making it every year, would we hate that team just as much?

New England just makes things uninteresting to me. Nothing against their success, but it almost makes me want to skip Super Bowl Sunday altogether. I won’t, though, because I love my food and my football.

It’s time for a new team to run the AFC, but that may not happen until Brady or head coach Bill Belichick are retired, or likely both, go off into the sunset. Until then, we just have to deal with it.

This debate goes back and forth online. Some of my media colleagues say we need to appreciate greatness, while others are just as sick of it as I am. Some could even say hating is appreciating, right? Maybe not.

Turning toward the NFL as a whole, there’s also been debate about overtime rules after playoff games. Brady drove his team downfield for a walkoff winner, while Patrick Mahomes and the Chiefs never had a chance to possess the ball.

So have your defense make a stop. Even allowing a field goal would’ve allowed the AFC Championship game to continue.

I’m a Green Bay Packers fan, so I know what it’s like for my quarterback to be a regulation hero and never see the ball in overtime. It’s happened on many occasions.

It sucks losing that way, so just have your defense make a stop. Problem solved.

I feel for Mahomes. The second-year player and rookie starter had a stellar season and is a favorite for MVP, but his defense was 31st in the league this year. Not ideal for stopping Brady, arguably the greatest quarterback of all time.

College overtime rules? That can be fun and all, but it feels like a shootout in hockey to me. Not a proper way to end a game. Take the Texas A&M and LSU game this season for example, which went seven “overtimes” and ended 74-72. Can you imagine an NFL score like that? Yikes.

I’ll be pulling for the Rams in Super Bowl 53. I like head coach Sean McVay, quarterback Jared Goff and running back Todd Gurley. All of them seem like deserving people.

As for the Patriots, it’s another season with the same story. I’ll be watching greatness, while loathing it at the same time.