Too much of a good thing? Parity may not be NFL nirvana 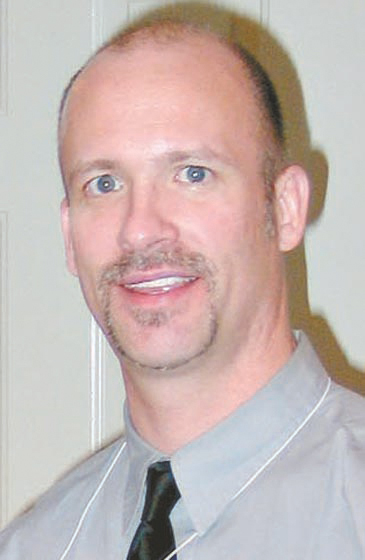 The NFC North right now would be a dream come true for the late Commissioner Pete Rozelle.

The Green Bay Packers’ and Detroit Lions’ division is a model for whatever everyone said he espoused — parity.

Reading online from one of his contemporaries, he was said to not like that term, instead using the phrase “competitive balance.”

The Bears rule the roost with a small percentage-point lead over the Packers and Vikings, as the tie the latter two had early in the season counts as half a win and half a loss. In effect, they’re 3 1/2-2 1/2.

That’s hard to see with the fractions, but if you doubled all those numbers, you’d get Chicago at 6-4 and Green Bay and Minnesota at 7-5. In effect, the Bears would have to play .500 ball for the extra two games to get to 7-5. Close to what they’re doing, which is why the percentage-point lead is pretty small.

I can understand why parity would make good business sense — none of the 32 teams out of the running has to be good for the league’s bottom line.

Like whatever official gives a team a break or is harsh about penalties determines the outcome of every game?

Sometimes it seems it’s getting that way. But then you see the 6-0 Los Angeles Rams and understand it’s no lucky break that they’re this good.

Or on the flip side, 1-5 Indianapolis, Oakland, New York Giants, Arizona and San Francisco. Not that I’ve watched them much, but it doesn’t sound they’ve had bad luck getting to their places, either.

One division with the teams I know best is all the parity I can stomach, however.

Now onto the picks:

Denver at Arizona — Denver just seems like they should be turning things around soon. They did lose by just three points to the Rams on Sunday, so that’s saying something. Broncos, 24-19.

Tennessee at Los Angeles Chargers — The AFC South is another division of parity, or make that, parody, with a trio of 3-3 teams at the top. Go against them. Chargers, 27-20.

New England at Chicago — Now that Patriots’ quarterback Tom Brady has some weapons, the oft-suspended Josh Gordon and the recently suspended Julian Edelman, and the Bears’ Khalil Mack is hobbling, New England is back to its ol’ self with Bill Belichick scheming about ways to take advantage of young Chicago QB Mitch Trubisky. Patriots, 24-13.

Buffalo at Indianapolis — Indy isn’t even in the race in that division without a winning team, the AFC South. But Buffalo doesn’t have a serviceable QB with rookie Josh Allen out, having to turn to semiretired Derek Anderson, who’s been with the team for a week, so it can avoid playing interception-machine Nathan Peterman. Colts, 20-19.

Houston at Jacksonville — I’m jumping ship until further notice on the Jags. Texans, 27-23.

Cincinnati at Kansas City — KC had a bump in the road in the first half vs. the Patriots, no surprise there. They’re ready to rev up the motor again. Chiefs, 33-24.

Detroit at Miami — If the Dolphins were any better, I’d pick Detroit to win. But this doesn’t look like one of the games the Lions will get up for. Dolphins, 31-26.

Minnesota at New York Jets — Minnesota looks like it should be ready to break out of its floundering ways. The Jets just look like pan-fried flounder. Vikings, 30-20.

Carolina at Philadelphia — Again, the Eagles look like they’re ready to break out. What can the Panthers do with their oft-inaccurate QB Cam Newton? Eagles, 27-23.

Cleveland at Tampa Bay — Tampa made a nice second-half comeback Sunday, even if their multi-lateral final play went awry. Buccaneers, 23-19.

Dallas at Washington — Speaking of a mediocre division, the Redskins are in first place alone in the NFC East at 3-2. It’s always easier to do the chasing that being the chased. Cowboys, 24-20.

New York Giants at Atlanta — I’m going to say the same thing for the third time in the last four weeks. Comparing the Giants to any NFC South team seems like comparing apples to oranges. And I don’t even know which of those fruits I like better. Falcons, 35-20.