Something good in an awful sport 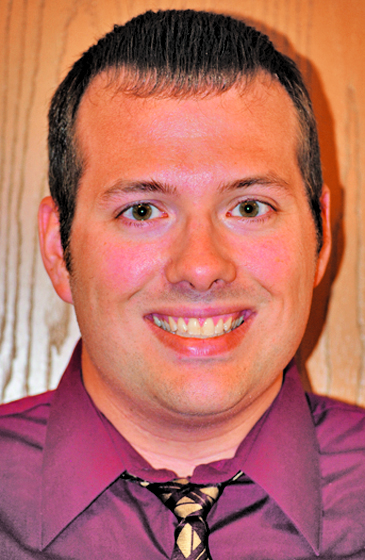 College football is a wasteland of rancid sludge right now. Day by day, it seems like there’s a new scandal with an NCAA Division I program. It used to be just financial corruption like the infamous SMU violations in the 1980s, where they had current players on a secret payroll and bribed recruits with money and other items.

These days, college scandals aren’t just ones you can shrug off or just accept as it’s just how the “game” is played.

They’re flat-out disturbing, involving violence and abuse. Ohio State shrugs off a coach’s domestic abuse, Maryland not only emotionally and physically harassed its players but had one die on its watch, and we all know what has happened at Baylor and Penn State.

Meanwhile, Michigan State’s entire athletic department is spreading a foul stench around East Lansing, so our state isn’t immune to horrible acts, either.

With all this going on, it’s hard to get excited this fall as you wonder in the back of your mind if you can really support a sport that seems to be so tarnished.

Some fan bases are more than willing to get past all of this. It’s obvious anytime you interact with them on social media.

Buckeyes fans are the most vocal right now, which isn’t surprising considering how massive OSU’s fan base is, but Maryland supporters are almost as bad and even to this day, a large number of Nittany Lions fans act like Joe Paterno was a saint.

All of this is just disgusting, and despite our best efforts, it’s hard to ignore.

However, there is a happy story in all of this darkness. It’s actually more ridiculous than happy, but it’s a fun type of ridiculous.

Last season, the Central Florida Knights finished the year 13-0, the only D-I program to have an unblemished record. This is impressive as just two seasons earlier, the Knights went winless (0-12).

A lot of people credited then-head coach Scott Frost for the dramatic turnaround and UCF became the fun little story to talk about outside of the College Football Playoff.

These Knights played Auburn — which was the only team to beat both national championship game combatants, Alabama and Georgia — in the New Year’s Day Peach Bowl.

UCF upset the Tigers to end the year undefeated and then decided to have a little fun with it. The day after beating Auburn, the Knights dubbed themselves the real national champions on Twitter and continued to do so for months, but that wasn’t enough.

Both Frost and athletic director Danny White also backed up that claim and UCF put a championship banner in its home stadium. Not enough antics for you? The Knights gave their coaching staff championship “bonuses,” made championship rings and held a title parade at freaking Disney World. The Florida House of Representatives even voted unanimously to approve a special UCF championship license plate to commemorate it.

Say what you want about all this, but you have to give credit to UCF. When the Knights commit to something, they go all out.

Naturally, this irked some of the Alabama players, who had beaten Georgia in overtime to win the actual national championship, and the Crimson Tide dismissed it on social media.

Alabama head coach and Bill Belichick clone Nick Saban was even forced to talk about UCF’s claim to the throne. To his credit, he praised the Knights for what they accomplished, but went on to say “self-proclaimed is not the same as actually earning it.”

Well that’s too bad, Nick, because you and the Tide can’t disregard it any more as UCF officially has a championship.

Yes, you read that correctly. In the NCAA’s official record book, the Knights are listed alongside Alabama as champs.

How, do you ask? Well the NCAA not only lists the team that won the College Football Playoff as the titleholder, but also any other team that finished atop the various final polls and computer rankings in the country, which almost always vote for the playoff winner.

Last year, one computer system decided to go literally “against the Tide” — Colley-Matrix voted for UCF. This isn’t the first time Colley has done this, but this is the first time people have really paid attention to it.

If you’re wondering why the NCAA does things this way, it’s because it doesn’t control the FBS playoff format like it does at the FCS, Division II or Division III levels.

So it simply places all the teams that are No. 1 in each of the rankings in the record books, and now UCF can truly call themselves national champions.

Other schools have attempted to do this in the past, with the most recent example being Texas A&M, which decided to give itself two more national titles in 1919 and 1927.

Back then, there were even more polls and rankings than today so multiple schools could claim championships. Based on rulings from the National Championship Foundation, the Billingsley Report and the Sagarin Ratings, the Aggies technically got two more national championships.

Woo hoo. Congrats, Aggies fans, you have titles from almost a century ago that nobody cares about.

After last season’s publication, the Knights naturally celebrated on Twitter and helped reignite the debate over if UCF should’ve been in the playoff over Alabama, which managed to squeak into the fourth and final spot despite not winning the Southeastern Conference or even the SEC West. I think that argument would’ve been stronger if the Tide hadn’t won the playoff.

However, one argument has been settled now — UCF is a national champion. In January, the Knights’ claim was cute and maybe a little over the top, but it worked. They’re now in the record books alongside Alabama, which may frustrate Tide fans, but there’s nothing they can do about it.

To rub more salt in Alabama’s small but annoying wound, a UCF alum named Chad Barr planned a surprise for the Tide when it played Louisville in Orlando on Saturday. Barr, who has his own law office, hired a pilot to fly a banner saying “UCF ’17 CO-NAT’L CHAMPS 13-0 CHADBARRLAW” for two hours before the game’s kickoff.

Perhaps it’s appropriate for a lawyer to have the final say on the matter, because thanks to that computer’s “opinion,” UCF’s championship is officially in the books. And that’s a nice, fun story for a sport that is in desperate need of one.