Missing out was actually a good thing 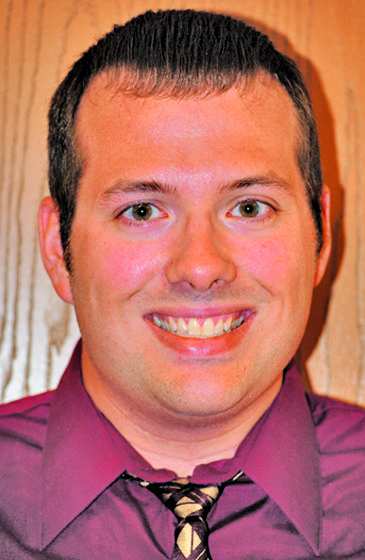 The Minneapolis Miracle will live on forever. There are only a few football moments that will linger in people’s memories and will be replayed repeatedly year after year.

What happened last Sunday in Minnesota is now one of them along with the Immaculate Reception, The Catch, and David Tyree’s helmet snag to derail the New England Patriots’ perfect season.

And I missed it.

My family, friends and fellow sports journalists all gathered around their televisions or phones to see what was probably going to be the best game of the NFL playoffs.

They watched the Vikings take a big first-half lead, blow that lead and then pull off the win thanks to an amazing catch and some head-scratching defense.

The play is really something to behold. If you haven’t seen it yet, the Vikings trailed the New Orleans Saints by one point with just 10 seconds left and were desperately trying to get into field-goal range to keep their season alive.

Quarterback Case Keenum heaved a pass to wide receiver Stefon Diggs toward the right sideline. If Diggs caught the ball, in theory, he was supposed to immediately step out of bounds to stop the clock and let Minnesota set up for a last-second field goal attempt.

Instead, something incredible happened. After Diggs caught the pass, Saints safety Marcus Williams, who had picked off Keenum earlier in the game, dove at Diggs, but missed him and collided with teammate Ken Crawley. As a result, Diggs ran untouched down the sideline for the winning 61-yard touchdown.

Clips of the play are all over the internet, including the call from Fox Sports television announcer Joe Buck, another call from Minneapolis radio broadcaster Paul Allen, a sideline cam where the roar of the crowd rises steadily with each Diggs step, as well as several fans’ reactions.

It’s really amazing to watch, even if you’re not a football fan.

So where was I, a Vikings fan, during this moment? I was in a movie theater in Marquette. I had been watching the game earlier and saw my beloved team take their big advantage into halftime.

Why didn’t I watch the end? Because for the first time, possibly ever, I was confident in my favorite football team. I’m not sure why exactly, but I genuinely thought they’d win.

The plan was for my wife and I to go see “The Post,” the Tom Hanks-Meryl Streep newspaper film, later that night. However, I was secure enough with Minnesota’s performance that we went to the movie early.

It may surprise you, but I don’t regret it.

I watched the movie, which is great by the way, and tried to shut off my mind. My dad, back in Minnesota, had been sending me texts throughout the game and my Twitter feed kept going off, but I decided not to check them.

I was still confident and the theater was surprisingly full, so I didn’t want to be “that guy” and check my phone constantly — and besides, my wife would probably consider divorcing me if I did.

So we left the theater in a good mood and I felt rejuvenated. My profession has been suffering, but after watching the Washington Post (and New York Times) survive the efforts of the Nixon administration to suppress the First Amendment, I was happy.

Newspapers are vital and people still want to be informed on important issues. Journalism still matters and that made me feel good. Then I checked my phone and went into a state of pure joy.

When I got home, I scrolled through my dad’s texts, my friends’ texts and my Twitter feed and immediately flipped on the TV.

The game had only been over for a few minutes, so Diggs’ catch was still being replayed on several channels. After watching it probably a dozen times, re-Tweeting people and liking Facebook posts, I sat back in my chair for a minute and reflected.

For the first time in my life, a play like that had gone Minnesota’s way. The Vikings have destroyed their fans’ spirits with missed field goals, untimely fumbles, terrible interceptions, bad coaching decisions and various other heartbreaks.

This was different. Minnesota won for once and that was unheard of for most of us fans. It was a feeling that I may never have again.

Most people would agonize over missing a play like that, but I don’t. Yeah, I missed something amazing and a moment that may never happen again, but I’m OK with that.

If I had watched Minnesota’s second-half collapse, I would’ve been a miserable wreck and I had already gone through that when the Chicago Cubs won the World Series two years ago. I don’t need to suffer like that again.

Tonight, the Vikings will have a chance to make their first Super Bowl since the 1970s, and not only that, but play for a title on their home field at U.S. Bank Stadium, something no NFL team has done before.

I’ll probably watch the first half and then see how things go. If Minnesota jumps out to a big lead on Philadelphia, I might just turn off the TV and watch a movie. Maybe another newspaper film like “Spotlight.”

It will take my mind off things and maybe cause a Vikings’ Super Bowl bid, which will make so many people in Minnesota fall down in a state of ecstasy.

And I’ll miss it. But like last Sunday, I’ll be fine with that. Even if it’s another miracle.